Turnage Theater | Beaufort County Now | The Turnage Theater was one of two movie theaters in downtown Washington when I was a child. The other was the Meritta on the south side of West Main Street.

Mike hails from Lenoir, North Carolina, nestled in the Brushy Mountains, just east of the Blue Ridge. After his show at the Turnage Theater, Mike opined to me, "Some of the best American music ever made is within a one hundred and fifty mile radius of Wilkes County." Mike’s home county of Caldwell is on the southwestern border of Wilkes County, and that includes Mike, and quite a few others, which puts many of these fine musicians within a short drive of the Beaufort County’s Turnage Theater. 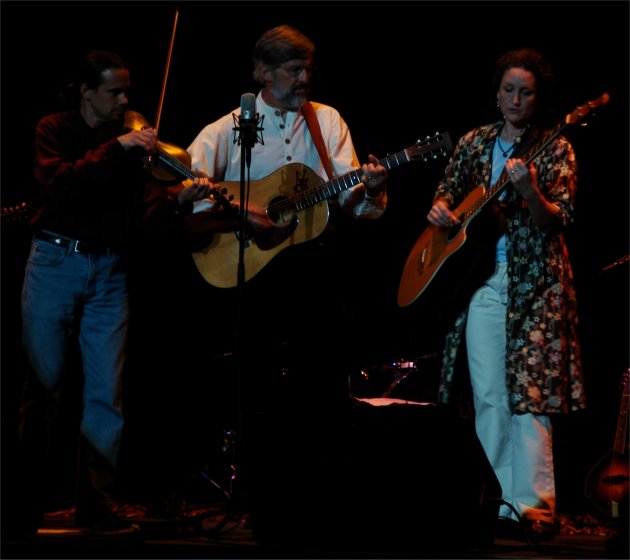 Justin Casey in center of frame as he fronts Carolina Still.     photos by Stan Deatherage

Beaufort County native Justin Casey had recently assembled the band, with an apparent desire to combine traditional country music, blended with a hint of bluegrass driven by the energy of the classic chords of real rock and roll. Pattie Hopkins, a Martin 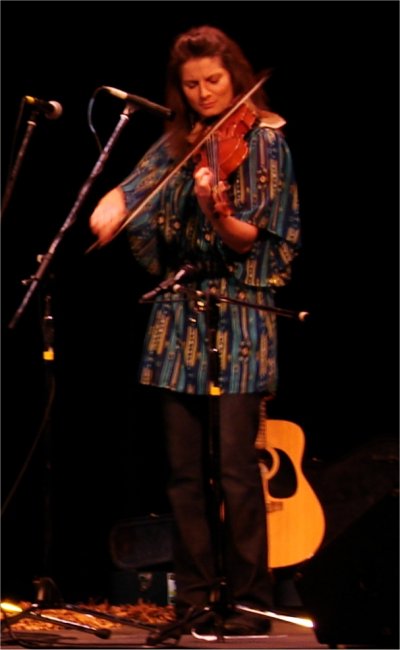 County native, is an ECU classically trained violinist, who knows the proper bow work to turn her lovely violin into a galloping fast fiddle, providing much of the pace of this young band’s solid sound.

The band is rounded out by upright bass player Andy Wallach, a transplanted mountain man now hailing from Beaufort County local; Billy Smith on vocals and drums, and newcomer Josh Holton on Banjo. They are learning to keep a tight tempo, and as they discover their musical synergy, they are presently available at the Turnage Theater, as are many other fine local musicians that my be discovered by an adoring public and earn the right to a lasting success.

Some musicians, like Carolina Still and Barnraisers, are beginning their careers, while other musicians, like Mike Cross and Molasses Creek, have enjoyed regional notoriety. All have and will perform at the Turnage Theater, as will other acts that have known a more expanded sense of accomplishment, but be surviving more on their nostalgic value, a rather than any fresh achievement in the musical realm. Regardless, the Theater will provide a beautiful and a near acoustically perfect platform for the performing arts: theatric and musical acts alike.

Barnraisers, the husband and wife team of Tiffany and Adam Forsythe, were the second musical team to take the stage that Saturday Night. This dynamic duo help broadcast the music of the past by putting not their own spin on it, but write many of their songs themselves: some of them very personal and others very similar to Mike Cross’ brand of colorful lyrics. 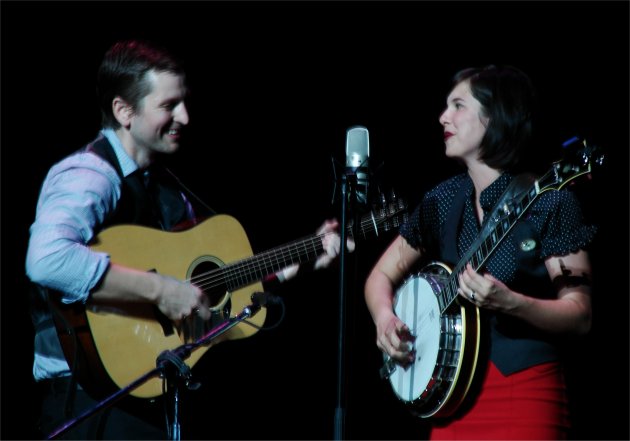 Tiffany sang very well in a strong, ranging voice and accompanies her fine voice with her own rhythmical banjo plucking, that well revitalizes the sound waves bouncing about the Turnage music hall. Adam, the more silent member of this traveling troupe, complements their sound by providing the fine harmony of purposeful background vocals and the steady guitar work of both rhythm and lead. Barnraisers were well received that night by a most appreciative crowd.

Light’n Wells was the late summer addition, on August 15, 2009, in the Traditional Music Series that provided the patrons of the Turnage Theater a glimpse into the musical staple of the people who tended much of the back fields, along the dusty back roads, mostly within the great watershed of the mighty Mississippi - The Blues. Light’n is the proverbial one man band, tapping his foot as he lays down his rhythm, and builds upon it with his own meandering lead: a blues tuned and played banjo, the standard 6 string acoustic guitar, the ukulele and his integration of the sliding bottle along the fretboard of his varying 6 strings, bending the stringed notes of the blues for the music purist that made up the bulk of the audience that night. 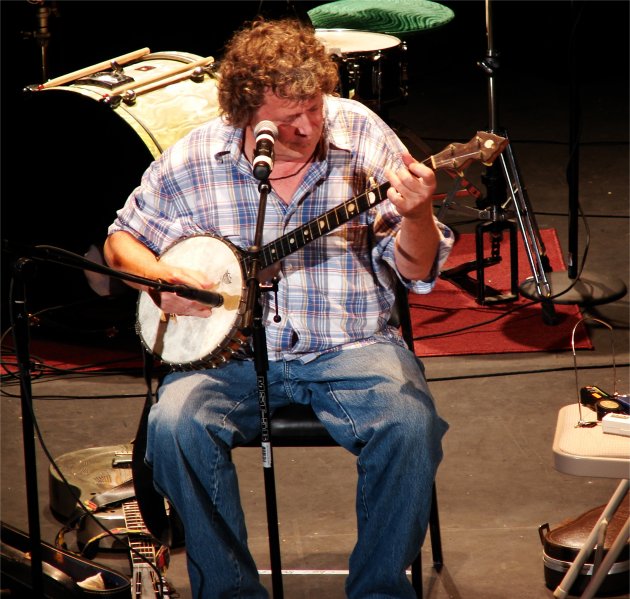 Light'n Wells mixing it up with a unique sound - a blues plucked banjo.     photos by Stan Deatherage

Light’n Wells possesses an encyclopedia knowledge of The Blues and his concert was a vivid example of a time and the music of a social class of people that no longer exists - except as the backbone of rock ‘n’ roll and the very few musicians revisiting our musical past and exposing it to the direct or ancillary children of that past. This was a good night to discover the past and enjoy its mournful tones.

The Turnage Theater is becoming that kind of platform: an exposition of the arts the tilted our past and do temp our creative remembrances deep with within psyche. I hope the folks of our region will embrace this stage, just as they do or should embrace the arts. The price of admission is reasonable and the visual and auditory arts are good what ails you. The Turnage Theater worked for me when I was a youngster and it works for me now.