Oblivion | Eastern North Carolina Now | Future Earth after an alien invasion, and eventually Tom Cruise's character is left to pick up a good many of the broken pieces. Sounds solid enough for a decent film. 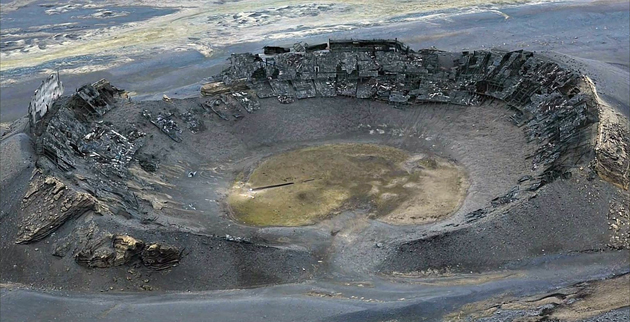 Pursuant to the discussion of the tsunamis, and other natural phenomena brought on by the unnatural destruction of the moon, we are offered the visage of the remnants of Giants Stadium in New Jersey: Above, and then below - the Pentagon in northern Virginia.     Click image to expand. 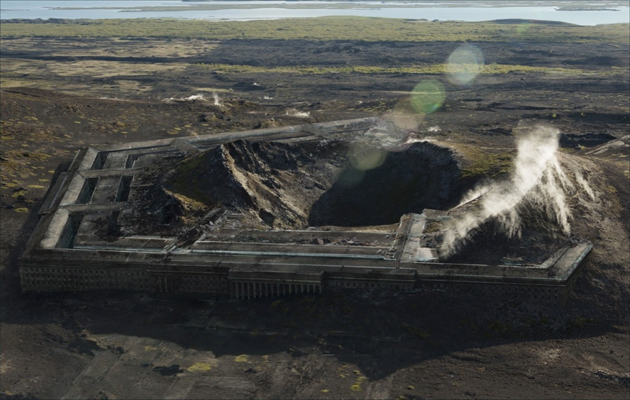 Furthermore, Jack was led to believe that the defeated aliens, after their defeat, had assimilated into small pockets of resistance on Earth, and would need to be eventually routed for the Humans to ever have any hope to regain their natural home. At some point Jack would discover that all he had been made to believe, after having his so-called memory wiped, would be a lie. Possibly even the whole of his life. 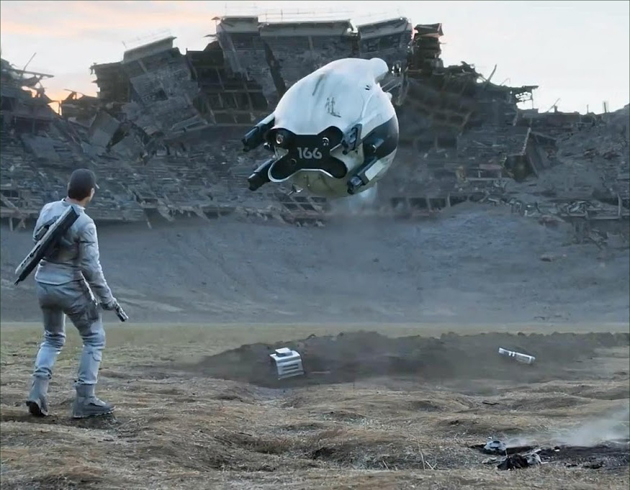 Jack /Tech 49 repairs the drone tasked with the safety and the continuance of purpose of those that occupy the space station /moon: Above. Jack meets another human, not an alien in the Resistance, still on Earth - Beech, played by Morgan Freeman: Below.     Click image to expand. 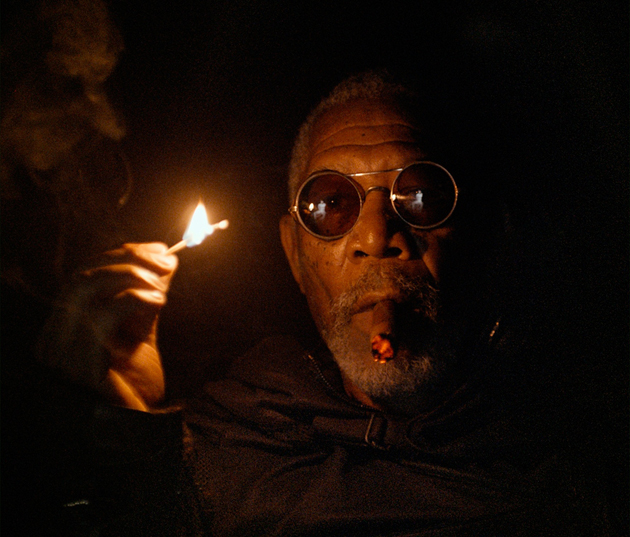 As is the way with lies, the truth, however cumbersome, is eventually found out. After Jack Harper (Tom Cruise) meets Beech (Morgan Freeman), he begins to discover all that was real and true and how it conflicts with the narrative - the only truth that Jack can remember. 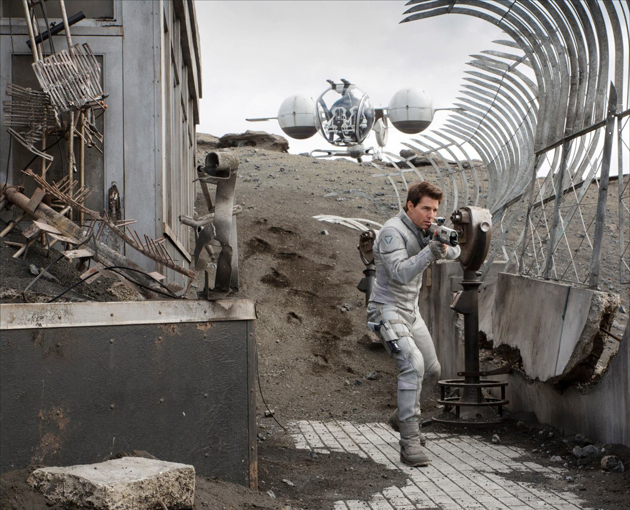 Once Jack Harper finds the path to discover the truth about all existence that concerns him, his path is made more difficult; when he discovers an alien beacon within what is left of the observation deck at what is left of the Empire State Building: Above. And when the drones, he has maintained turn on him: Below.     Click image to expand. 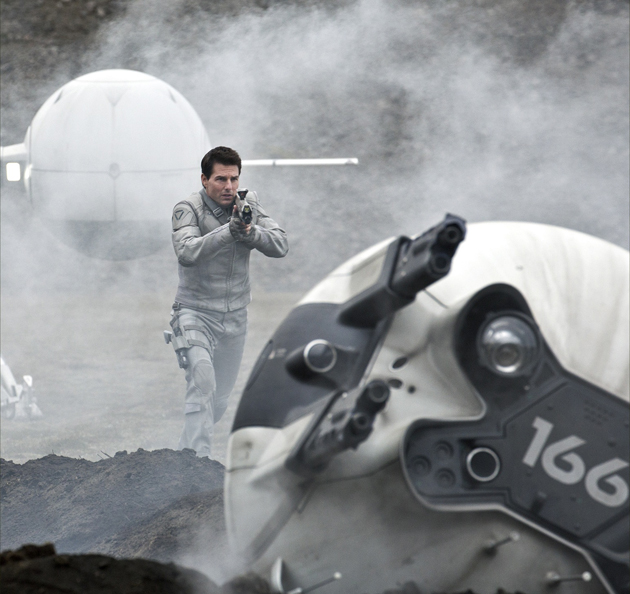 The truth of the matter is that Oblivion is a good film, but, as I mentioned earlier, I am partial to science fiction stories. I grew up reading Jules Verne and H.G. Wells, then J.R.R. Tolkien and later Kurt Vonnegut, Jr., and now, with computer graphics so wonderfully excellent, I enjoy the movies, especially in theaters when I have the time. Joseph Kosinski's "Oblivion" did not disappoint, and for that I am thankful.

The film had: a full blown apocalypse, aliens, clones, fight scenes against incredible odds, a credible story, eye-popping computer graphics, and Tom Cruise doing his intense acting aura that is the 'gold standard' for this generation of action actors, so what was there not to like. In 125 minutes of runtime, I enjoyed what the film offered, and actually felt that every minute of my time was well spent. What better commendation can I offer than this? 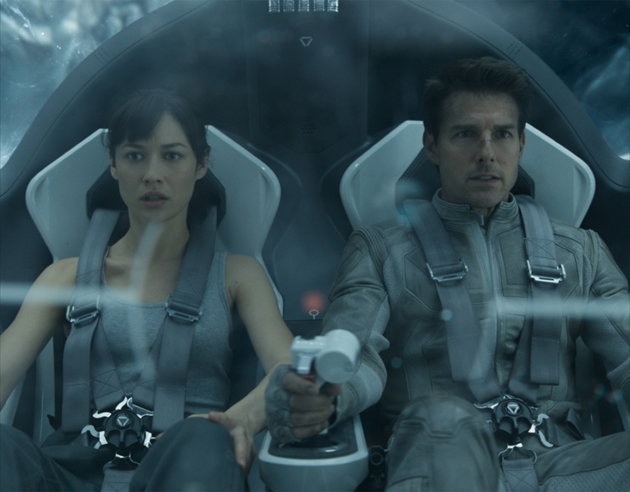 At a critical juncture, Jack Harper (right) is re-united with his best girl, Julia Harper (left), played by Olga Kurylenko, and this is just one more point, when the intensity level has the cause to ratchet-up the anticipation factor just one more level: Above.     Click image to expand.