TMc Digest: Right to Secede? Part 1 | Beaufort County Now | But one question that came up almost every class period and by every group was this: "Do the states have the right to secede?" | Ted McDonald Digest, Diane Rufino, State's right to Secede, Declaration of Independence, Independence Hall, Philadelphia 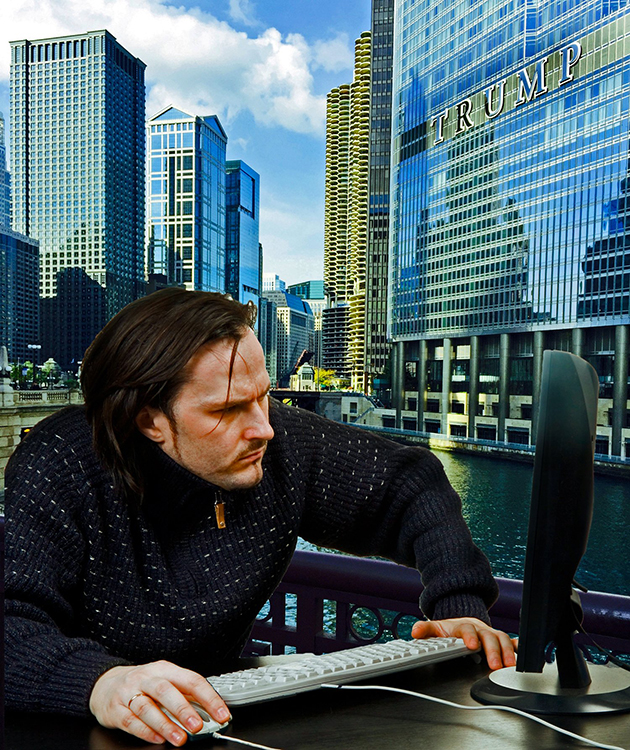 Publisher's note: Ted McDonald has broken new publishing ground, here at BCN, by taking a Diane Rufino post, "The Government Shall Not Prohibit the Free Exercise of Religion", and condensing it in an abridged manner similar to Reader's Digest of old.

Remember, this is Ted and not Diane doing this; however, as publisher, I consider this indeed a proper service, and welcome Ted's abridged understanding of Diane's well considered words. Thank-you Ted for honoring Diane's work enough to re-state it again, even in this condensed version.

Editor's Note: Condensed by deletion: No additions or modifications.

But one question that came up almost every class period and by every group was this: "Do the states have the right to secede." Each instructor who was asked the question gave a different answer. I didn't know, so that was my answer, although I explained what John Locke would have said and what the answer would be if you look at the Constitution as a Social Contract. I also know what our Founders would have said, as clearly written in the Declaration of Independence.

Our Founding Fathers signing the Declaration of Independence at Independence Hall in Philadelphia, 1776: Above.

So, seeing that people were generally interested in the question of secession and now with the fact that almost all 50 states have filed petitions requesting a peaceful secession from the Union (as of Nov. 14, it is reported that 47 states have filed such petitions with the White House - see later), I thought I would review that topic in as much detail as I can."

Thus, the right is left to the People and the States, under the 9th and 10th Amendments, respectively. Even more fundamentally, the right of secession comes from the "Compact Theory of Government," the doctrine that holds members of society together in a government system and gives it a legal basis.

That compact theory is a term that was used commonly in the days of our founding, up until the time of the Civil War.

The first principle is the Compact Theory of government. Our Declaration, while defining our nation's ideals, is actually a secessionist document. It makes the case for the right of the American colonies to sever its political bonds with Great Britain. And what theory did our Founding Fathers use to support their case? The Compact Theory ("Whenever any form of government becomes destructive of these ends" - ie, it's obligation to protect the rights of the people - "it is the right of the people to alter or abolish it, and to institute new government.")

In this article, after addressing the basis for secession, I will go into detail about the Civil War to highlight Lincoln's great misconceptions of the Constitution and our underlying government principles It is important to make this critical analysis because the only case decided by the Supreme Court on the issue of secession - Texas v. White (1869) - flows intimately from Lincoln's administration. His misconceptions profoundly influenced the Chief Justice, Salmon Chase, who wrote that decision. Chase never even went to law school

When we think of secession, we are almost programmed to think about slavery, the Confederacy, and the Civil War. But that wasn't the only time American states rose up in secession. But it was the only time it was unsuccessful. The first time the states - or colonies - seceded was in 1776 when they declared their separation from Great Britain with the Declaration of Independence. Again, the Declaration was a secessionist document.

The Southern states seceded in 1860-61 essentially because of slavery. If it weren't for the antagonism between the North and South over the issue of slavery, the bigger issue of States' rights would not have asserted In particular, we are talking about the sovereign rights of a state - the right of self-determination, self-protection, and the right to control its destiny. These are all fundamental rights belonging to a sovereign. As we all know, our country is based on individual sovereignty, where powers have been delegated specifically from the individual to the government for it to run the Union properly. As the Declaration lays out, our nation is founded - and grounded - on the notion that individuals are the real sovereigns. As such, individuals have the "unalienable rights to Life, Liberty, and the Pursuit of Happiness." And thus we see the great explanation given by Thomas Jefferson in the second paragraph of the Declaration of Independence of our fundamental rights and our foundation of government:

That to secure these rights, governments are instituted among men, deriving their just powers from the consent of the governed. That whenever any form of government becomes destructive to these ends, it is the right of the people to alter or to abolish it, and to institute new government, laying its foundation on such principles and organizing its powers in such form, as to them shall seem most likely to affect their safety and happiness."

Back in 1860, the states still remembered why they fought for their independence from Britain and why they joined together in a Union (as Ben Franklin advised, for mutual benefit - "Join or Die"). They joined for security and on the basis that each state would be on equal footing. They would enjoy the protections and benefits of the Constitution - EQUALLY. They seceded for the same right of self-determination and self-government that our earlier Americans asserted for our independence from Great Britain.

In Lincoln's mind, he was preserving the Union, but the reality is that he declared war - a bloody, costly war - on a people who peacefully, legally, and perhaps rightfully severed relations with a government that had become hostile to them and their interests, and no longer served them equally or fairly.

Personally, when referring to matters of liberty and the Constitution, I find it offensive to hear people use terms such as "the ends justified the means." It means that we are compromising on core principles. It simply means they don't value the rule of law as laid down by our Founders. The laws are supposed to protect us equally and under all circumstances - especially in trying times. Lincoln had that mentality (and we had the suspension of habeas corpus for American citizens and the disastrous precedent that our government can put its own survival over the interests of the states and the People - that it doesn't have to observe or value the sovereign rights of citizens or states as laid out in the Declaration to "alter or abolish" their government, or at the very least to peacefully dissolve their political bonds so they can govern themselves more appropriately). Each president who adopts that mentality - and puts ambition over protections provided in the Constitution - perverts a fundamental principle of law upon which our country was founded.

Just recently, the residents of all 50 states have filed petitions with the White House requesting permission for their states to peacefully secede from the Union and to establish a new government. The movement began on November 7, the day after the election, when Louisiana residents filed the first petition. They represent people who are fed up and who feed disenfranchised by their government and they want to exercise their rights under the Declaration of Independence to dissolve their bonds with government and establish their own, new government. Since that date, the remaining 49 states have joined in, with Vermont, Maine, and Washington being the last to file.

The Louisiana petition, which served as a pattern for many of the new states, simply reads: "We petition the Obama administration to: Peacefully grant the State of Louisiana to withdraw from the United States of America and create its own NEW government".... followed by two clauses from the Declaration of Independence. The Texas petition was much more creative. Texas articulated its argument for secession this way: "The Texas petition explains itself this way: "The U.S. continues to suffer economic difficulties stemming from the federal government's neglect to reform domestic and foreign spending. The citizens of the U.S. suffer from blatant abuses of their rights such as the NDAA, the TSA, etc. Given that the state of Texas maintains a balanced budget and is the 15th largest economy in the world, it is practically feasible for Texas to withdraw from the union, and to do so would protect its citizens' standard of living and re-secure their rights and liberties in accordance with the original ideas and beliefs of our Founding Fathers, which are no longer being reflected by the federal government." [https://petitions.whitehouse.gov/]

As will be discussed below, the states don't need to ask permission from the federal government when they wish to dissolve their political bonds. The creators do not have to ask their creation for permission.

"All the states that entered the Union believed they had a right to secede. In fact, part of New England wanted to secede very early on and no one complained. Thomas Jefferson and Patrick Henry supported the right of secession and Henry even suggested that Virginia leave the Union.

It is very American to talk about secession. And President Woodrow Wilson dragged us into World War I because he argued that e every country ought to have the right of self-determination. Why do we think differently when it comes to our country?

Secession is a good principle.

We came together voluntarily and we should be able to separate voluntarily. You know, it's a shame that for so long now we've been indoctrinated with the Pledge of Allegiance - "One Nation indivisible..." Most people don't know who wrote the pledge. It was Francis Bellamy who wrote it in 1892. Bellamy was an avowed socialist who wanted to put the concept of indivisibility into the pledge to the flag.

I think we need a discussion about secession and what the state's rights are. There will come a time when the federal government will no longer be able to deliver and that day will come when the dollar collapses.