TMc: Self-Help Books | Beaufort County Now | John 5:6 Jesus saw him lying there and realized he had already been there a long time. "Do you want to get well?" | Al Franken, snl, Stuart Smalley, John 5:6, Jesus, High School, Self-Help Books 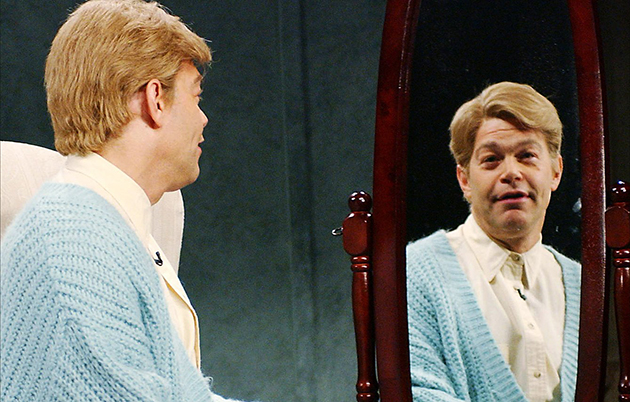 John 5:6 Jesus saw him lying there and realized he had already been there a long time. "Do you want to get well?"

It started in High School when I realized I would never be first string on the Football team and could not compete in the Track 100 yard dash. Despite average grades, my Mom said I could be anything I set my mind to and Self-help gurus said, "Dare to be great." Soon 72 and a lifetime of average accomplishment, I still believe there is a hidden talent in here somewhere.

Maybe a walk down memory lane will save young folks some time in becoming "someone else." You must first become dissatisfied with yourself then find a "Doctor" to heal. I remember Zig Ziglar and Tony Robbins lectures. Book titles come to mind...Power of Positive Thinking, Psyco-Cybernetics, Winning by Intimidation. Courses include Dale Carnegie.

The two most useful to me were the Dale Carnegie course and the book Psyco-Cybernetics.

Some people fear public speaking more than a street fight. I overcame some of that fear in the DC course and learned that an average guy can communicate with strangers. I learned from Psyco-Cybernetics that day dreaming about a skill is almost as useful and real practice. Maybe watching YouTube is the same.

Once you accept the theory that only 10 per cent of the brain is used by average guys, you can start accessing the remaining 90. Forget about the math geniuses and Wharton Business school grads. They do not have your street smarts.

Hopefully, you have focused on one job to begin the climb to success. Are you going to be a real estate tycoon or build tall buildings?

I imagined a career as a psychologist and a job like Jane Goodall watching chimps all day but average grades in the courses in Community College redirected me to sales to construction.

Email for a friend.

There are many self-help or positive thinking gurus over the years. I have read many of the books and listened to many of the tapes. I have tried to condense the basic meaning of each down to just a few quotes or fundamental points.

When you get right down to the conditioning of the mind, it is nothing more than setting up a mental gate which you and you alone have control over who, what, how and when thoughts pass into the remarkable group of cells where cognitive thought is sorted and stored.

If you subscribe to the philosophy that the mind is merely a very complex computer that operates on a set of instructions, then you may be a candidate for the teachings and thoughts of various speakers and leaders in the field of mental programing.

But be careful, the field is full of charlatans, phonies, hypocrites, and imposters. But is also true that sometimes good ideas come from bad sources. That is why I declared you as the gatekeeper. My inclusion or exclusion in this list is not to be interpreted as a total endorsement or condemnation of the ideas or people, but merely a context for additional thought and reflection.

Conclusion: Folks gained confidence reading these books and were improved that resulted in more money. You can always learn from winners.