Mission Command: The Tribes of God Assemble (Part 1) | Beaufort County Now | Get a good cup of coffee and decompress with The Wolfman as he gives us his account of what really happened on the ground in DC. This is an exclusive series that will not be found anywhere but BCN.

Login to Send a Private Message to William H. Cratch lll
Publisher's note: This post is an installment of a multi part series on one man's perspective of the "mostly peaceful protest" at the our Nation's Capitol on January 6, 2021. Click here to access a list of the posts in this series.

"(1) For it is a time of distress for Isra[el, a fixed t]ime of battle against all the nations. The purpose of God is eternal redemption, (2) but annihilation for al1 nations of wickedness. All those pr[epared] for battle shall set out and camp opposite the king of the Kittim and all the forces (3) of Belial that are assembled with him for a day [of vengeance] by the sword of God" .

Upon arriving in DC at 6:30 A.M., we assembled at the Washington Monument via Constitution Ave. Fellow patriots were claiming their spots upon the field, recharging, conversing and ultimately keeping watch. The tribes of God were assembling. The banners of God's tribes were coming in from all directions with pride and honor. Within 2 hours, the Washington Monument was surrounded. I felt tears coming to my eyes as the picture in front of me was similar to that of "Braveheart". For a moment, it seemed as if we were in York awaiting to surround the English. I began to see, judging by the body language of several elder statesmen, that something wasn't right. This is the moment where everything began to change. 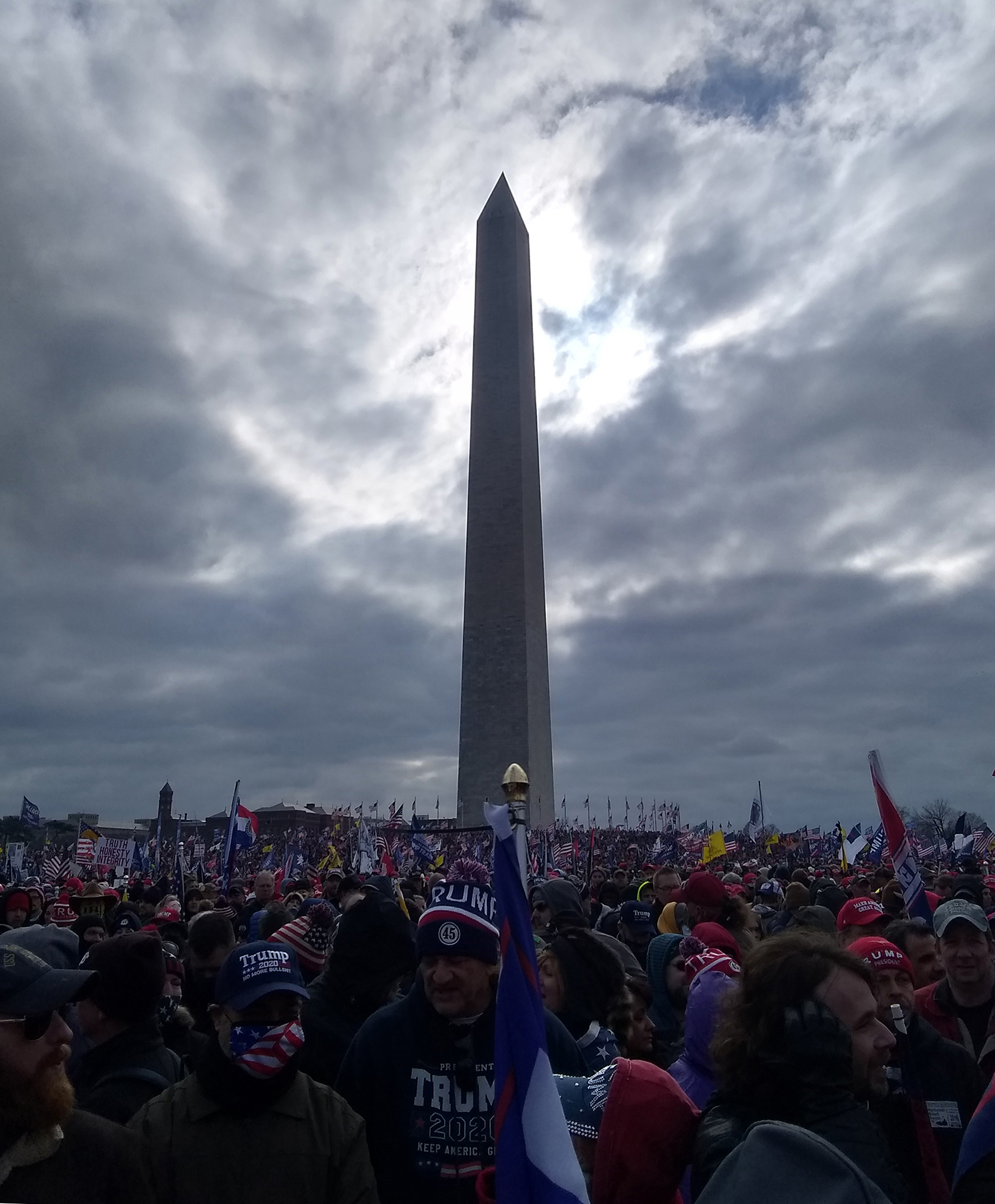 Supporters of the 1st Amendment's guarantee of the "right to assemble" congregating on the hill where the Washington Monument rises 555 feet into the sky: Above.     photo by William Cratch    Click image to expand.


When President Trump stepped up to the podium, he had a look of deep love and compassion for his fellow Kinsmen. It again confirmed every feeling I've had about the Great President. He IS of the Clan MacLeod, he has a big heart and he IS a Son of Light. I believe that Trump is the modern-day King David. Certain elements of both the Old and New Testaments were seen on January 6th. There aren't enough words to fully describe what happened on that cold Wednesday. The spiritual warfare and PsyOps conducted by the Sons of Darkness even in the infantile chronology of the days events were extremely revealing, enlightening and terrifying all at the same time.

Remember, it has been said: "All truth will be revealed". The scripture above is from Column 15 of the War Scroll, one of the ancient Apocrypha Dead Sea scrolls found in Qumran. These early scriptures, that were banned/removed from the modern bible have a tendency to be very accurate. Coincidence.....I think not!

We live in a time of discernment. We MUST use our gifts of sight to inform others seeking the knowledge of truth. We, as patriots and warriors of faith, are held to a greater responsibility. The Lord speaks to his children in ways only THEY understand. Our Creator knows us like no other. He knows who will lead and who will follow.

Publisher's note: This post is an installment of a multi part series on one man's perspective of the "mostly peaceful protest" at the our Nation's Capitol on January 6, 2021. Click here to access a list of the posts in this series.