Candidate Barack Obama Goes Off Teleprompter: Bares his Political Soul | Beaufort County Now | Much has been reported, of recent, regarding President/Candidate Barack Obama's unscripted comments, while campaigning over the past weekend, revealing his limited understanding of the creation of capital, of jobs, and the very core of what drives America's capitalist economy.

Login to Send a Private Message to Stan Deatherage
Candidate Barack Obama: Communist wannabe or profoundly stupid - your choice.     It is obviously one or the other.

Much has been reported, 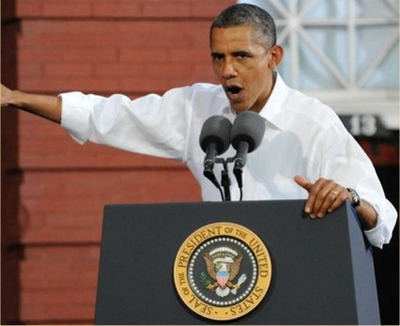 Candidate Barack Obama at Fire Station No. 1
of recent, regarding President/Candidate Barack Obama's unscripted comments, while campaigning over the past weekend, revealing his limited understanding of the creation of capital, of jobs, and the very core of what drives America's capitalist economy. At the center of his extraordinarily sophistic and extra-controversial campaign rhetoric, at Fire Station No. 1, in Roanoke, Virginia, were the president's many anti-business/entrepreneurial references demeaning the work ethic of small business owners. At that campaign stop, in the battle-ground-state of Virginia, the constantly campaigning president let small business owners know, in no uncertain terms, that they were not responsible for any success that they may have achieved for their individual entrepreneurial efforts.

Candidate Barack Obama: "If you've got a business ... you didn't build that ... Somebody else made that happen."

What the president was stressing here, at Fire Station No. 1 in Roanoke, is that America is one giant mosaic of interlinked success stories dependent upon the benevolent wisdom of a government power, whose magnificent collective spirit was the divining purpose for all true Americans' purpose - like himself. See the video below to see how Obama really feels about private sector job creators ... you know ... the one's that pay the freight for this president and his adoring entourage.

Thankfully, there are growing numbers of Americans, who would never vote for a politician as absent of basic applicable knowledge, as Barack Obama has demonstrated that he is lacking. During his "Two Americas" campaign for his re-election, which was initiated after Labor Day, 2011; to sow the seeds of class envy to further his fulfillment of his irrepressible need to continue four more years to reshape this land into one that more represents one aligned with the European Union, or worse, the former Soviet Union, he tends to preach to his mindless masses that warmly welcome him, especially in these "battle-ground-states." While I always accept this charismatic leader of a collectivist political people with incredulous disdain, possibly, for his incredible inability to understand the obvious of why we real Americans are whom we are, I do tend to warm to the funny side of Obama. You see, stupid can be so very funny, and Barack Hussein Obama is no exception to that rule. I tend to wonder what is it that all these people, who vote for the man, see in the man; or maybe, just maybe, they seek to be funny too, and they surely are. 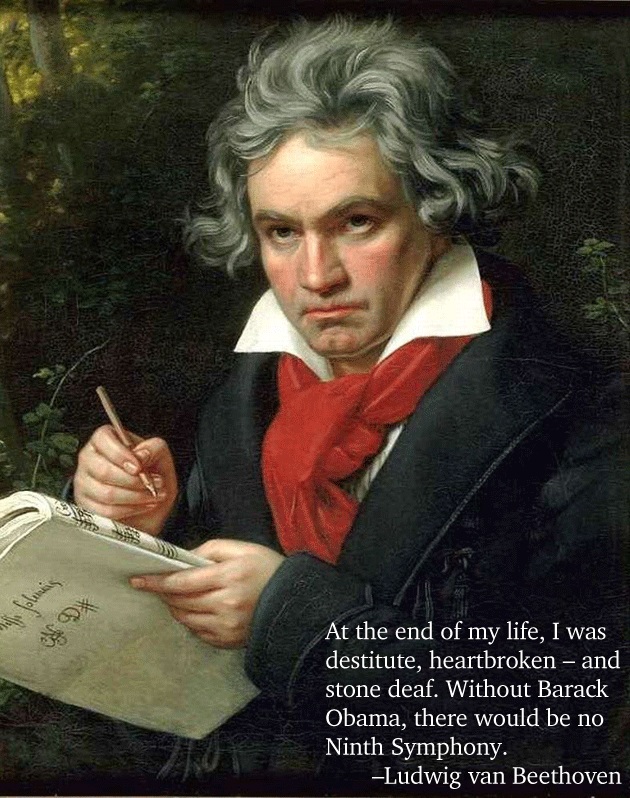 Well, I suppose these ardent Obama supporters can always retort: "At least we are not still governed by George W. Bush, Dick CHENEY, AND THAT DAMN HALIBURTON!!" 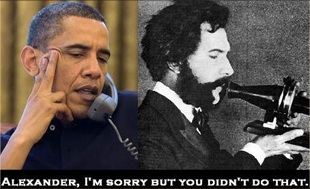 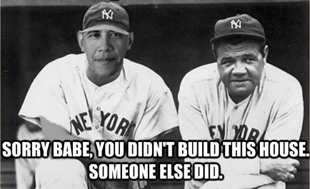 To which, I will attempt to suspend my sniggering at, not with, my fellowman just long enough to sigh, "It might would be better to bring back the "Good ole days. At least George W. Bush was smart ... well ... at least in a comparative sense." 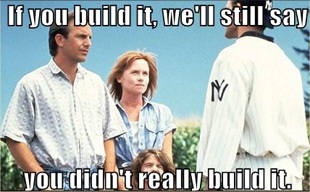 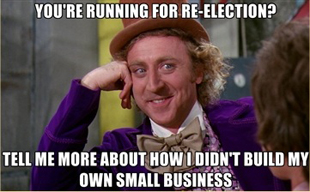 On a much lighter note, the rest of these images below are fine examples of how Barack Obama truly considers those of us in the private sector. After all, he is a Nobel Peace Prize Laureate, who successfully studied to be a community organizer, who went on to ultimately become president of these United States of America to personally lead Seal Team 6 on their dangerous, and deadly mission to eliminate Terrorist Osama Bin Laden. What a hero? 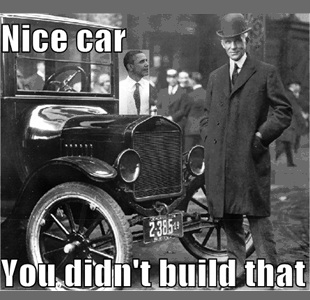 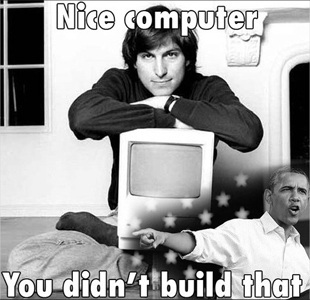