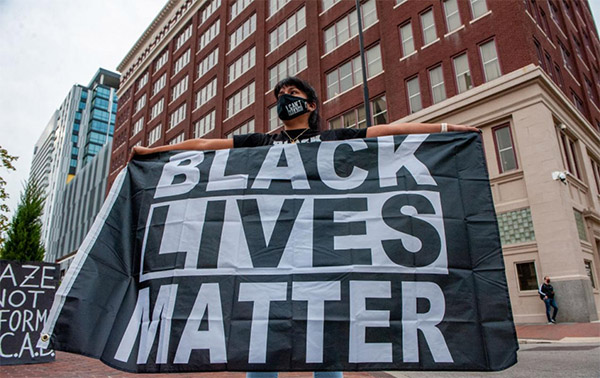 As a growing number of lawmakers and institutions target "critical race theory" across the country -- including its presence in classrooms as low as elementary schools -- many Americans may be wondering what, in fact, the theory involves.

Untangling it can be difficult. Much of the literature on the subject, like much of academia, is shrouded in dense theoretical language and inter-disciplinary references that often leave non-experts scratching their heads.

The scholars of this discipline themselves seem reluctant to discuss it: Nearly three dozen experts in critical race theory contacted by Just the News either declined to offer any insight into it or did not respond to multiple queries.

Yet considerable documentation on the theory abounds online, revealing a discipline that, in the words of one Harvard Law School resource, "challenge[s] the ways that race and racial power are constructed by law and culture."

The theory itself, that resource claims, is "not a set of abstract principles but instead a collection of people struggling inside and outside legal scholarship ... engaged in building a movement to eliminate racial oppression, and other forms of group-based oppression."

These scholars "converge around the belief that racism is endemic, not aberrational, in American society; that liberal legal ideals of neutrality and color-blindness have replicated rather than undone racism; that analysis should be informed by personal experience and contextual, historical studies; and that pragmatic and eclectic strategies should be pursued in the struggle for racial and social justice."

In other words, critical race theory takes the widespread principle of racial colorblindness and flips it on its head. Its practitioners advance "race-conscious mobilization as an empowerment strategy for African-Americans, Latinos, Asians, and other persons of color," opposing "apparently neutral rules, such as color-blindness, and one-person, one-vote" due to their alleged role in creating a culture of white supremacy.

The attack on the classical American principles of equality and individuality is a regular feature of critical race scholarship. Richard Delgado and Jean Stefancic, authors of the seminal textbook "Critical Race Theory: An Introduction," argue that the theory itself "questions the very foundations of the liberal order, including equality theory, legal reasoning, Enlightenment rationalism, and neutral principles of constitutional law."

Putting it more bluntly, writing in The Root last week, Michael Harriot suggested critical race theory is essentially "an entire field of Black scholarship based on the idea that [the United States] is inherently racist."

As an esoteric and highly specialized discipline, critical race theory has for years largely been confined to higher education enclaves, mostly remaining a theory shared by highly credentialed scholars and graduate students.

Yet in recent years elements of the theory have begun permeating lower education as well. Seattle Public Schools, for instance, late last year reportedly held a teacher training seminar which instructed faculty that the U.S. was "built off the stolen labor of kidnapped and enslaved black people’s work" and that the teachers themselves were interlopers on "ancestral lands and traditional territories" of local Native American tribes.

In Loudon County, Virginia, meanwhile, the school system has reportedly been implementing critical race curricula to the point that some parents have pushed back against it; a group of teachers there were recently accused of plotting to "infiltrate" and "expose" those leading the backlash.

The Phoenix-area Litchfield Elementary School District, meanwhile, last year reportedly moved to adopt policy materials espousing a variant of critical theory; the district is presently embroiled in what the Arizona Republic dubbed a "culture war" between parents and administrators on the subject.

Lawmakers from New Hampshire to Texas to Oklahoma to Rhode Island have proposed bans on teaching the theory in schools, claiming that it is divisive and teaches little other than "Marxist indoctrination," as one Oklahoma senator recently put it.

"Let me be clear, there's no room in our classrooms for things like critical race theory," DeSantis said. "Teaching kids to hate their country and to hate each other is not worth one red cent of taxpayer money."

Critical race theory has also lately expanded upward, breaking the confines of higher education to spread even throughout the federal government, to the point that the Trump administration in September ordered federal agencies to stop using it in employee training, while last month U.S. Sen. Tom Cotton introduced a bill banning its use in the military.

As one of his first initiatives in office, President Joe Biden in January signed an executive order rescinding a Trump administration directive that had sought to "combat offensive and anti-American race and sex stereotyping and scapegoating" in the federal ranks.

The Biden order also, in part, directed the federal government to "allocate resources to address the historic failure to invest sufficiently, justly, and equally in underserved communities, as well as individuals from those communities."

Source:  What is critical race theory? A look at the ideology some are trying to ban from schools | Just The News