Getting COVID-19 Shot Is Matter of Personal Choice, Conservatives Say | Beaufort County Now | The voices of those urging government officials to rely on individual liberty and personality responsibility as the founding principles relate to getting the COVID vaccine are getting louder.

Getting COVID-19 Shot Is Matter of Personal Choice, Conservatives Say 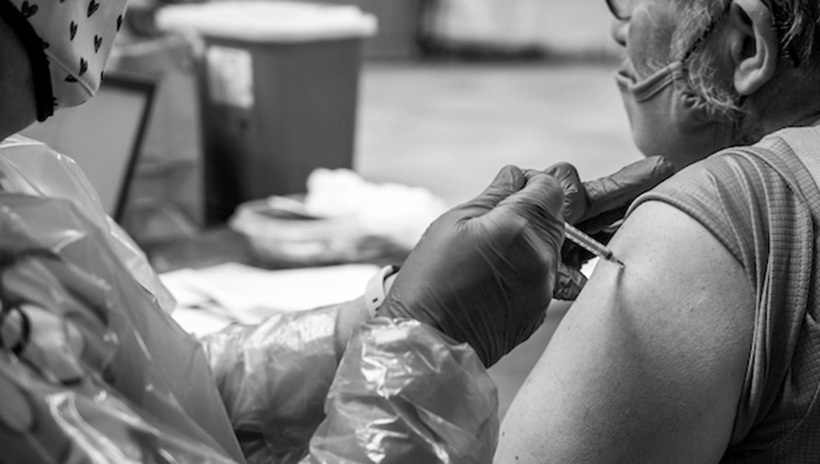 The voices of those urging government officials to rely on individual liberty and personality responsibility as the founding principles relate to getting the COVID vaccine are getting louder.

While conservative politicians in North Carolina and throughout the U.S. are urging people to get the shot, which has proven safe, they stop well short of supporting government edicts and things such as vaccine passports and mask mandates, conversely railing against the progressive ideas.

Florida Gov. Ron DeSantis, a Republican, for instance, recently addressed the spike in cases in his state, stressing the importance of the vaccine.

"So here's, I think, the most important thing with the data: if you are vaccinated — fully vaccinated — the chance of you getting seriously ill or dying from COVID is effectively zero," DeSantis said, reported WFLA-8 in St. Petersburg. "If you look at the people who are being admitted to hospitals, over 95% of them are either not fully vaccinated or not vaccinated at all. These vaccines are saving lives. They are reducing mortality."

The idea of schools requiring a vaccine, as some colleges and universities have done, is "somewhat problematic," the News & Observer writes.

"I've said all along that I felt like vaccination is a decision that I personally made as the right decision for me," said Berger, according to the N&O. " I think the more people that are vaccinated, the better. But that's a decision people need to make in consultation with their health care provider," he said.

Yet the breach in North Carolina continues to widen between the smaller, more rural counties, and larger, urban areas. Between those that typically vote Republican, and those that usually vote Democratic, even as reported COVID cases rise, almost exclusively among the unvaccinated.

In Stokes County, in Western N.C. at the Virginia border, 35% of the population is fully vaccinated, according to state health department data. In nearby Rockingham County, 41% are fully vaccinated. In Rutherford County, near the Southwest corner of the state, it's just 30%. Compare that with Wake County, home to Raleigh, where 57% are fully vaccinated, or Buncombe, with Asheville, at 52%.

Stokes County, in the November election, gave more than 78% of its votes to Donald Trump, and some 73% to Dan Forest, the Republican challenger for governor. The pattern follows in Rockingham, with 65% voting for Trump, about 61% for Forest. Go to Buncombe, however, and President Biden got about 60% of the vote; Cooper 62%. In Wake, 62% voted for Biden; 65% for Cooper.

Statewide, about 57% of adults are fully vaccinated, with 60% getting at least one dose. That's still short of Cooper's original goals, which was two-thirds of the population.

Getting a vaccine, many conservatives say, ultimately bows to personal choice, a tenet of the U.S. Constitution and American ideals.

Alabama Gov. Kay Ivey, a Republican, while encouraging people to get vaccinated, was succinct when asked about why so many are reluctant to get the jab.

Alabama, Politico writes, "remains the state with perhaps the lowest vaccination rate in the country, according to the CDC: Only 39.6% of its residents 12 and older have been fully vaccinated, compared to the 48.8% of Americans nationally who have gotten their shots. Ivey told reporters she had 'done all I know how to do' to boost her state's vaccination numbers."

"'I can encourage you to do something,'" she said, "'but I can't make you take care of yourself.'"

Jon Sanders, too, gets straight to the point. He's research editor and senior fellow, Regulatory Studies, at the John Locke Foundation.

"The choice to accept a COVID-19 vaccine should be personal, and it should never be coerced," he told Carolina Journal. "I don't know why certain counties have lower vaccination rates than others, but it seems reductive to attribute it to one reason.

"Some might say it's for politics, such as when now-Vice President Kamala Harris said in a debate last year that she wouldn't accept a vaccine if President Donald Trump said to take it. But there's politics behind wanting to depict the vaccine-hesitant as making a political choice. It's better to assume people are individually making choices based on their own perceptions of risk to themselves and their health, the way we do people who choose not to get an annual flu shot. If you think they're making the wrong choice, you're more likely to persuade them from a position of respecting them rather than insulting them."
Go Back