Published: Wednesday, January 5th, 2022 @ 8:33 am
By: Carolina Journal   ( More Entries )
Publisher's Note: This post appears here courtesy of the Carolina Journal. The author of this post is John Trump. 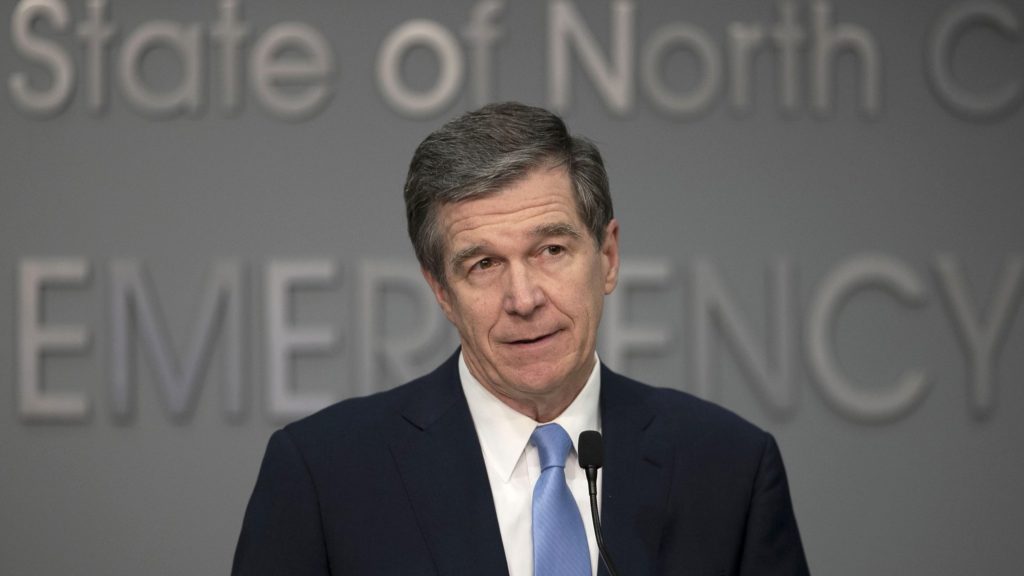 
Gov. Roy Cooper on Tuesday, Jan. 4, said health experts, doctors, and scientists are learning more about COVID-19, and state officials and politicians are using that knowledge to keep schools open and to avoid more onerous shutdowns and suppressions.

In a news briefing, Cooper said people have to start learning to live with the virus, which isn't going away, and that state health experts and officials will do whatever is necessary to help residents return to relative normality. That includes encouraging masking indoors, getting vaccines and boosters, and getting tested.

At the same time, Cooper extended an executive order, first issued in July, requiring state workers either to get a vaccine or deliver proof of a negative COVID test.

Testing sites around the state are deluged with people who want a test, although at-home tests can skew results, meaning the positivity rate is likely higher than reported. As of Tuesday, North Carolina reported more than 10,000 COVID cases. Nearly 30% of tests are returning positive. Testing last month peaked on Dec. 31 with 91,700 tests.

"That is the strongest protection we have to fight this virus and live normal lives," Cooper said of vaccines and boosters. The state, too, is working to open additional test sites, said Kinsley, who this year took over for Dr. Mandy Cohen, who resigned late last year.

North Carolina has administered more than 14 million doses of the COVID-19 vaccine, with some 69% of adults fully vaccinated. Still, Kinsley said, the state is breaking COVID records almost daily.

"Testing before you gather can help slow the spread of omicron," Kinsley said in a statement over the holidays. "And if you test positive, quickly seeking out treatment can help reduce the risk of severe disease."

Many health experts are now saying the mainstream media, which tend to raise fears anyway, may be better served to focus reporting on hospitalizations and deaths, as opposed to the rise in positive cases. For instance, left-leaning news website The Guardian, reporting on comments by Dr. Anthony Fauci, President Biden's lead COVID adviser, said it may be time to focus less on just the case count, which has soared close to 500,000 reported new daily infections.

A number of experts have questioned if such reports cause unnecessary worry, The Guardian says in its U.S. edition, and they suggest deaths and hospitalization data should better inform mitigation efforts.

"The answer is, overall, yes," Fauci told ABC. "This is particularly relevant if you're having an infection that is much, much more asymptomatic and minimally symptomatic, particularly in people who are vaccinated and boosted.

"The real bottom line that you want to be concerned about is: Are we getting protected by the vaccines from severe disease leading to hospitalization?"

The toll on mental continues as well.

Cooper, in a bit of an understatement, said Tuesday, "I know many of you are weary and frustrated."
Go Back