Mission Command: Fear and Loathing in the Quantum Era | Beaufort County Now | Come with us yet again as we sit at the table presented to our enemies....

Mission Command: Fear and Loathing in the Quantum Era

Login to Send a Private Message to William H. Cratch lll
Being an early millennial, a child of parents born in Generation X; I feel as though we, Gen Y, are THE generation that naturally pisses people off in general. The abilities and attributes of Gen X, which were heavily influenced by the Golden Generation (WWII) and the Baby Boomers, were passed along and amplified. We were exposed to tighter family units, intelligent conversation and open thought. We were taught to learn from our elders, to listen and to question everything. In my family, we had four generations who constantly interacted. We learned three different versions of The Art of Bullshit Detection and each version, though sometimes different in degrees of brutality, always came to the same conclusion. These people could go from George Jones, President Jefferson F. Davis and Hotel California to the assassination of President Kennedy (notice I didn't say "Kennedy Assassination") and Baby JonBenet…..everything was on the table. 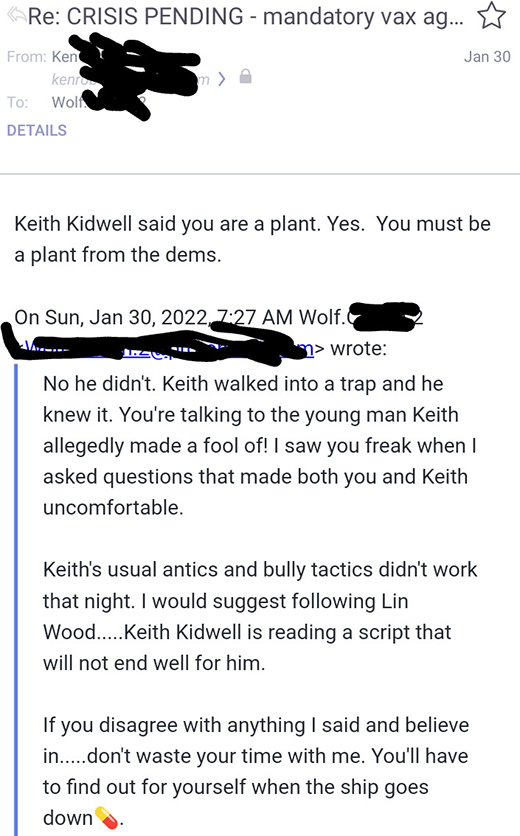 "Know your enemy." - Sun Tzu: Above.
Considering how heads would usually explode in today's society, a society so easily offended by truth and accepting of manufactured bullshit, not so many heads are exploding now. Instead of exploding all over hell's half acre, heads are bowing in confusion, sadness and even in prayer to their higher power. Sadly, bullshit is rampant within the religious aspect of the Quantum era. Even though people have the tools necessary to do their own research like never before, they still believe the Reptocrat manufactured bullshit that defies all realms of common sense because it looks better to the eye and sounds better to the ear. As a spiritual warrior, I frequent the unedited scriptures of the Apocrypha and the writings of both Sun Tzu and Machiavelli as they resonate with an ingrained sense of duty, honor and obligation.

In all of these ancient writings, there is a common theme:

Common sense and discernment are needed when shoveling the bullshit of the enemy. If you don't know your ass from a hole in the ground, you better have a backhoe. You can't trust hired guns because they have an allegiance to noone other than the person with the biggest pocketbook. It seems like the millennial patriotos have a more natural understanding of the required reading into what equates to the unperverted Mystery Schools many families, especially in the American South, consciously or subconsciously ensure the survival of through oral tradition. Individual secret societies have perverted ancient teachings, I believe, in coordination with factions of The Church to distort our history in an attempt to prevent future generations from finding out the truth and the extent of the lies. With that being said, I have never said nor will I ever say that all secret societies are bad because I know that statement to be false.

If you still think all of this is about an "election", the joke's on you. Gen X and Gen Y are labeled as the "QAnon" generations in some circles…..even in the GOP. They, the Reptocrat Beta RINOCONS, call Patriotos "plants sent in by the DEMS".