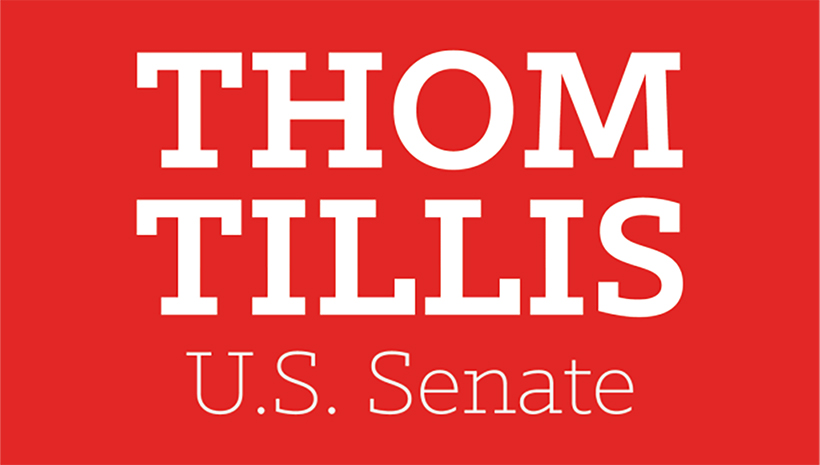 Luke Blanchat, who served as Deputy Campaign Manager for the 2014 Tillis campaign and in senior roles with Senators Burr and Tillis in recent years, will lead the team as Campaign Manager.

Paul Shumaker will again serve as Tillis' general consultant, a role he has played for both Senators Tillis and Burr in past campaigns.

Jordan Shaw and Brad Todd, both of OnMessage, will serve as media and messaging consultants for the campaign. OnMessage was also the Tillis campaign's media vendor in 2014.

Glen Bolger of Public Opinion Strategies will serve as the Tillis campaign pollster, resuming the role he played in the 2014 campaign.

The campaign's digital vendor will be Targeted Victory, while data analytics will be provided by Red Oak Strategies.

"We have assembled a top-notch team that I'm confident will lead us to victory in 2020," said Tillis. "Our campaign is a strong mix of trusted advisors and new faces, all of whom are united behind our goal to continue bringing results-oriented conservative leadership to North Carolinians in the U.S. Senate."