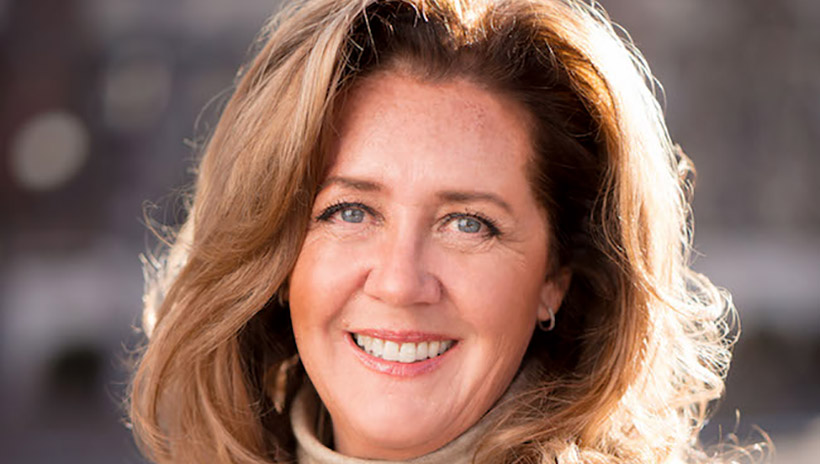 Amy O. Cooke is the new publisher of Carolina Journal. She is also the new CEO for the John Locke Foundation.

Cooke for 16 years filled a variety of policy and operations roles at the Independence Institute, a free-market think tank in Colorado - the past eight years she as the institute's executive vice president. She brings to Raleigh a strong, clear voice for free markets, limited government, and individual liberties.

"I love a challenge and enjoy being slightly unpredictable," she says. "And who wouldn't want to come to North Carolina and John Locke?"

She arrives as the John Locke Foundation prepares to celebrate its 30th anniversary as the Tar Heel State's most respected voice on behalf of limited, constitutional government supporting economic freedom and personal liberty. She plans to enhance and advance that legacy, leading - in her words - an incredible organization and its talented staff into its fourth decade as North Carolina's most influential thought leader.

She'll crisscross the state - again, her words - meeting people in every corner, transforming "Murphy-to-Manteo" from cliche to reality. Consistently promoting North Carolina as an example of success for other states to emulate, telling people about "the incredible success story that is the John Locke Foundation."

"JLF has a 30-year history of educating lawmakers, elected officials, opinion-makers, decision-makers, basically all North Carolinians about the benefits of free markets and limited government that create an environment where everyone can thrive," Cooke says.

"What we see in North Carolina are courageous elected officials who took JLF research and put it into practice. As a result, North Carolina is enjoying an economic renaissance. This is what happens when government gets out of the way and lets people innovate. It's a great time to be in North Carolina. What a great job!"

Born at Great Lakes Naval Air Station outside Chicago, Cooke - the youngest of seven children - at 3 moved with her family to Wisconsin before moving to St. Louis and attending the University of Missouri-Columbia. It was in Missouri, St. Louis specifically, that Cooke developed a love for baseball.

There is, in fact, no better place to fall in love with that game. Cardinals' fans are inherently stalwart and loyal. They know the game. They appreciate it, and they're uniquely passionate about it.

It's only natural that Cooke would become a fan of the great game. Of the competition, the intricacies, the nuances. The preternatural skill needed to hit a 95-mph fastball.

"I'll compete in darn near anything," she says. "I learned to love baseball and radio from my mother. She went to every game of the 1944 World Series. That's how I grew up a St. Louis Cardinals fan. I have fond memories of listening to Cardinal games on the radio on hot summer nights in St. Louis."

"That's how I learned to love radio," Cooke says. "Baseball is meant to be heard on radio. I love everything about baseball. I love the weather. I love strategy. I'm the person who keeps score. I love the game."

Cooke, a mom of three and stepmom of two, moved to Colorado about 1 1/2 years after she graduated college in 1985. She moved there, at least in part, because of a family trip.

The memories of Colorado and the Rockies remained with her. Became ingrained in her. It's where she wanted to be.

"It was the bicentennial, and the entire country was looking east to New York, Boston, and Philadelphia," she said. "My parents chose to go west. So, they loaded up the VW bus and took us to Colorado. It was the most beautiful place I had ever seen, and I vowed one day to live there. So, shortly after graduation, I thought all I wanted to do is live in Colorado. I packed up my meager belongings and headed west on Interstate 70 until I got to Denver."

Yet coming to North Carolina is a homecoming of sorts for Cooke. She hasn't lived in the state, but her roots in the red soil run deep. Solid, tough roots that began with Amy Abernathy Oliver.

"I'm named after my great, great, great grandmother Amy Abernathy Oliver, the first woman with the last name of Oliver to come into the state of Missouri. She was born Amy Abernathy in 1786 in, you guessed it, North Carolina," Cooke says.

The exclamation points are neither superfluous nor hyperbolic. Rather, it's as if they should always sit at the end of her name. It's the perfect way to define her passion and her energy, which also played no small role in a successful career in media.

At JLF and CJ, Cooke will lead a team of nearly two dozen researchers, writers, and outreach professionals who provide nonpartisan public policy analysis to lawmakers, elected and appointed officials, and media. Cooke is one of only four people who have held the CEO position since the John Locke Foundation opened in 1990. She follows Marc Rotterman, John Hood, and Kory Swanson.

She's also an expert on energy policy and founded the Coalition of Ratepayers, advocating for small businesses and residential utility customers, and was director of the Energy and Environmental Policy Center at Independence. She served on President Trump's transition team for the Environmental Protection Agency after the 2016 election and is a former senior fellow with the Independent Women's Forum. Cooke has written op-eds for numerous national and state newspapers and has been a guest on Fox News. Her husband, John, is a Colorado state senator and a retired Colorado sheriff. He'll stay in Colorado to finish up his second and final term in office.

In Amy Cooke's new office, on a table near her desk, are several copies of a N.Y. Times best-seller. It's hard to miss. Shades of red, starting at the bottom of the book's jacket, grow brighter as they rise before an unmistakable outline of Buzz Lightyear. In his left hand, between thumb and forefinger, Buzz raises a thin baton high above his helmet. It's as though he's ready to conduct an unseen orchestra.

The book is Creativity, Inc. by Ed Catmull. Cooke counts it among her favorites.

"I'm drawn to Creativity, Inc. because author Ed Catmull, founder of Pixar, dared big." she says. "He wasn't afraid to take calculated risks, and learned how to make mistakes. As a young student, Catmull dreamed of creating the first computer-animated film at a time when the world was still using rotary phones. While some doubted he could do it, he was figuring out how to make it a reality. In Creativity, Inc, not only does Catmull share the Pixar story, but also his own coming-of-age as leader. He passes along some great lessons."

It's hard to decide which is most important, Cooke admits. But here are a few:


"I suggest anyone who wants to help their staff achieve great things should read it," Cooke says. "It's hard to argue with Catmull's success at inspiring greatness. Also, he underscores one of my cherished leadership philosophies: We take our mission seriously, but not ourselves."

Cooke, an avid cyclist, has an appetite for adventure, a habit of running head-on into challenges. She overcomes setbacks and adversity with a similar tenacity, a will to never quit. A serious cycling accident Aug. 9 placed those qualities under a bright, hot spotlight.

"It changed how I view opportunities and challenges," she says. "Most people don't walk away from the type of accident I had, but I did and recovered."

Enough to, well, get back on the bike.

"In my family, there were seven kids, one car, and not much money," she says. "When I got my first bike, it was like freedom. I had a means of transportation that was as fast as my legs would carry me, and I didn't have to rely on anyone. I could just go. I've loved it ever since. As an adult, there are few things more gratifying than looking at a mountain pass and thinking, 'No way am I going to make it to the top.' But you know you've trained and that while it will be a challenge and legs are fatigued, the next view is from the top.