We’ll Miss Newspapers, but We Need Journalism More Than Ever | Beaufort County Now

I used to live in Canonsburg, Pennsylvania, when I was young and could barely remember anything of substance. carolina journal, newspapers, journalism, february 21, 2020
Home
Categories
Login

We’ll Miss Newspapers, but We Need Journalism More Than Ever 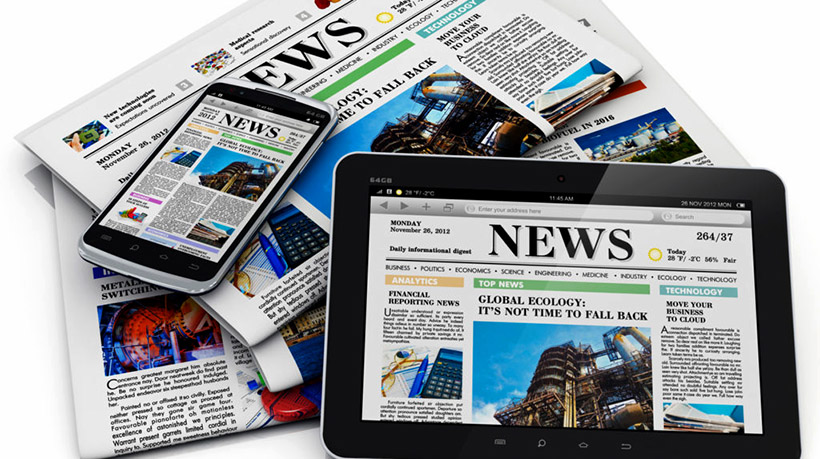 I used to live in Canonsburg, Pennsylvania, when I was young and could barely remember anything of substance. Just snippets of ragged memories. Things such as Roberto Clemente's home run in the seventh game of the 1971 World Series. My grandparents' grocery store, just off their kitchen, where I would steal "pop" and baseball cards, which I would hoard in one of the rooms upstairs. My grandfather, a Marsh Wheeling cigar hanging from a corner of his mouth, walking down Pike Street, to a newsstand and a copy of that morning's Pittsburgh Post-Gazette. Every day.

That I became a journalist and spent most of my working life in newspapers is probably nothing more than a happy accident. Still, I often think of my grandfather, and of his love for newspapers. I miss him a lot.

I miss newspapers, too.

Recent news that McClatchy Co., which owns the News & Observer of Raleigh, filed for bankruptcy protection wasn't as much a surprise as it was an inevitability. Print newspapers have spent the past several decades in free fall, chained by an ancient business model that makes North Carolina liquor-control laws seem futuristic. Newspaper companies - for the most part - tried and failed to monetize the internet, at the same time giving away proprietary content like koozies at a beer festival.

The McClatchy move is expected to put an end to the family's 163-yearlong control over the publisher, and turn the hedge fund behind the current owner of the National Enquirer into its top shareholder, the Wall Street Journal reported. McClatchy also publishes the Charlotte Observer, as well as the Miami Herald, and Kansas City Star. The company, the WSJ reports, "has struggled under a heavy debt load since its ill-timed $4.5 billion acquisition of Knight Ridder in 2006 - a stretch during which its stock price plunged from $496 to 75 cents."

It was a trend starting, oh, 30 years or so ago, for large newspaper companies to gobble up small ones, cutting and consolidating and gorging off the proverbial cash cow, in other words thriving off a vibrant market. Until that cow was picked clean, the leftover bones and gristle barely suitable for stock and broth.

Newspaper companies - big and small - saw the internet more as annoyance than imminent threat. As though that light in the tunnel creeping toward them was from the flashlight of a wandering hobo blocking the tracks as opposed to a 300,000-ton locomotive of technology barreling full-speed ahead to smash a longstanding industry.

Last month, Warren Buffett's Berkshire Hathaway Inc. announced it would sell its portfolio of newspapers - including those in Greensboro and Winston-Salem - to Lee Enterprises Inc. for $140 million, "a rare admission by the billionaire investor that he views his current newspaper business as unsustainable," the WSJ wrote.

Myriad factors are to blame for newspapers' collective demise, including the emergence of free advertising through internet sites such as Craigslist and Realtor.com, and a retreat from newspapers by retailers once willing to spend thousands on full-page print ads. Newspapers lacked the foresight to capitalize on internet paywalls and digital subscription, committing much of their budgets to costs associated with newsprint, production, and delivery.

So, here we are, rattling aimlessly around in a barren, forgotten building that was once home to an important, respected newspaper.

About three years ago, in a column for Carolina Journal, I wrote that newspapers are necessary and indispensable. My faith isn't shaken, but I'd now like to replace "newspapers," with journalism, which - as I said - is crucial in maintaining the ideals of individual freedom and liberty and in upholding the tenets of our Constitution.

As far as traditional print newspapers, I say let them go.

As it stands, hedge funds and short-term investors are buying up the scrap lumber in the hope of cobbling together enough of something to sell to the next investor ... and so on and so on. Which has nothing to do with sustaining journalism, particularly local journalism. People from inside and outside the news business will bring forth ideas and proposals, probably some that have been tried before, others nonsensical and inane, such as one allowing people to use tax dollars for vouchers, which they can direct toward investigative work by nonprofits. Or, directly subsidizing for-profit journalism with, gulp, tax money. No potential for conflicts there, right?

One chance I see for traditional newspapers, with the exception of a few national papers, is to return to the communities. Not necessarily on a daily basis, but maybe weekly, or even monthly. Grassroots efforts by established publishers or local entrepreneurs, in places such as Cary, or Garner, or even the neighborhoods of Raleigh. Covering community boards, rec sports, schools. Covering things we all care about, as opposed to the beloved all-things-to-all-people model to which pretty much all newspapers still cling - albeit with weakened hands.

Jeff Bezos of Amazon and Sheldon Adelson of The Venetian hotel and casino bought The Washington Post and the Las Vegas Review-Journal, respectively. Maybe they believe supporting journalism is a philanthropic duty, as Andrew Carnegie did with literacy and his libraries. Maybe they think they can still make money off the enterprise. More power to them. Let's hope others step forward.

The column you're reading comes from a nonprofit journalism venture, with a focus, to be sure. We certainly appreciate the donors who think what we do is worthwhile enough to send a few (or many) dollars our way.

But enough with the hand-wringing and knee-jerk proclamations of doom, of lamenting the loss of jobs that, in truth, have fallen out of date. Of jobs that continually pay less despite expanded duties and unrealistic expectations. Come on, people, you saw this coming.

This is a free-market issue, so let the market sort things out.

One day, many, many years ago, the Pennsylvania state government declared eminent domain over my grandparents' store and home, with plans to raze it for a highway. Obviously, my grandfather stopped walking to the newsstand. His love for newspapers never waned, however, even though his life had changed dramatically. I still love newspapers, and I always will. I've worked for many, including several in North Carolina. I feel your pain. Still, the people who work for struggling newspapers - reporters, editors, and photographers - should stop walking, day after day, to that same old newsstand, pretending nothing has changed and maybe, just maybe, things will be better this time around.

We must continue working, however, toward finding another way of doing great journalism. Even if that means doing things a bit differently. Whether by employing different methods of reporting and researching, or by looking for different ways in which to publish and to deliver our work. Or, by looking for altruistic benefactors dedicated to their communities.

Ways that, in some cases, may at first seem foreign or uncomfortable.

Chuck Noll, the Hall of Fame Steelers' coach, often turned to a familiar phrase after cutting a player from the team. It went something like this: "It's time he got on with his life's work."

Newspapers, as we've known them throughout our lives, are done. Just let them go.