Published: Tuesday, May 19th, 2020 @ 10:49 am
By: Carolina Journal   ( More Entries )
Publisher's note: This post appears here courtesy of the Carolina Journal, and written by John Trump. 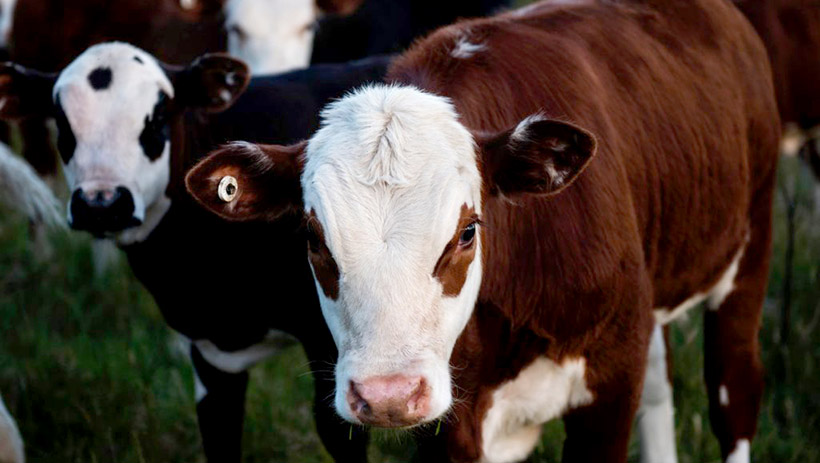 Buying meat, in our recent and collective memories, hasn't been a problem.

Whether from a big, chain grocery store, a farmers market, or boutique butcher shop.

If a customer wanted a certain cut of meat, or a certain protein, they found it. Usually with little effort, if any at all.

The pandemic has changed all that. Supply is short, and store shelves, though not empty, are hardly full. It's as if a sale was announced but only to a chosen few, who swooped early and loaded carts with piles of meat, all for themselves.

Meat — chicken, beef, and pork — is indeed in short supply, for myriad reasons. Consumer demand has shifted, from eating meals in restaurants to cooking at home. COVID-19 has disrupted complex supply chains. Animals are outgrowing their enclosures and become too expensive to feed and to care for. Farmers contemplate "depopulation," which is someone's idea of a kinder way of saying "killing excess animals" — in other words, valuable commodities.

North Carolina has some 3,200 processing plants, and all remain open. But workers who once stood shoulder to shoulder now stand yards apart, at the same adhering to federal guidelines for temperature screenings and face coverings. President Trump has taken steps to ensure meat-processing plants remain open and issued an executive order to that effect, although the health and safety of the workers remains paramount, consistent with Centers for Disease Control and Prevention guidelines.

Still, workers in the heavily regulated industry worry about getting sick. Work has slowed.

"For the most part, plants are operating, but at a very limited capacity," Steve Troxler, N.C. agriculture commissioner, told an online audience Monday as part of a weekly Shaftesbury Society event by the John Locke Foundation.

"We've got to build the confidence of these workers ... that this is as safe as any place they can go to work."

Keeping a fluid supply of personal protection equipment, says Troxler, is an ongoing challenge, for workers and farmers alike.

No plants have closed — except for one partial closure — but, as Troxler intimated, a plant can't operate without workers, no matter how many executive orders or decrees. Troxler expected that 2020 would be a year of recovery for farmers.

That, obviously, won't happen, and the reasons are many. From tariffs and trade wars, from hurricanes, and from falling prices on commodities, which are now crashing at record rates.

"We're looking at a way to get through this once again," Troxler said. "This is a protein state," an agricultural machine particularly dependent on the pork and protein industries.

At its base, the meat-supply issue ends with a simple answer to a complex problem.

Troxler says consumer demand for food has almost wholly shifted to grocery stores. Fifty percent of all meals eaten in the U.S. are - or were - eaten outside the home, Troxler said. No more school cafeterias, or university food halls. No more concerts, festivals, or sports.

COVID-19 slowed production at processing plants — where animals are slaughtered, butchered, and packaged — across the country, and some, including a mammoth pork processor in South Dakota, closed after outbreaks of the virus.

No processing, no food, Troxler says. It does, indeed, come down to just that.

Reason magazine in a story last week called on Congress to pass new rules on government meat processing and inspections, and to eliminate burdensome ones, which stand between farmers and grocery stores. The Wholesome Meat Act, Reason points out, requires that all commercially available beef and pork be slaughtered and processed either in U.S. Department of Agriculture-inspected facilities or in state facilities that enforce processes "equal to" federal rules.

"The law, which was intended to boost cooperation between the USDA and state governments," Reason writes, "applies both to interstate and intrastate sales."

A rancher, the story says, who wants to sell 100 pounds of ground beef to a local food co-op must follow the same rules as a giant producer that slaughters tens of thousands of hogs or head of cattle each day and ships their meat to states across the country.

Loosening the rules would help, such as passage of the PRIME Act, Reason argues. It would allow each state to set its own rules for slaughtering livestock and processing its meat, as long as that meat is sold only within the state's borders.

"With regulatory and cost burdens so high," says Reason, "many farmers and ranchers instead choose to utilize much smaller, local 'custom' slaughter facilities and abattoirs outside the USDA inspection regime. Those that do so may only sell an interest in a live animal, which forecloses on the option to sell much smaller portions — such as steaks — to grocers and others."

Daren Bakst is the Heritage Foundation's senior research fellow in agricultural policy. What we've seen, he says, is a drastic change in the nature of consumer demand for food, and from where that demand is coming. Dairy farmers are dumping milk, and farmers are leaving vegetables in the field to rot.

"It's because there are no destinations for their product anymore because of this changing nature of the demand," Bakst told the Shaftesbury audience.

The market will adapt, he said. Now, however, the issues with meat and poultry are connected primarily to virus outbreaks in the processing plants.

The PRIME Act, he says, would give farmers and ranchers more flexibility by using smaller, custom slaughter houses to process their meat and for the farmers to sell it commercially. This may not have a big effect, Bakst says, because of limited capacity, although wide-sweeping federal regulations certainly have hindered competition, and looser rules could change marketplace dynamics to better serve producers, and consumers.

In North Carolina and other states, meat producers can take livestock directly to processing facilities. The meat is processed under USDA or state rules for inspection and then sold directly to the public. State-inspected meat can be sold in North Carolina only.

The Talmadge-Aiken Act of 1962, according to the National Association of State Departments of Agriculture, was intended to achieve federal coverage in remote locations to offset the higher cost of assigning federal inspectors there. It allows states, including North Carolina, to sell nationwide the meat inspected under the act.

The problem facing some 2,000 meat handlers in North Carolina, says Troxler, is the lack of local slaughter and processing facilities, although people have shown interest in setting up the processing facilities, despite the regulatory red tape, including a multitude of environmental and permitting regulations, as well.

Then, says Bakst, there are regulations on truckers, some of which have been waived during the pandemic, as well as rules for restaurants and grocery stores, such as onerous labeling laws. The U.S. Food and Drug Administration has eased some of those laws, too, allowing restaurants, for instance, to sell grocery items. Let's then see whether these regulations make sense after the pandemic, Bakst says.

The pandemic, says Troxler, has helped teach people about how we get our food. Many people never paid much attention before, as long as the shelves stayed stocked.

"I'm really concerned that, after this, we may lose a lot of farmers nationwide," Troxler said.

North Carolina is coming off four terrible years relating to prices and production, he says. Then came the pandemic, and prices crashed. It's time to take a careful look at things, in North Carolina and throughout the country, said Troxler, who cites one economist who seriously doubts farmers can make any profit this year.

"How are we going to ensure that this food supply returns to normal, and remains normal, as opposed to what we have right now?"

Further, just about 1.5% of the population are farmers providing food, which on one hand speaks to profound efficiency, creativity, and innovation.

"All of us can't go back to growing food for our families," Troxler says.