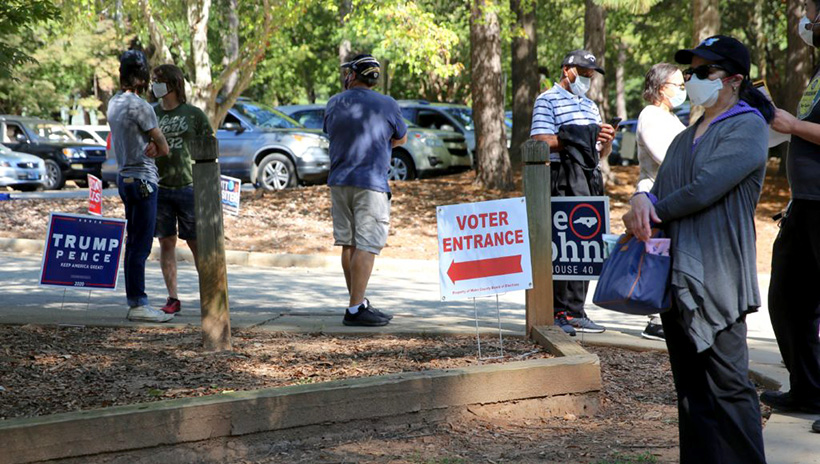 Over the course of 34 years penning a column on North Carolina politics and public policy, I've seen it all.

Rather, I just think we have never before seen so many fascinating trends come together in such a compelling electoral performance.

Speaking of performance, perhaps you've noticed that I peppered the first few paragraphs of this column with words beginning with "p." That's p for politics, of course. And after pondering the election results a bit more, I have prepared a list of eight factors, each beginning with the same letter, that helped shape the outcomes.

Polarized. Like much of the country, North Carolina has a polarized electorate. Generations ago, somewhere between a fifth and a quarter of voters were willing to split their tickets between the two major parties. Today, that share is in the single digits.

Parity. That doesn't mean ticket-splitters are irrelevant. Polarization is present in places like California and Mississippi, too. But parity isn't. The Democratic base is so large in the former, and the GOP base so large in the latter, that a few percentage points of swing voters can't swing the result. In North Carolina, however, the two partisan coalitions are nearly even (by behavior, not registration). So when a few Tar Heel voters — disproportionately older voters in rural areas, according to my analysis of county returns and exit polls — decided to split their tickets, voting Trump and Tillis for federal office and Roy Cooper for governor, their choices were decisive.

Process. Before the election, Democrats went to court to challenge election rules the General Assembly had previously enacted by bipartisan votes. Democratic plaintiffs won an extension of the absentee-ballot deadline but little else. If those late-arriving ballots flip any outcomes, you can expect the issue to be re-litigated.

Pandemic. Not only was COVID-19 a big issue in federal and state races, but the pandemic also affected how campaigns were run. Crucially, Republican-leaning groups started canvassing for votes door-to-door during the summer, while Democratic-leaning groups shied away from this time-tested tactic until the final weeks. Given that canvassing is an outdoor, low-risk activity, the Democrats blew this call, as candid Dems now admit.

Polling. Not to beat the nearly-decayed corpse of a long-dead horse, but pollsters got it very wrong this year. Clearest example: while Cooper won reelection by 4.4 points, the polling average going into Election Day was +11 Cooper.

Press. At the risk of abusing another cadaverous equine, much of the media abandoned all pretense of fairness and actively rooted — in news stories — for Republicans to lose. While Trump did indeed fall short, I think attempts to suppress anti-Biden stories or cheerlead for Democrats ended up harming the media's already battered reputation.

Platitudes. At least two bits of "conventional wisdom" ought to be retired after the 2020 elections. One is that politics is largely about money. Democrats vastly outspent Republicans in North Carolina this year — by two-to-one, three-to-one, or more, depending on the race — but almost always fell short. Another familiar myth is that low-turnout elections favor Republicans and high-turnout elections favor Democrats. There was no such historical pattern in North Carolina elections going into 2020. And that's not how it turned out this year, either.

Public Safety. As I observed in a prior column, Republican candidates tilted some votes by speaking strongly against the looting and rioting that followed some Black Lives Matter protests this summer.

And there you have it: my eight p-factors that mattered in 2020. Are you persuaded?