It's Not the Guns... It's The Psychos | Eastern North Carolina Now | The Aurora, Colorado theatre massacre which took the lives of 12 has many people weighing in on the subject of guns. Author Salman Rushdie tweeted, "The 'right to bear arms' is the real Bane of America."

It's Not the Guns... It's The Psychos 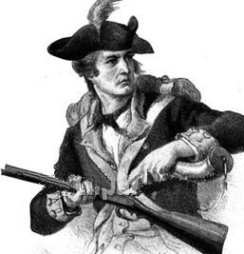 Don't try and convince me that any new law would have prevented the murders at that theatre. In Aurora, Colorado, where the shootings took place, strict gun laws are already in place. Gun control legislation has never affected criminal activity. It merely regulates the ownership of guns by law-abiding citizens and the latest reports show that the suspect Holmes purchased his guns legally.  Alicia Colon
massacre which took the lives of 12 has many people weighing in on the subject of guns. Author Salman Rushdie tweeted, "The 'right to bear arms' is the real Bane of America." I will respectfully disagree with this overrated individual who should know better after hiding from the Islamists trying to fulfill a fatwa and behead him. There are many psychos in the world today and the only defense against them is non-psychos armed to the teeth. When James Holmes walked into that crowded theatre, he could have been stopped in his tracks after his first flash of gunfire had there been someone armed with a licensed concealed weapon in the vicinity.

I am not, however, a fan of guns. I am terrified of them. I am not a member of the NRA but I have defended this organization in the past and fully support the Second Amendment. I do so because I have studied history and the very first thing that dictators do to assume power is disarm the populace. It happened in Nazi Germany, Maoist China and Castro's Cuba.

One year after Australia, using lists of licensed owners, confiscated over 600,000 guns from its citizens, criminal activity and assaults against women and the elderly increased dramatically. Armed robberies were up 44 percent. What a surprise.

Almost immediately after news of the Colorado tragedy broke, the mainstream media went into high gear to place blame without waiting for details on the captured perpetrator. ABC News did the unthinkable when reporter Brian Ross, after learning that the alleged shooter was named James Holmes immediately searched the Aurora, Colorado tea party patriots list and found a Jim Holmes there. On the air with George Stephanopoulos he irresponsibly named this tea partier as possibly the man in custody and ended up retracting his reckless statement (which bordered on journalistic malpractice). The Tea Party Jim Holmes turned out to be a 52 year old Hispanic. Oops!

The mainstream media makes these type of mistakes often, blaming the right wing for incidents of violence probably because politicos like Nancy Pelosi and Homeland Security Director Janet Napolitano consider Tea Partiers domestic terrorists. Their ignorance of this grassroots movement is staggering. The majority of the Tea Party is comprised of older taxpayers objecting to the direction this country is headed for. Their rallies are nonviolent and not racist as alleged by the media and they leave the rally locations pristine after the event is over. Contrast this to the hate-filled Occupy Wall Street protests which are truly anarchic and the reports of murder, rapes and thefts at them are routinely ignored by the media which initially supported OWS. The Tea Party movement is an anathema to leftists because it supports the Constitution including the Second Amendment.

Democrats love their gun control legislature and some go even further. In March 11, 1992 Democrat New York Representative Major Owens introduced a bill that was frightening in its brevity.

Sane representatives squashed this insane proposal but that doesn't stop the constant attacks against that Amendment by people like Rushdie who know nothing about guns.

Don't try and convince me that any new law would have prevented the murders at that theatre. In Aurora, Colorado, where the shootings took place, strict gun laws are already in place. Gun control legislation has never affected criminal activity. It merely regulates the ownership of guns by law-abiding citizens and the latest reports show that the suspect Holmes purchased his guns legally. Statistically, more lives are saved by guns than lost but you won't see that reported by the mainstream media. In fact, on April 22 of this year a convicted felon, 29-year old Kiarron Parker, went to an Aurora, Colorado, church and shot and killed a member of the congregation before being killed himself by a congregant carrying a gun. Death toll-one. Don't remember reading about that Aurora shooting, right?

As more facts are uncovered about the alleged perpetrator James Holmes, we learn that he fits the profile of an Occupier whose prospects have dimmed considerably in this terrible economy. He's supposed to be a brilliant man but was a pot smoker who couldn't find a job and is on unemployment. Does he have massive student loans?

Tea Partiers may be angry about the economy but they see the solution in a less regulatory government that should get out of the way of the entrepreneurs who can create jobs. OWS protesters use slash and burn tactics and all one has to do is Google the violence they bring to whatever city they protest in.

This horrible event is emotionally heartrending and I must take this opportunity to apologize for a comment I made on Facebook asking why children were at a midnight showing. I know that others have made similar remarks but I erred in making that remark the same day the tragedy occurred. When I remember how difficult it was when my children were young to find an escape from the day-to-day grind of parenting responsibilities, I should have waited before spouting so self righteously. The grieving parents of the killed and wounded children do not need anyone finger-pointing. They will need our prayers and support for many years to come.

I remember when Etan Patz disappeared and immediately folks blamed his mother for allowing him to walk to the bus stop alone. I also stupidly judged her but when my own baby daughter was asleep in her crib, I left her and took my other two children and ran to the store to buy food for them. I prayed the entire two blocks to the store and ran back so grateful she was safe. I made a huge mistake but escaped the sorry result that Mrs. Patz and the Aurora parents endured. Their grief is unendurable and they don't need anything but our prayers right now.

I only meant to convey a warning that we are living in dangerous times and laws that are passed by anti-gun legislators do not protect us from the psychos among us.

Switzerland has a higher per capita rate of gun ownership than the United States, but has virtually no gun crime. What we can learn from Switzerland is that the best way to reduce gun misuse is to promote responsible gun ownership. Banning guns leaves us all vulnerable to psychopaths who will not hesitate to mow down the innocent.

Super vigilance is essential for the safety of our children because none of us are living in Kansas anymore.

Publisher's note: Alicia Colon resides in New York City and can be reached at aliciav.colon@gmail.com and at www.aliciacolon.com. Alicia would dearly love to hear from you.
Go Back