Things will never be the same: Reporting for NBC-17 in Raleigh in 2001 | Beaufort County Now | Dallas Woodhouse describes what he was doing on 9/11.

Things will never be the same: Reporting for NBC-17 in Raleigh in 2001

Published: Friday, October 29th, 2021 @ 7:32 am
By: Carolina Journal   ( More Entries )
Publisher's Note: This post appears here courtesy of the Carolina Journal. The author of this post is Dallas Woodhouse. 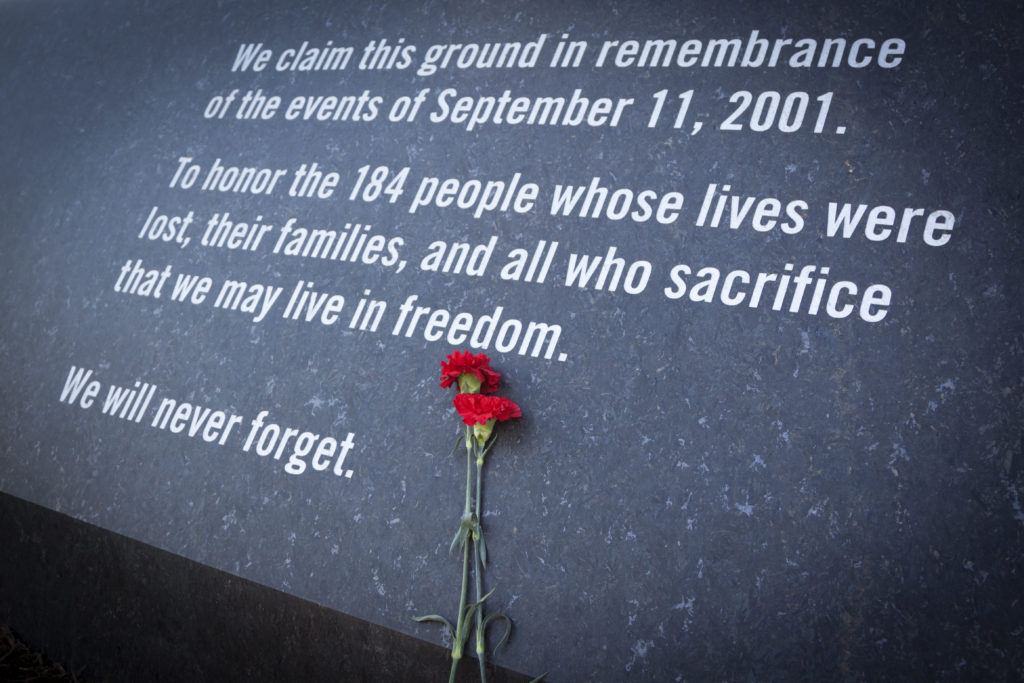 I arrived at the office at 9 a.m, my normal time to report to the Front Street offices of WNCN-TV, also known as NBC-17, the NBC affiliate at the time for the Raleigh-Durham media market. After graduating from Campbell University in 1995, I had been a working reporter for the new station, covering general news and politics.

I was a few minutes late, as I was supposed to be in a little early to depart with my photographer for Salisbury, where North Carolina native and former cabinet secretary Elizabeth Dole was set to announce her U.S. Senate bid for the vacated seat because of the retirement of Sen. Jesse Helms. The first plane had already hit when I walked into the newsroom.

We debated if we should still go, and I resisted. My gut feeling was the event would be canceled. The news managers sent me anyway.

I was near Chapel Hill when the second plane hit. I was the passenger and asked my photographer to pull over. At that moment I wanted to talk to my wife, who I had married in April. We spoke briefly both scared and in shock. I had to tell her I loved her.

Not knowing what to do, my photog and I went to a nearby convention hotel. We filmed people watching the unfolding horror on television. The newsroom was functioning but in chaos. I did the only thing I knew to do; I headed to the capital. We went into the General Assembly, and I got an initial reaction from Senate President Pro-Tem Marc Basnight and House Speaker Jim Black on camera. They were horrified, like everyone else. I was somewhat surprised both leaders told me they would have a session that afternoon.

I have worked in and around the General Assembly for the past 20 years, as a lobbyist, reporter, advocate, and state party officer. When I arrived on Jones Street that morning there was no sign of increased police presence. That changed while I was briefly in the building that day. It hasn't been the same since.

The House gaveled in around 2 p.m. Lawmakers unanimously passed changes to state building codes and campaign finance and disclosure rules. They approved changes to how the Granville County town of Stovall elected its town board. The Senate came in at 3 and debated some tax changes, hospital capacity issues, and something called the Good Funds Settlement Act.

I only covered one part of the House session that day, the official prayer.

My last stop was to the administrative building, where Gov. Mike Easley held a press briefing.

I can still see and hear Easley's words that day.

"You can help by remaining calm and donating blood."

While my family in no way suffered as those directly touched by the evil that day, it did change my life and make our first year of marriage a challenge. I left the station by the end of the year to enter government service, in part working on long-term flood recovery programs administered by the U.S. Department of Agriculture. People across eastern North Carolina were in desperate need of help, still struggling after Hurricane Floyd caused billions in damage and killed 52 in September 1999. Before that awful September morning, it was the most gut-wrenching story I covered.

My wife had to change jobs because of pressures to her industry in the wake of 9-11. As I covered the local impacts of September 11, 2001, in the following months, I cried almost every day listening to the morning news. I remember thinking every day, "will the sorrow ever end." Time and a renewed commitment to my faith helped with that.

On occasion, I have reflected on the words of comfort I heard that day from the Rev. Mike Frese, the N.C. House chaplain: "God of Comfort: We are shocked and saddened by the death and destruction that has been inflicted upon our nation. We are horrified by the extent of the damage and appalled by the numerous loss of life. Be with those people who experienced this disaster and whose lives have been indelibly altered. Be near to all who have suffered loss. Shed Your grace upon them. May they feel the support and prayers offered by the hosts of people throughout this land."
Go Back