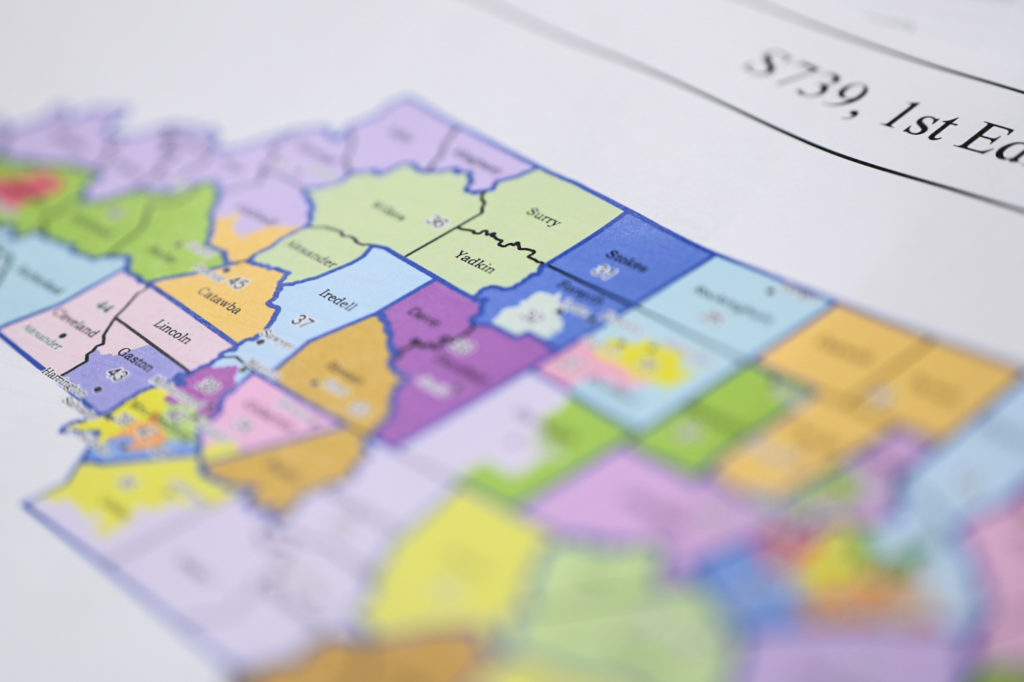 
The Democrat-dominated Buncombe County Board of Commissioners wants to join the legal fight against North Carolina's new election maps.

"Extreme partisan gerrymandering harms voters in real, identifiable ways," according to a motion from Edwin Speas, a lawyer representing Buncombe commissioners. "When government is not responsive to votes cast, citizens lose trust in their government. Our Constitution protects citizens from these harms inflicted on them by the General Assembly."

"The Buncombe County Board of Commissioners has a distinct perspective on the impacts of partisan gerrymandering by the General Assembly," Speas added. "It and its voters are uniquely harmed by the legislature's partisan gerrymandering. By local legislation, the General Assembly has mandated that Buncombe County's Board of Commissioner districts follow the State House districts in perpetuity."

"Thus, Buncombe County residents were subject to unconstitutional Board of Commissioner and House districts in 2012, 2014, 2016, and 2018. They desire relief from gerrymandered districts in 2022."

Democrats hold a 6-1 majority on the current Buncombe board. They gained ground in 2020 elections. Candidates ran in new districts that year after a previous court case ruled that previous commissioner districts were illegal partisan gerrymanders benefiting Republicans.

The Supreme Court will hear oral arguments Feb. 2. Observers expect a decision about the election maps within weeks - perhaps days - of that hearing.

The seven-member Supreme Court, with four Democratic justices and three Republicans, must decide whether to affirm or reverse a decision from a unanimous bipartisan three-judge Superior Court panel.

In a 260-page order issued Jan. 11, the panel upheld the maps. The three judges agreed that Republican legislators drew election maps based on "intentional, pro-Republican partisan redistricting." But the judges also agreed unanimously that nothing within the state's political or constitutional history gave them a reason to throw the maps out.

Candidate filing for all N.C. elections is scheduled to resume Feb. 24, with primary elections scheduled for May 17. Depending on the ultimate fate of House Bill 605, those dates could be pushed back to March 24 for candidate filing and June 7 for the primary. H.B. 605 now sits on Gov. Roy Cooper's desk.
Go Back