Putting the Fun Back into Public Office: Adam Harp | Eastern North Carolina Now | Adam Harp is always boiling over with enthusiasm, even if it is for activities that are at the opposite ends of the spectrum.

Putting the Fun Back into Public Office: Adam Harp 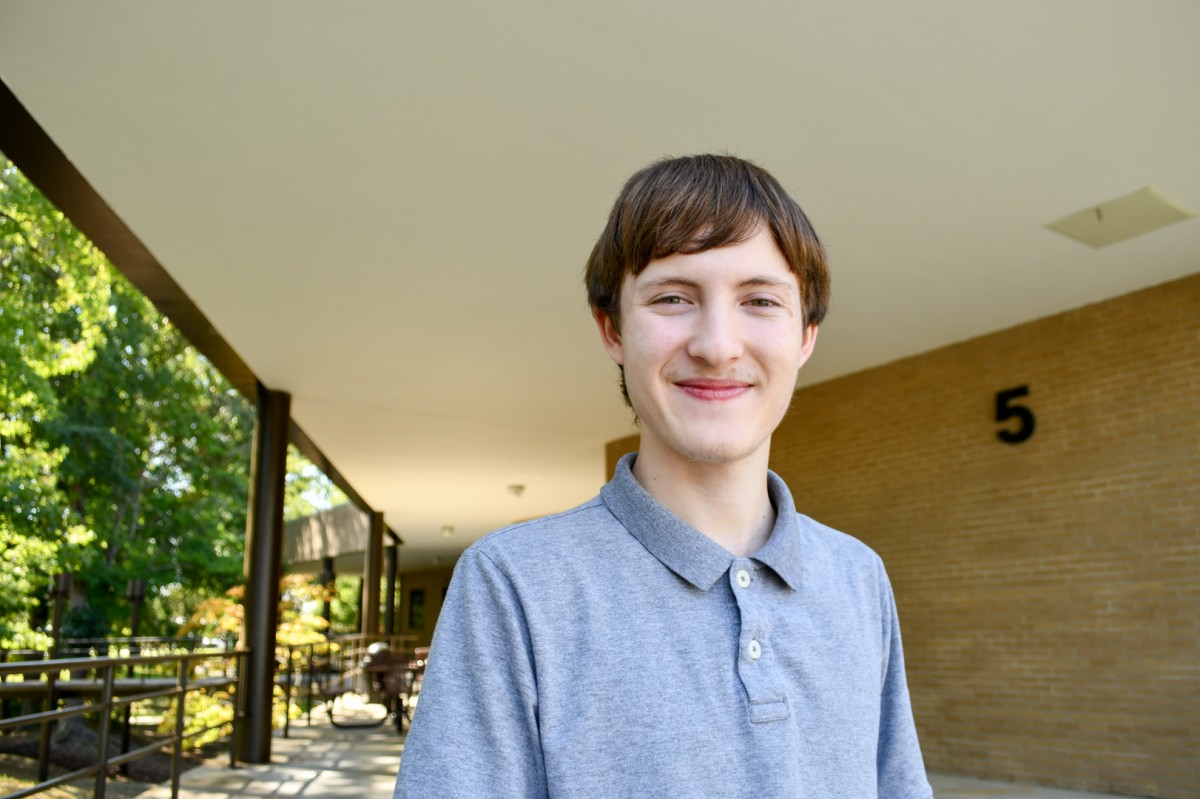 WASHINGTON, N.C.     Adam Harp is always boiling over with enthusiasm, even if it is for activities that are at the opposite ends of the spectrum. The future political science major enjoys political meetings almost as much as he enjoys dancing, as he is often seen at campus events. The Beaufort County Early College High School (BCECHS) student will graduate with both an Associate in Arts and an Associate in Science next year from Beaufort County Community College.

Harp is highly involved in the political landscape of his high school, as well as at the college. He is the president of the BCECHS student government and the treasurer for the Student Government Association at Beaufort County Community College.

"It's just something fun," he says of campaigning. "I enjoyed walking around talking to the freshman and sophomores." He made campaign videos for each of his runs, both of which he refers to as "fun."

Through his efforts, BCECHS students were able to raise $540 for the family of a teacher at the high school through a volleyball tournament where the winning team got to throw pies at the losing team. The tournament pitted teachers against students.

He keeps his messages simple, just encouraging students to vote, and he avoids making campaign promises. He got great support for when running for office at his high school, but when he tells people about his ambitions for state-level office, the reactions become mixed.

Inspired by civics classes, Harp would like to run for state-level public office. He participated in a mock congress in a class and learned about the drama and teamwork in the legislative process, including the failure to pass the bill they proposed.

He is very specific about using the term elected public official. He knows all of his representatives from the local level up.

He plans to transfer to UNC-Chapel Hill, UNC-Charlotte, or Western Carolina Universities, all three of which he says have strong political science programs.

Harp is motivation to enter politics is based on his dedication to offer services to people in poverty, a drive that stems from his faith.

"A large part of who I am is my Catholic faith. I'm a very devout Catholic. A large part of it is serving others, humility. My faith is the driver of my love of politics. To put that faith into action, I can be a public official. There's Catholic politicians on both sides of the aisle, so it is doable."

Through the Mother of Mercy Catholic Church, the St. Vincent de Paul Society collects and distributes food through a food pantry. Harp sits in on their meetings and helps out with the food pantry. The organization also helps out with rental and utility assistance.

"A lot of the people who operate St. Vincent de Paul are retired and have time to dedicate, so I was the youngest one there, but they were grateful just to have extra help," he says.

His involvement on campus goes past his political positions. He stepped up to take on a role in the college's honor society Gamma Beta Phi, which last year raised funds for Ruth's House, Beaufort County's domestic violence prevention organization and shelter. He has been a member of the college's creative writing club Write On! For years, participating in poetry contests. Harp even serves on his high school's prom committee.

With all of these activities, he enjoys the process as much as the outcome. During the planning for the volleyball tournament fundraiser, teachers helped by shortening classes and campus police and facilities staff worked with the former physical education professor to revive the volleyball court. The student government got donations for snacks through a movie theatre and grocery store.

"It was working together as a team. It was really fun," he says.

That type of cooperation permeates his political prospective as well. While Harp sees collaboration as the best way to accomplish goals, he sees the value in working through conflicts.

"Disagreements help share different points of view that others may not have thought about," Harp says.

He stays informed about current events through mainstream and accessible news sources like WITN or NBC Nightly News, along with an email newsletter from PBS.

He registered to vote soon after he turned 18 last December and walked into his first primary election bouncing with joy. While the outcome of the election on November 8 is uncertain, one thing is certain: Adam Harp will be there to vote, and he is going to have fun.

Early voting or "One-Stop Voting" starts on October 20, so anyone can register and vote at the same time at the board of elections in their county during their "One-Stop" schedule. For example, in Beaufort County, residents can One-Stop vote at the Board of Elections during office hours at 1308 Highland Drive, Suite 104, Washington NC 27889 starting Oct. 20. See their full schedule here.