The author of this post is Jenna Ashley Robinson. 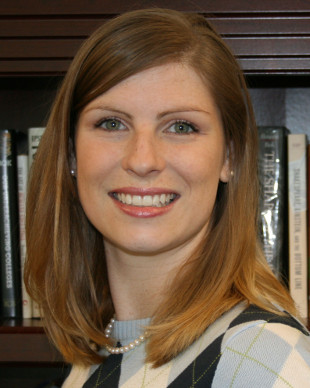 Jenna Ashley Robinson
Every two years, the General Assembly appropriates money to the schools in the UNC system to cover the cost of instruction - primarily professors' salaries and benefits. But the formula used to determine how much money the system requests is outdated, opaque, and creates the wrong incentives for university growth.

Indeed, the formula, with its famed "12-cell matrix," evoked lively questions at the September UNC Board of Governors meeting because it is so complex and because it mingles arbitary estimates with actual figures. This slide, presented to the board, gives an inkling of its complexity. However difficult to fathom, the formula is of vital importance to chancellors because it drives appropriation requests made to the legislature for each school.

The formula has two parts. First, the system calculates "requirements" for each school. This figure is based primarily on the size of the student body and how many hours each professor is expected to teach.

Specifically, the formula takes into account: the number of student credit hours taught at a given university, the number of hours each professor is expected to teach (this is an arbitrary figure, not the hours professors actually teach), the salary and benefit rate at each campus, and the cost of libraries. Once this "institutional support rate" is calculated, it is adjusted at some campuses to take into account for the proportion of low-income students a campus teaches and diseconomies of scale; that is, small schools with many low-income students get a "bonus."

Second, the expected in-state and out-of-state tuition revenues are subtracted from the requirement amount to generate the final appropriation request amount.

Since the enrollment formula determines the vast majority of funding that universities receive from the General Assembly, it significantly shapes universities' behavior - sometimes for the worse.

The formula is not all bad. Some of the incentives created by the funding formula could conceivably promote efficiency. A university will receive more money if students take more courses and teachers instruct more students.

That is because student credit hours are used to calculate the requirement funds for each school, while full-time equivalent students (12 hours) are used to calculate tuition revenue. Thus, students taking heavy loads help the university by upping the requirement funds without increasing the tuition revenue that must be subtracted.

Moreover, the formula relies on "average" faculty workloads from the National Study of Instructional Cost and Productivity (a.k.a. the Delaware Study). If faculty members teach more student credit hours than the Delaware Study predicts - then the university has more money for other purposes.

There are, however, serious problems with the formula. First, as Jay Schalin has written in a paper on UNC workloads, the Delaware Study may not accurately reflect appropriate faculty workloads. Second, there are two ways for professors to be more "productive." They can either teach more courses or teach larger courses. Faculty generally do not like to do either, but usually prefer larger courses to more hours.

Unfortunately, the main motivation created by the formula is a rapacious appetite for growth - even at the expense of other academic goals.

When a university shrinks in a given year, its funding is cut in both real and per-student dollars. This was the case for several UNC campuses in 2013-14: Elizabeth City State, Fayetteville State, N.C. A&T, N.C. Central, UNC Pembroke, and Winston Salem State. (Enrollments fell for reasons outside the universities' control.) Those campuses had smaller university requirements as determined by the formula and also absorbed a part of "management flexibility" cuts. These are cuts from the budget that are not determined by enrollment figures.

This effect gives chancellors a strong incentive to grow their campuses every year and the formula guides them in how to do it. Increasing the amount of faculty, staff, equipment, and space to grow a campus is easy compared to downsizing a campus whose population is shrinking. Professors and staff are difficult to fire, university buildings are hard to sell, and equipment is specialized for university needs. Yet growth is not always in the best interest of the students - often it means that less qualified students are admitted, leading to falling retention and graduation rates.

The formula also potentially affects academic decisions - particularly about which departments and majors should grow and which should shrink or be closed. The reason is that the formula specifies a different number of hours each professor is expected to teach based on discipline. Universities receive more money for some courses than for others - regardless of their own staffing patterns. The formula groups academic disciplines into four categories, according to how many student credit hours professors are expected to teach based on the Delaware data. (See chart.) 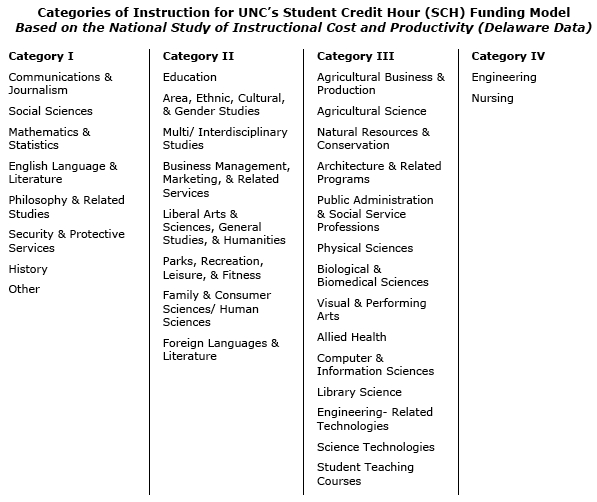 Because of these parameters, universities have incentives to play games. For example, they might lump history or English departments together as "humanities" because humanities courses are in Category II, and professors in that category aren't required to teach as many hours. That is, it takes fewer students in those courses to fuel more funding. Similarly, administrators might overload the general education requirements with vague "first year seminars" (also Category II) instead of useful courses in social sciences, mathematics, or literature, which are in Category I.

When considered as a whole, the formula sends mixed signals to college administrators and invites universities to try to game the system rather than to focus on excellence.

It's time to update the formula to align with the right incentives for university growth and performance. In today's economic climate, the formula should encourage prudent growth and academic excellence, not gamesmanship and confusion.
Go Back