Login to Send a Private Message to Stan Deatherage
After the first night of ice, and much powdery snow, the ice takes over.

The Bomb Cyclone had its conclusion, but left in its wake this Southern state of North Carolina covered in snow and ice - even this far Downeast, just about 100 miles west of the Gulf Stream. Consequently, when the third arctic blast plummeted through the Old North State, with most of the state in temperatures well below freezing and night time levels below zero, my Mac'swood home nearly froze; the front yard pond did freeze, and froze hard. 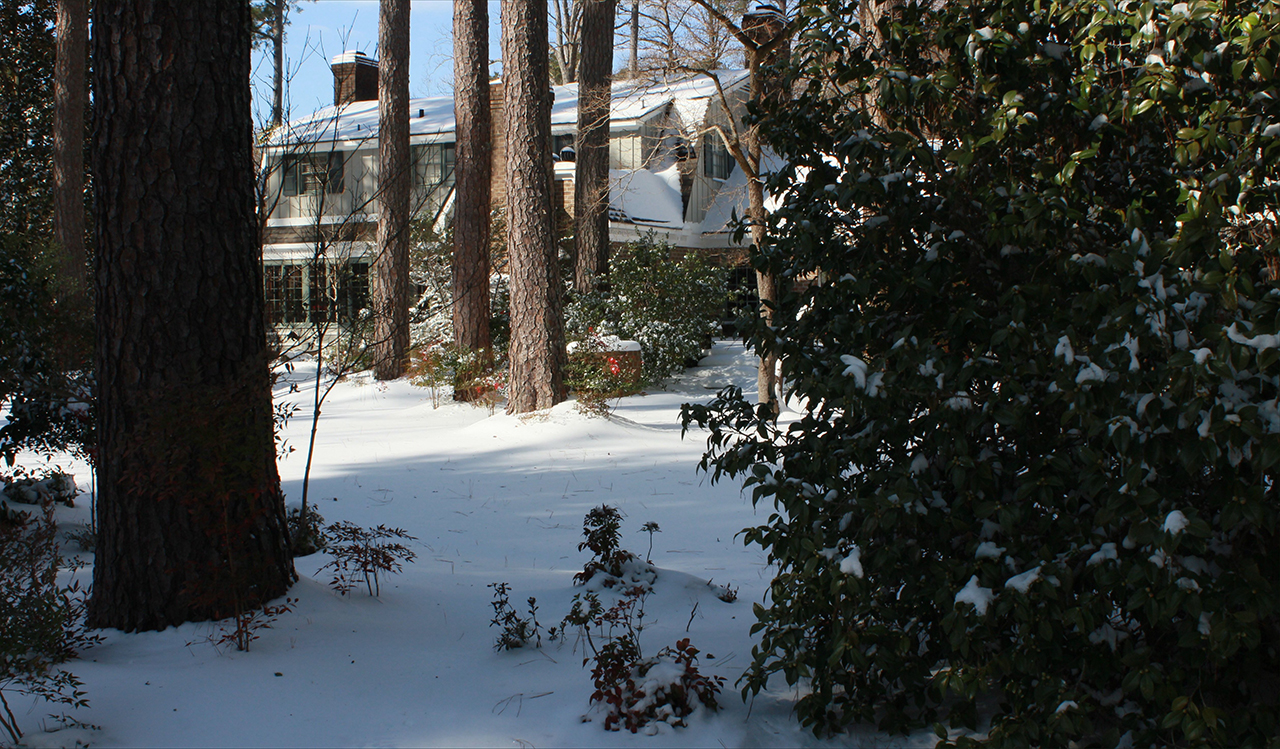 The rear of my home and the headquarters for BCN /SNI the day after the big cold snow: Above. My Nandina, that I plant everywhere, is covered in the powdery snow: Below.    photos by Stan Deatherage    Click images to expand. 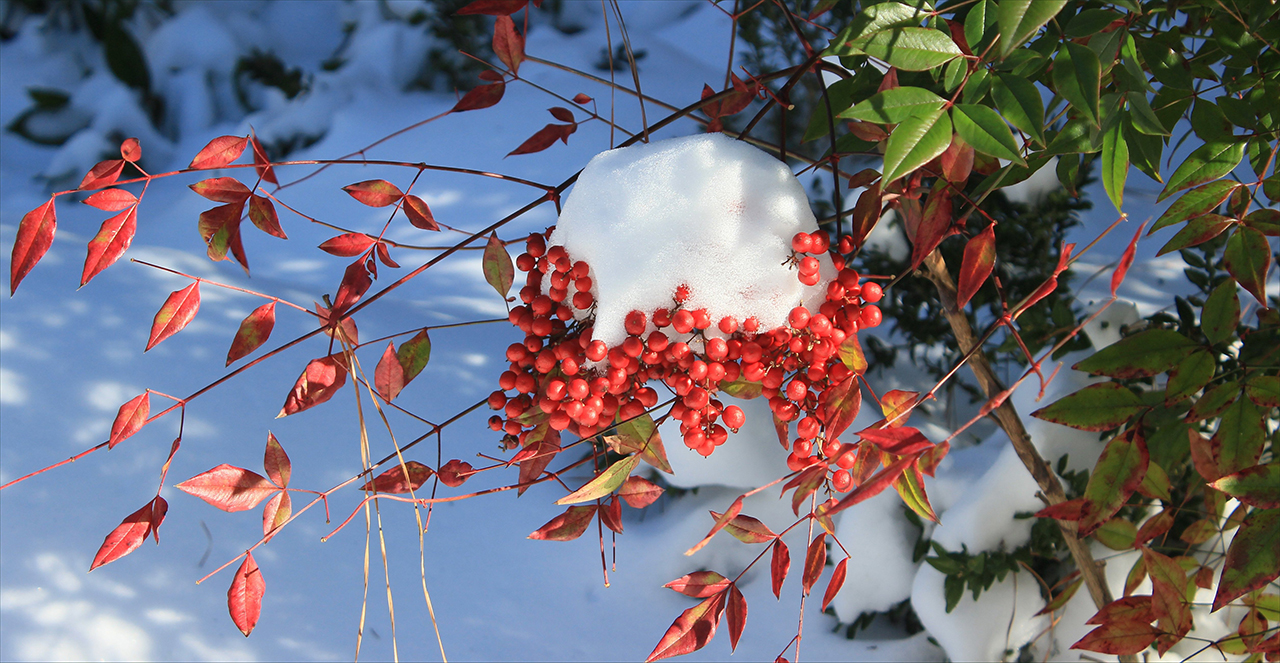 After the first day after the storm, January 4 2018, with temperatures struggling upward to reach the freezing mark, the night of the 4th/5th plummeted to the mid single digits, and the freeze was on from ponds to pipes. 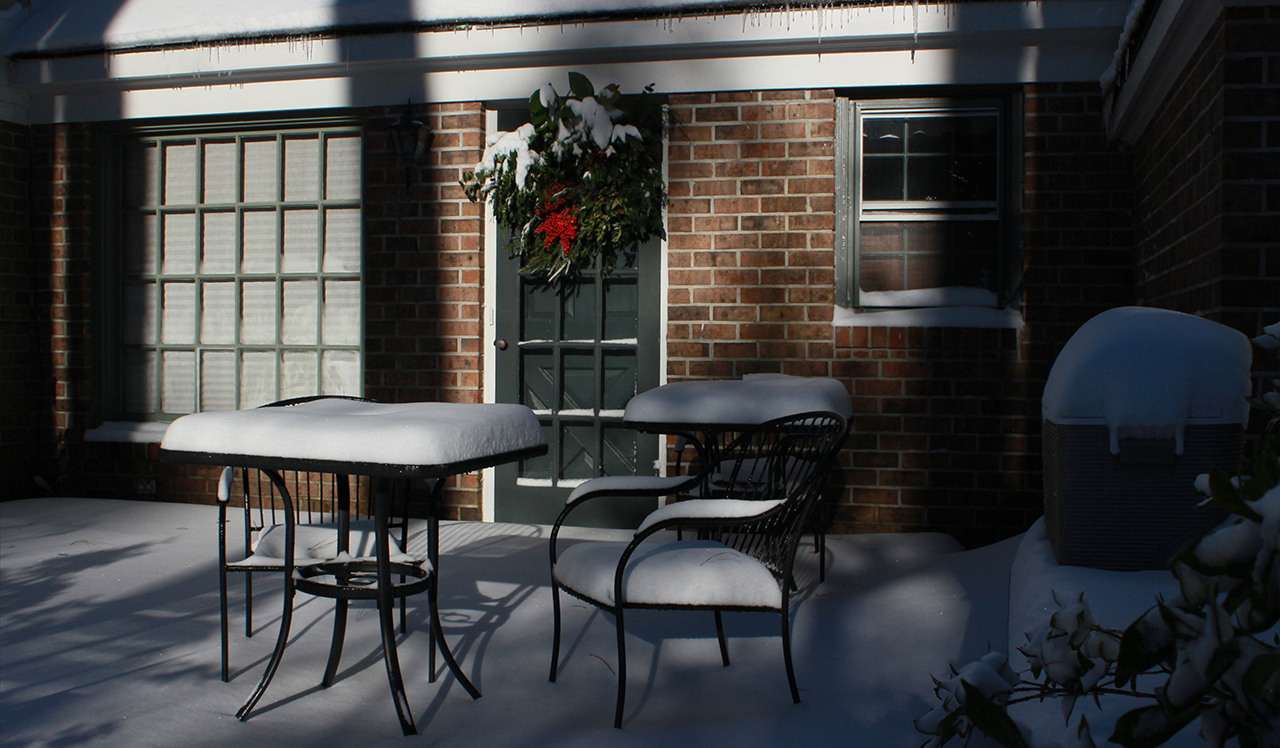 I make my own Christmas wreaths from the colorful vegetation that I have planted over the years, ornamental plants that continually decorates my expansive yard: Above. Another Christmas wreath after two sub zero fahrenheit nights (image taken on January 7, 2018): Below.    photos by Stan Deatherage    Click images to expand. 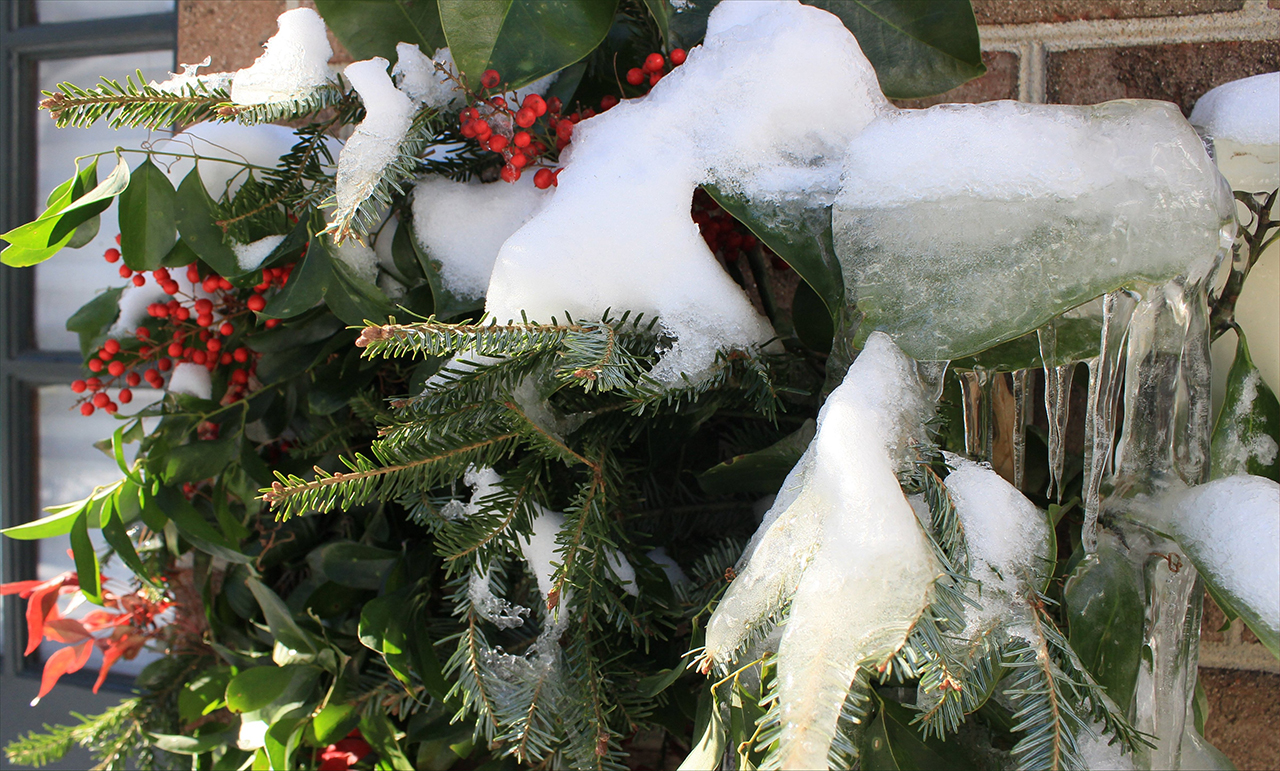 After that first night of single digit temperatures, even with the sunny sky above, there was little melting that second day after the Bomb Cyclone swept through. 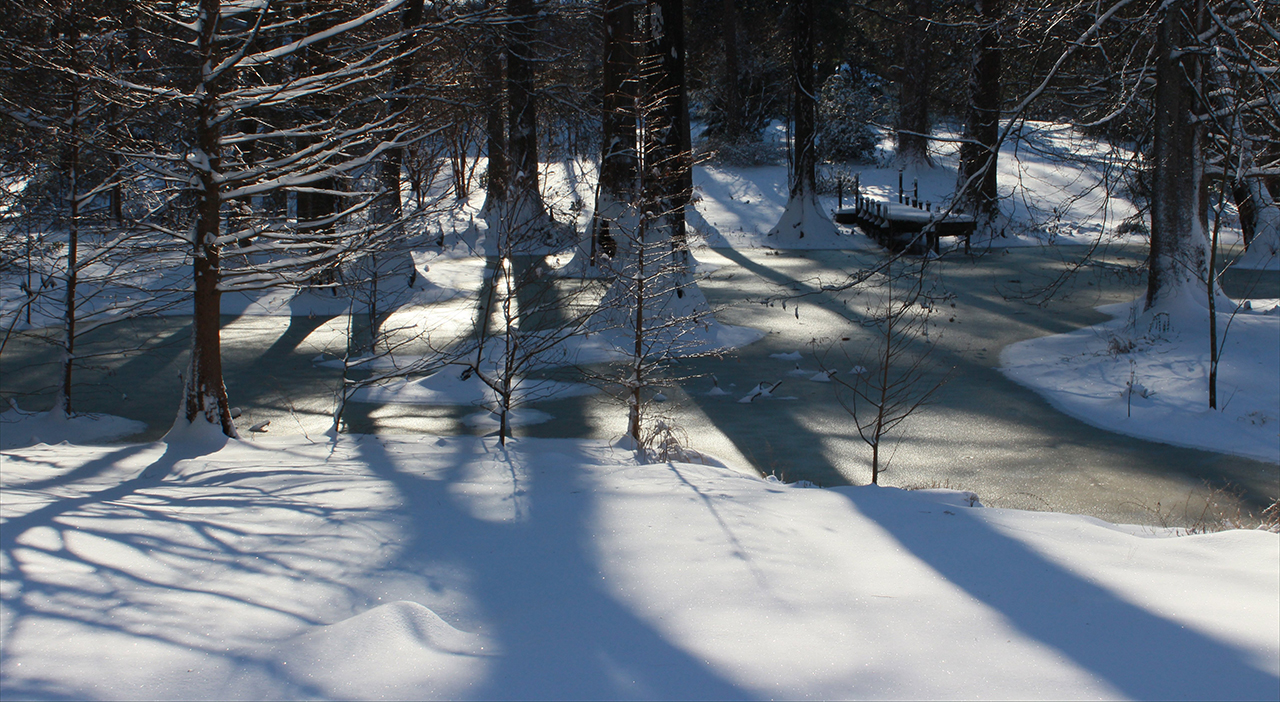 The unadulterated dry snow the morning of January 4th: Above. The next day seeing the pond and seeking the unique properties of this very stiff Southern water: Below.    photos by Stan Deatherage    Click images to expand. 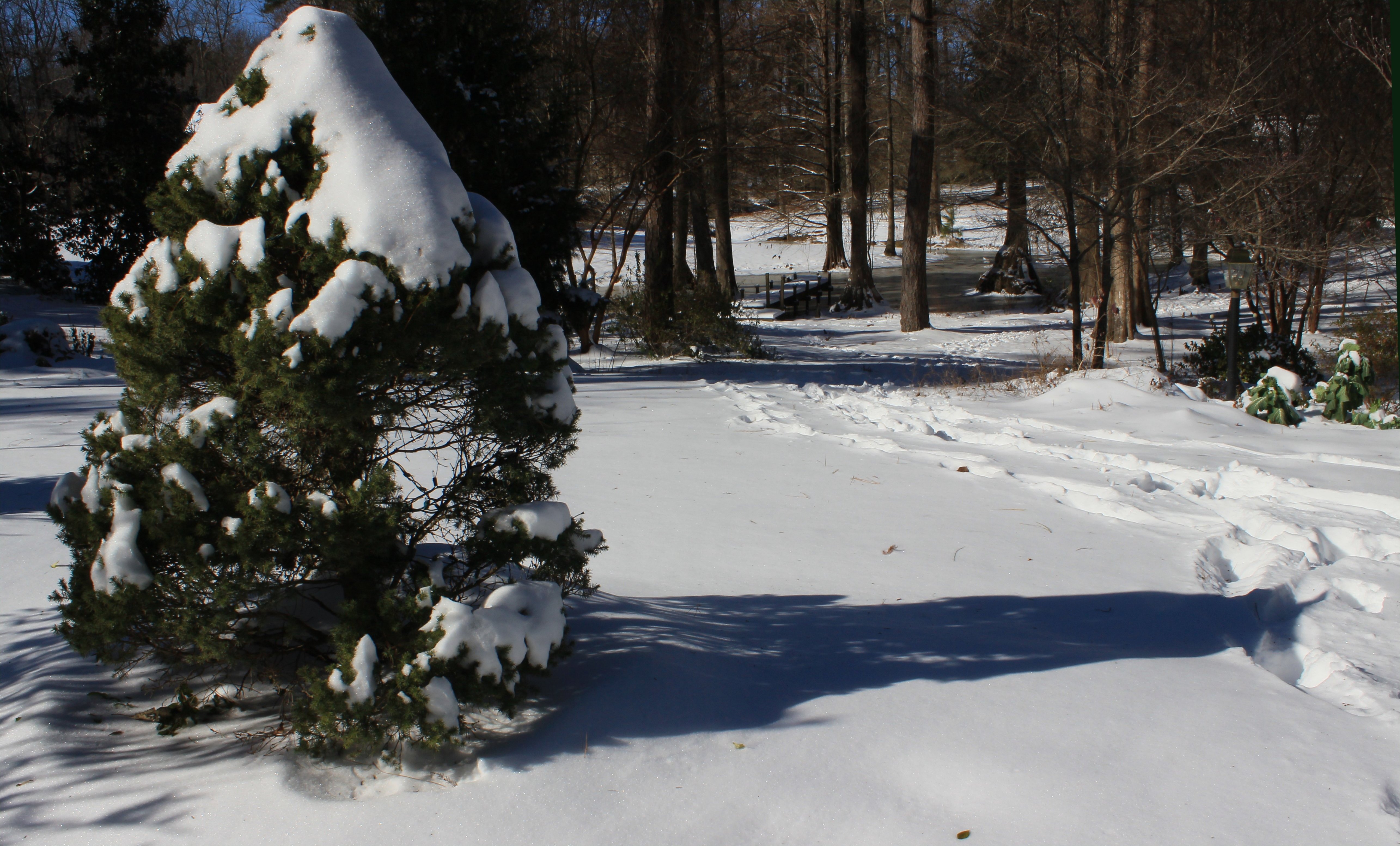 And speaking of that "stiff Southern water", I found my way down to that hard frozen pond to do something that I have never done in all my 23 years of raising my children in Mac'swood, I walked on that frozen water; shooting unique, interesting pictures from various angles on two separate days. 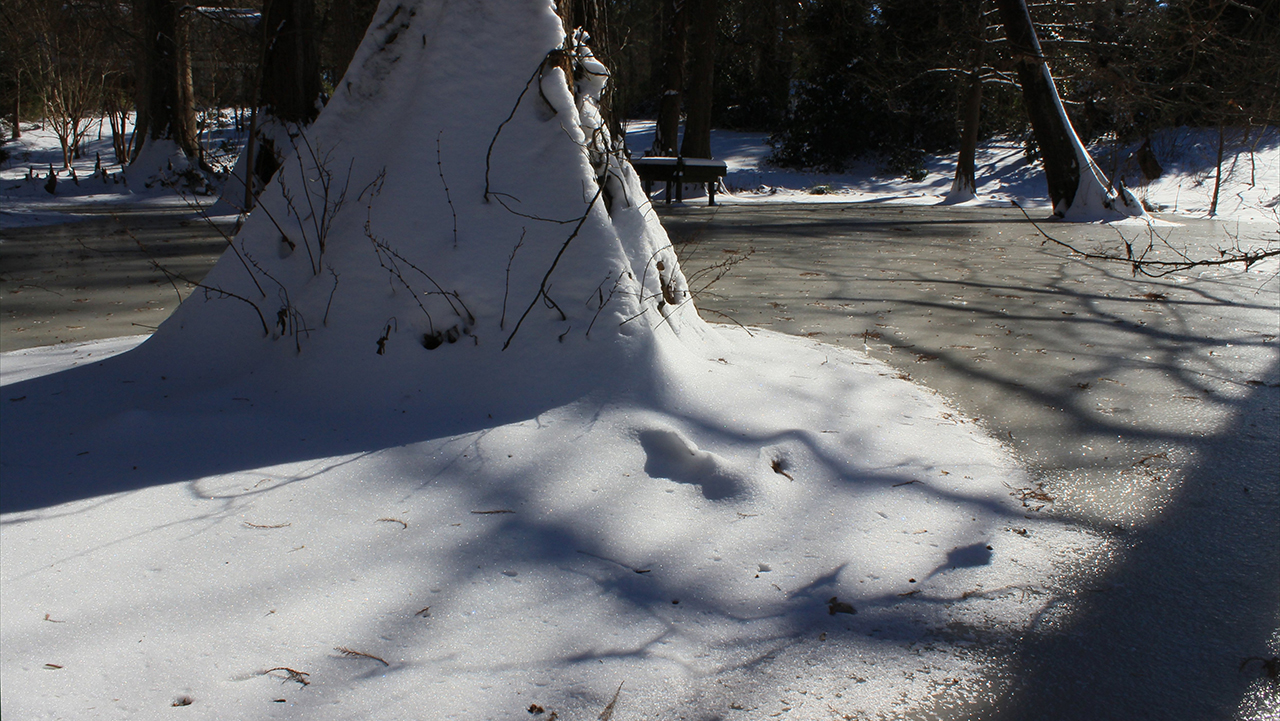 My Cypress Pond, and its surface was very cold, invites me to explore a number views to make into images which I share here now: Above and below.    photos by Stan Deatherage    Click images to expand. 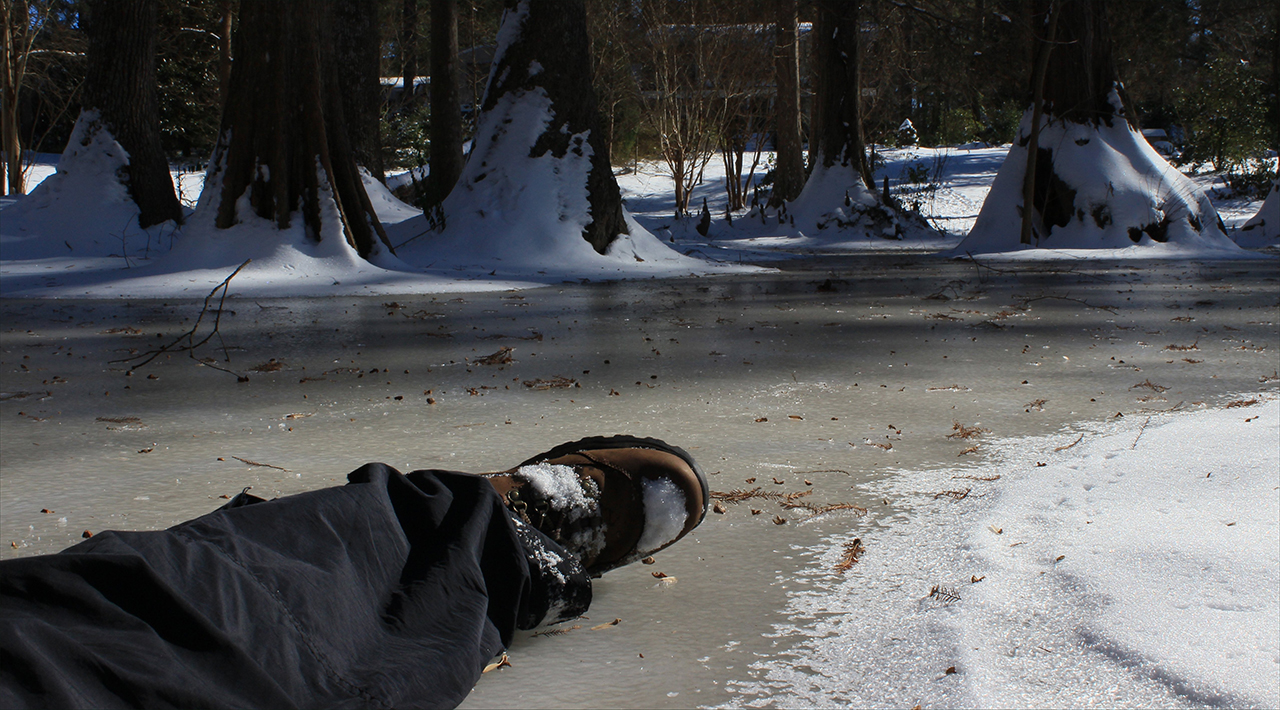 On this first day, I did here a few frightening cracks as I positioned my 6' tall, 221 lb. hulking frame upon its surface, but, upon hearing that second cracking sound, I found it wiser to spread my burgeoning bulk upon this pond's freezing surface, and shoot from the same vantage point of the critters that would walk upon its surface. 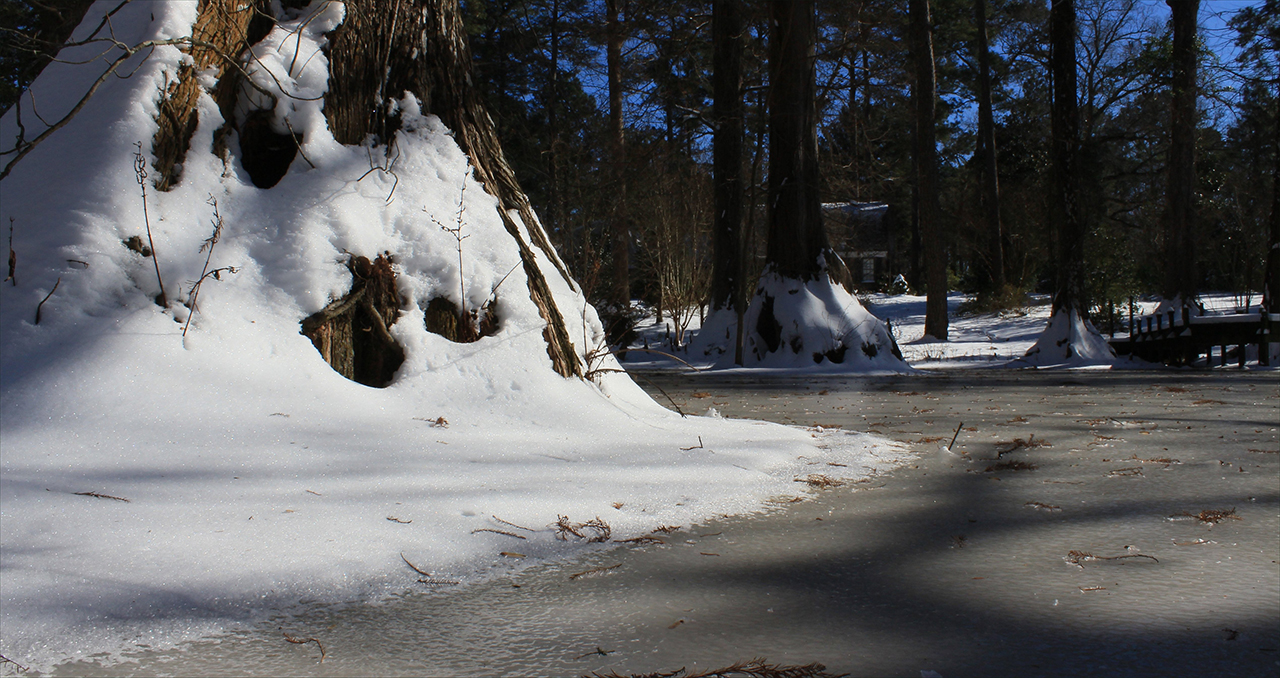 The Cypress trees encased in their frozen prison were a riddle to shoot with the sun in the face of my DSLR's lens, but, these images turned out well enough: Above and below.    photos by Stan Deatherage    Click images to expand. 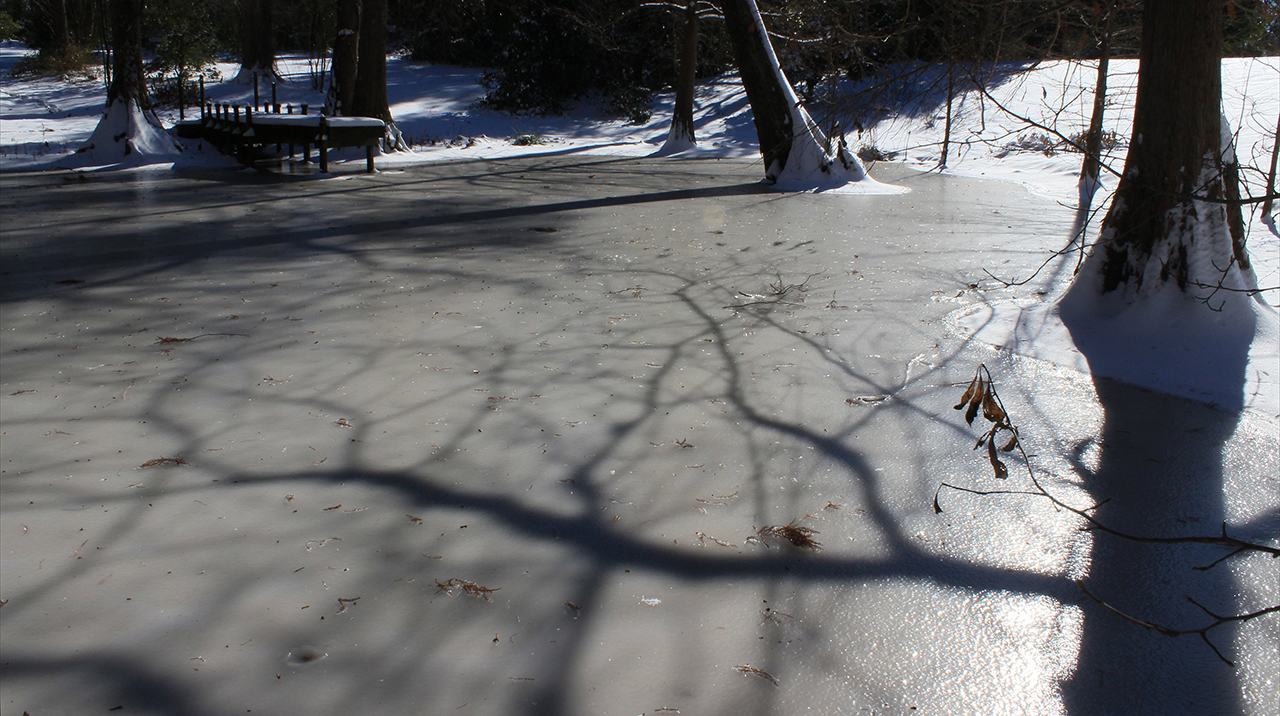