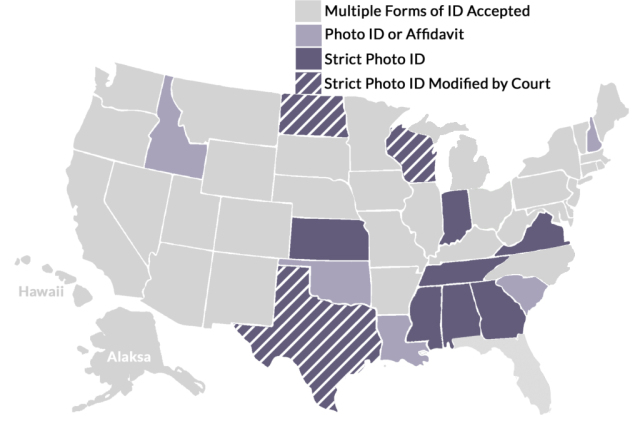 (This excellent photo comes from the Reclaimtheamericandream.org site)


Check out the article posted on January 2 in the Carolina Journal about the ongoing status of our NC Voter ID law.N.C. Attorney General Josh Stein will not seek to restore North Carolina's voter identification requirement for the 2020 primary election. The decision announced Thursday, Jan. 2, prompted criticism from the state's top elected Republican.

Check out the article posted on January 2 in the Carolina Journal about the ongoing status of our NC Voter ID law. ["NC Attorney General Won't Push for Voter ID in 2020 Primary," https://www.carolinajournal.com/news-article/n-c-attorney-general-wont-push-for-voter-id-in-2020-primary/%5D. In particular, the article addresses a federal district court ruling that has blocked our NC Voter ID law requiring a photo ID to vote from going into effect.

Check out the total b***sh** that is coming from the Democrats (Governor Roy Cooper, Attorney General Josh Stein, the NAACP, other progressive organizations, and liberal/deranged/progressive judges), all in a desperate and concerted effort to make sure they can cheat and scheme at the ballot box. After all, North Carolina is a battleground state and Democrats have their evil sights on her.

We all know that in order to have any chance at winning the state, Democrats must be able to cheat and scheme at the ballot. And they have been out in full force since the 2016 election, in full obstructionist mode, just as the Pelosis and Schiffs and Nadlers and Schumers and the other deranged Democrats in DC have been gunning for Trump from the second he took the oath of office. And we also know that in matters of law alone (that is, laws duly passed by the state legislature and even by the US Congress), Democrats can't win. When they can't achieve what they want through the election process and when they can't get their way with legislation and policy, they go to the liberal courts. There, they know, they will get the social justice they seek. In other words, there they will be able to over-turn election results and strike down duly-enacted laws simply by claiming discrimination, by reminding the liberal/social justice-minded judges of North Carolina's history of discrimination, by conjuring up some half-ass allegation that has no basis in our constitutional jurisprudence, or by going so far out on a limb with their charges that people immediately accuse them of insanity or GOP derangement syndrome. Until we straighten out the mess we have with our courts whereby judges put politics first and political party first instead of honest legal analysis (we see this especially in North Carolina and in places like California and Hawaii), we need to call these liberals, these liberal politicians, these liberal judges, and these liberal groups out for what they are - agents to help the Democratic Party gain and secure political power, at all possible cost. They are a disease, a cancer, that needs to be rooted out so that our state can be healthy and so that government can be accountable and can properly serve those for whom it was created - the People (as opposed to a Political Party).

For now, Democrats are happy and content knowing that the state court system is over-run with liberal/progressive judges. The state supreme court has six of the seven seats filled with Democrats. This leaves them free to concentrate on elections here in North Carolina. Republicans want elections that are fair and free from fraud, abuse, and tampering. About 10 years ago, the federal government conducted a study of the elections across the country and found an incredible amount of voter fraud and election fraud. The panel that was created to study it concluded with a report and advised every single state to adopt a voter ID law to secure their elections. Democrats reject the Republican position (of course) and they reject even the advice of the federal government. Neither position gives the Democratic Party the opportunity to engage in election and voter fraud to influence election results.

There seems to be a reason why the Democratic Party poured most of its resources into the races for NC Governor, NC Attorney General, NC Secretary of State, and the NC state Auditor... It's because these four state leaders, these members of the NC Council of State are the ones which have influence over the NC Board of Elections. And guess what? Democrats won all four of these seats (Roy Cooper, Josh Stein, Elaine Marshall, and Beth Wood, respectively).

Notice the four glaring problems with the federal court ruling issued by US District Court Judge Loretta Biggs on December 31. First of all, the African-American judge (appointed by Obama) dwelled on North Carolina's history of racial discrimination and then concluded that "racial motivation was a likely factor in the General Assembly's crafting of the voter ID law." It's no secret that North Carolina was a slave state and has a history of racial discrimination, including Jim Crow laws and attempts to disenfranchise blacks at the ballot box. But that ended with Martin Luther King Jr's protests and his black civil rights movement aimed at tearing down voter suppression laws. In 1965, President Lyndon B. Johnson signed into law the historic Voting Rights Act, making it legally impermissible to deny equality at the ballot box. In the years that followed, black participation in elections continued to increase and in certain historically discriminated areas, black participation was even greater than white participation. And then in 2008, a half-black man was elected to the highest office in the land - the White House, with support from both white and black voters. Black participation in elections was documented by the Supreme Court in 2008 and in 2013. Nevertheless, Judge Biggs had this to say about the NC Voter ID law in her ruling this past week: "A sordid history of racial discrimination and voter suppression stretching back to the time of slavery, through the era of Jim Crow, and, crucially, continuing up to the present day."

The NC Voter ID law at issue was passed as SB 824 in 2018. This was the second attempt at implementing voter ID by North Carolina Republicans in recent years. Their previous attempt, in 2013, was ruled unconstitutional after a liberal federal appeals court (the 4th Circuit) found that it was intended to "target African-Americans with almost surgical precision." While the 2018 law didn't contain some of the so-called objectionable parts of the unconstitutional 2013 law, such as early voting restrictions that were unrelated to the ID issue, Judge Biggs wrote that the new 2018 law still appears to have been "impermissibly motivated, at least in part, by discriminatory intent." Read clearly, her ruling drips of her personal opinion and her personal disgust over NC's past history of racial discrimination. It is not grounded in any reality. 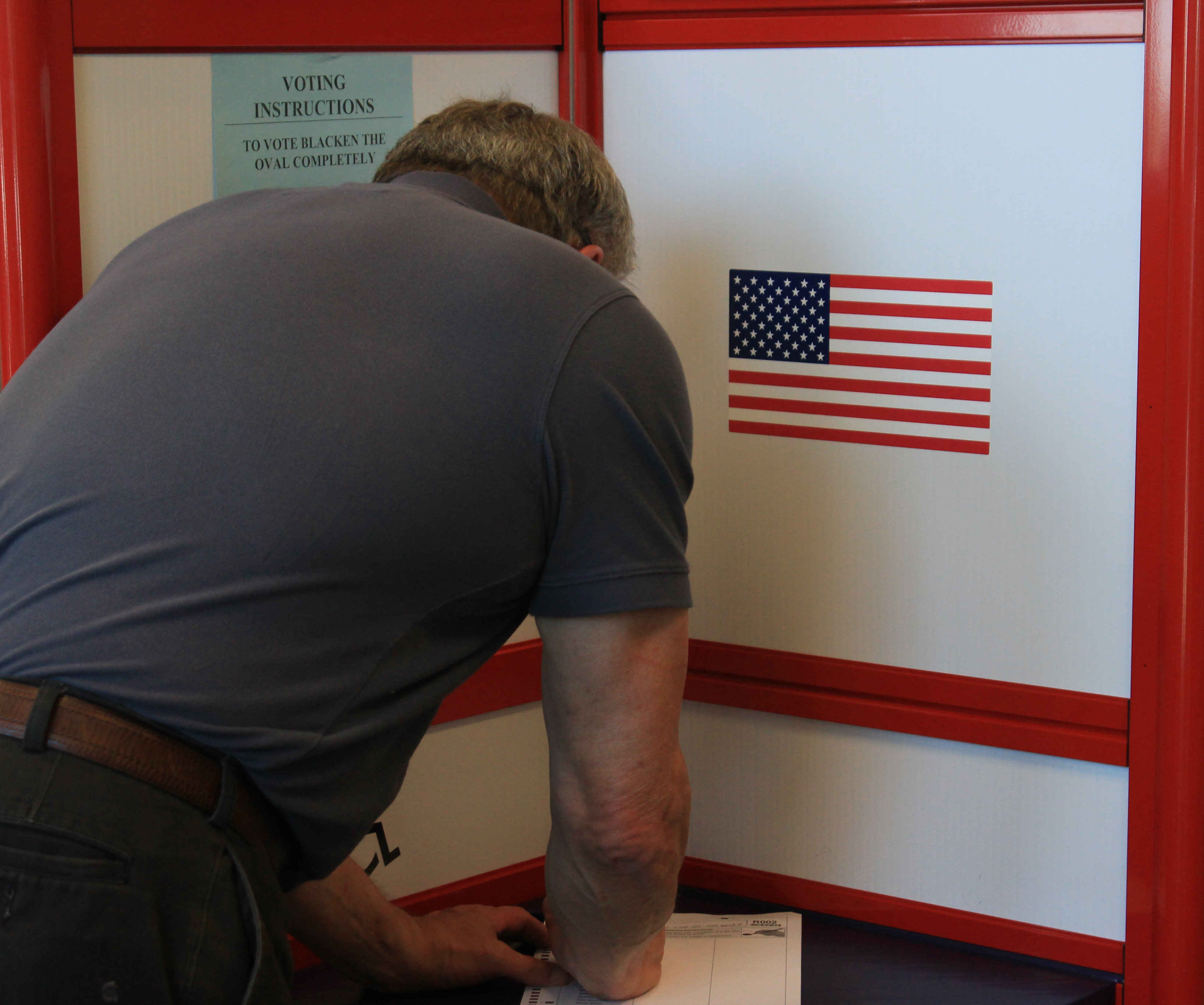 A cardinal rule of the SEPARATION OF POWERS doctrine regarding the judiciary is that the courts must NEVER substitute their judgement for that of the legislature. And that is exactly what disgraced judge Biggs did. Second, a recent (2013) landmark Supreme Court ruling struck down the "pre-clearance" requirement in the Voting Rights Act, thereby effectively saying that courts must not take any historic discrimination into its analysis in reviewing matters of voting (voting laws, maps, etc). It must not be assumed any longer that just because a state had discriminated in the past that it must be intending to continue to discriminate. [See Shelby v. Holder, 2013]. Third, the Supreme Court had already ruled on the exact type of voter ID law that was challenged in our state - a strict photo ID law. In that case - Crawford v. Marion County, 2008 - the Supreme Court addressed challenges to an Indiana photo ID law, both as being discriminatory against African-Americans and as being an undue burden on one's right to vote, and concluded that neither had any merit. The ruling, written by the most liberal member of the Court, said that a strict photo ID voter law posed no meaningful burden to the right to vote. NC legislators fashioned our Voter ID law after that Indiana law. Since the Supreme Court had already addressed the issue in 2008, the district court should have dismissed the case based on stare decisis ("that which has already been decided"). Finally, taking these three items above into consideration and taking the discrimination aspect out of the equation and understanding that judges must not try to substitute their judgement or their views on racisms into a ruling, the Voter ID issue posed nothing more than a political question which falls OUTSIDE the jurisdiction of the federal court system. The court should have dismissed it for lack of jurisdiction.

But hey, Democrats observe and obey no rules. They go to the federal courts for one reason and one reason only - their liberal/progressive judges are forged from law schools committed first and foremost to social justice and they have no allegiance or loyalty to any constitution. They are of the mindset that constitutions are 'living, breathing documents" to be molded, interpreted, transformed, re-defined, or even ignored at will by judges who "know better" than anyone else. It is their job, they believe, to align the constitution, the particular law, policies, etc to the current state of social evolution.

To be clear and to address this topic honestly, Attorney General Josh Stein did announce this past Thursday that he would appeal Judge Bigg's ruling for the November 3, 2020 election. Stein said that he would not request that ID be put back in place for the primary, which he said would only cause "voter confusion," but would seek to resolve the matter in time for November's Election Day. And to be fair to him, in a previous filing on behalf of Governor Cooper and the Elections Board, Stein's office wrote that "an injunction would contravene the will of NC voters, who ratified the constitutional requirement for voter ID in the 2018 statewide election." So we'll see how this all plays out.

Also to be clear, Biggs' ruling doesn't put a final end to the issue because it's a temporary injunction. In other words, it's only meant to halt the law from going into effect until a full trial can be held to decide the issue more permanently. However, courts issue an injunction when they are fairly certain the law being challenged will eventually be struck down by the court when a trial is held.

A brief, but decent, overview of the two NC voter ID laws can be found in an article in the January 2 issue of the News & Observer ("Voter ID Case Puts Democratic Politicians Against NAACP, as State Leaders Will Appeal")
References: