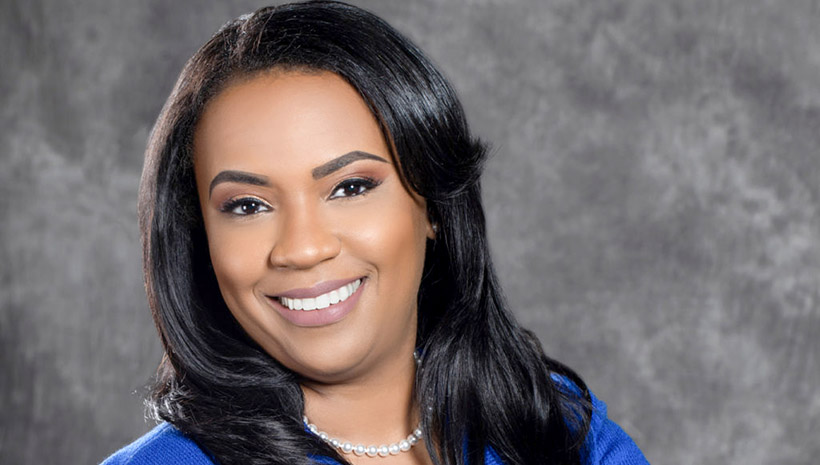 On Dec. 14, 2018, Karrie Dixon was named chancellor of Elizabeth City State University after serving eight months in the interim role. Before her installation at ECSU, Dixon worked 10 years as a senior administrator for the University of North Carolina System.

Under Dixon's leadership at ECSU, the historically minority-serving UNC school in eastern North Carolina, has seen a steady uptick in enrollment. The university, which experienced budgetary challenges and steep declines in student enrollment between 2010 and 2015, has seen an influx of new students - to the tune of roughly 20% - over the past couple years. The spike is partially attributable to NC Promise, a state plan to cut in-state tuition at ECSU, UNC Pembroke, and Western Carolina University to just $500 a semester. Out-of-state tuition also dropped to $2,500 a semester under the plan.

The General Assembly passed NC Promise in 2016, and it was initially funded with $51 million. The tuition cuts launched in 2018. The General planned no sunset for the program, but the tuition plan is subject to the judgment of the legislature.

On Nov. 15, Carolina Journal Assistant Managing Editor Kari Travis sat down with Dixon at ECSU to talk about NC Promise, student and academic growth, and the future of the institution, among other things.

This interview has been edited for clarity and length.

KT: Just five years ago, enrollment at ECSU was plummeting. To what do you attribute the recent increases in enrollment? How much has NC Promise played a role in boosting numbers?

KD: There are a number of different factors. One, NC Promise has definitely helped us to leverage where we are, from the standpoint of providing a quality education at an affordable price. ... That's huge for our citizens in North Carolina to realize that education is affordable. And the General Assembly has put this initiative in place to make sure that anyone and everyone can see continuing their education as a possibility, and a reality.

In addition to NC Promise being put in place, I also attribute our enrollment growth to just looking differently at how we are strategically recruiting and what we are offering. Being able to articulate to families and prospective students what they would gain from ECSU and a college degree [is important].

KT: What do you tell them?

KD: Some of that conversation is really around the theme of, "It's a new day." It's a new day at ECSU. We are a constituent institution of the University of North Carolina. To my surprise when I arrived here, a lot of people didn't know that. ... To have a constituent institution of the University of North Carolina right here in eastern North Carolina, is huge. I had to let the community know and understand that. Part of our pitch to people is educating them on that fact, but also showing them that, "Hey, we have quality academic programs here. We have education at $500 a semester. You're not going to find that anywhere else, for a four-year degree."

Some [people] had the perception that [NC Promise] was only for recent high school graduates. ... No, it's for anybody. So if you've gone straight into the workforce out of high school, go back to school. If you want to complete that credential that you've always desired, now is the time. ... I say if this is something you want, do it now. Because we don't know how long the General Assembly is going to fund this.

KT: No sunset has been planned for the program, but are you at all concerned about what happens if the program is terminated?

KD: One thing we have been told is that, as long as the student enrolls while NC Promise is active, they will be grandfathered in if it stops in the middle of their four years. So this [$500 or $2,500] tuition coming in the door will be honored for the completion of their four years.

KT: What have been some challenges in implementing NC Promise? Has recruitment been easier since the program's installation?

KD: One challenge for this institution is that, because we are small, we do not have a large marketing budget. And we don't have a major TV station here. We had to be really creative about how we were able to market NC Promise and make people aware that it was even in place. We capitalized on social media. ... We had to use word of mouth. I've been out in the community meeting with groups. We've met with the superintendents, and the high schools. ... I've been on radio shows, wherever we could get those booked. But ... we have just blown social media out of the water. It's because it's free, and we had to capitalize on what we could.

KT: At one point, a few years ago, there was talk of potentially dissolving ECSU. Now, the UNC board appears to be behind the revitalization of the university. Has its perspective fully changed? What factors have contributed to a general interest in preserving the university?

KD: When the Senate suggested that back in 2014, it was mainly because of the significant decline in enrollment here at ECSU. There were some other financial factors that were going on, as well. There were some other issues that the university was facing. And it was a very trying time. I remember that clearly, because, at the time, I was vice president for academic and student affairs at the UNC System office. ... But what was so interesting about that particular time is people came forward and voiced loudly how important this institution was for this region of the state. Business owners and community members rallied around this university. And you haven't seen anything like that, especially with this institution being a historically black college and university. People of all races and all genders ... came together and said, "We can't let this university go."

They knew how important this institution was as an economic engine for this area. And I have to say, [when you're] sitting in Chapel Hill, sometimes you have a different view of what's happening on the ground when you're so far away and trying to understand. Since I've been here on the ground, and I've met the community and I've met people who are so passionate about the success of the university, it is clear that this area needs this university to survive. Needs it to thrive. Needs it to be sustainable. We are one of the three largest employers in this area. So, to not have this institution here would just be detrimental.

KT: When the General Assembly first passed NC Promise, there was concern from many corners that lowering tuition would lower academic performance. Has that been an issue?

KD: No, no. And I heard those same statements of concern when it was first being discussed. I think a lot of that was because nobody knew if this was going to work, if it was going to make an impact or not, if this was a good idea or not. You know, [the program] was talked about for two years before we actually had data to show, and last year was our first year of NC Promise where we actually saw that we grew 20% the first year.

I think a lot of it has to do with how you message it. The reputation of UNC across the country is significant. There's a lot of weight to that. To say this is an institution [that's] part of the UNC system should put any doubt of quality at rest. It's important to think about how we market it, how we inform people about what they're getting. My message is always around a quality education at an affordable price. Everybody wants a bargain, but they don't want to risk quality for that bargain either. I know I don't.

KT: Collaboration between UNC schools and community colleges seems to be growing. What kinds of partnerships does ECSU have with the N.C. Community College System?

KD: It's important that we be intentional about those partnerships. One thing I did during the first six months of being here is to take a road tour. I went to seven community colleges that were in close proximity to ECSU. I met with their presidents, their cabinets, and their student body presidents, and we talked about ways that we can expand our collaboration and our partnerships. I know how important that is. We have three co-admission agreements: one with Pitt Community College, one with the College of the Albemarle, and one with Edgecombe Community College. And we have seven community colleges that offer aviation courses. So, the UNC System office gave us approval for a blanket articulation agreement around aviation science. When those seven colleges are ready to come on board with us, we don't have to keep going back to the system office and the Board of Governors for approval. ... When students are interested in transferring from whatever their aviation track is, they can come here to complete their full degree and leverage what we have here in our aviation science program.

KT: What are some of the most positive changes you've seen during your time at ECSU?

KD: When I got here, I knew there were some things that needed to be done with this campus. Beautification efforts, because first impressions mean everything. I had people calling saying, "The campus looked awful. It looks abandoned." ... I knew we really needed to put forth an effort to make this campus look ... like a university campus. So there were over 60 projects that we did. We spent about $1 million, and we were able to recoup that in our internal budget by stopping expenses we no longer needed, that didn't make any sense, that we were paying for that we weren't getting any bang for our buck out of. I stopped contracts and other things to recoup some of that money.

After being here a few months, I walked this entire campus, and I said, "That needs to change. This needs to change." And I was pointing out things that just caught my eye. I thought "We gotta do better." ... I would consider those things low-hanging fruit. Those are things that can be done.

That has really stuck with me.