Cooper’s Lockdowns: We’ve Missed So Much, but Just Wait ’Til Next Year! | Beaufort County Now | Let’s try something new. New for me anyway. A different path, if you will.

Cooper’s Lockdowns: We’ve Missed So Much, but Just Wait ’Til Next Year!

Published: Friday, October 23rd, 2020 @ 9:14 am
By: Carolina Journal   ( More Entries )
Publisher's Note: This post appears here courtesy of the Carolina Journal. The author of this post is John Trump. 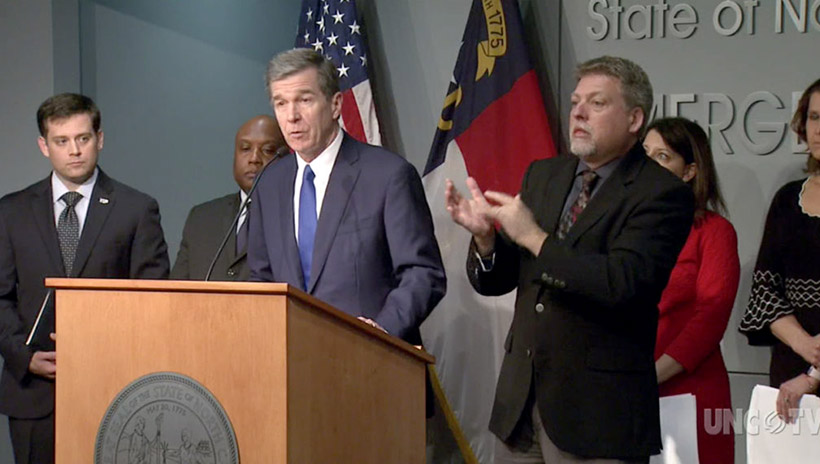 Let's try something new. New for me anyway. A different path, if you will.

Follow me and I'll lead you, all the while trying to avoid the spooky, dilapidated house at the end of what used to be a road. The house is filled with sadness, with media reports of rising waves of COVID-19, even as 218,541 North Carolinians are presumed recovered from the virus, Jon Sanders writes.

Even as active cases represent just over 0.2% (two-tenths of one percent) of the state's population, says Sanders, director of regulatory studies at the John Locke Foundation.

The house is trouble, cluttered with calls for more closures, more orders to stay at home. It's stocked with science and data, for sure, but the numbers lack context and detail.

It's a depressing place. Stay far away.

I've written a lot lately about Gov. Roy Cooper's orders and lockdowns, about what's been lost, and about what's been taken. Some people though, while appreciative of my writing, have found it disheartening. Pessimistic, even.

Sorry about that. I'll try to be more positive, happier. Bordering on giddy, even.

The politically tinged government suppressions, borne by the COVID-19 pandemic, have indeed taken much from us. Things lost we won't get back — work, time with classmates and teachers in schools, businesses, festivals, relationships, for example. It's a long list.

Cooper locked the state down in March, and then he announced a series of phases to reopen our wrecked economy. Along the way, the governor got distracted. He took a cleaver to his own plans, and then he left us with the mess. Many residents raced for their mops and brooms. I didn't, and I won't.

Cooper's latest order expires Friday, and, rather than loosening restrictions, he'll probably keep us in this banged up version of Phase 3. Which is better than tightening restrictions, I suppose, even as the country's pre-eminent immunologist tells "60 Minutes" that Americans are tired of the lockdowns and advises officials against implementing more. Rely on consistent public health measures instead, he says.

But this is supposed to be a happy column. Look at me, I'm dancing now, even as I write. Because, hey, we have so much to look forward to. So many things we missed in 2020 that we'll do next year.

Cooper says his biggest priority is reopening schools. He allowed students in kindergarten through fifth-grade to return to classrooms — those inside actual schools — and many systems are trying to regain some semblance of normalcy, albeit with inconsistent results.

High school students, per government edict, remain stuck at home. Next year, then. Unless, of course, you're a senior — or you graduated in 2020. It's not as though you can't get it back, right? Do it again some other time, maybe?

We'll do other things next year, too, like Merlefest and the International Bluegrass Music Association World of Bluegrass. Events that, between them, draw hundreds of thousands to North Wilkesboro and Raleigh, respectively, and also bring in millions.

Things like live sports, including the NCAA women's and men's basketball tournaments. Millions more lost, probably forever, as restrictions and public health measures will dilute such events for years to come.

Iconic events such as the N.C. State Fair, which has drawn some 18 million over the past decade. It would be happening now.

That Super Bowl party in 2022 will be great, as will those holiday parties next December. How about those spontaneous weekend trips, to the mountains and to the beach. Trips that won't include calls or emails to determine what's open and what's not. Can't wait for those. Or for events unique to North Carolina, to our communities.

Things like the N.C. Chinese Lantern Festival, a gushing waterfall of art, light, and design, held over several weeks around the holidays at Koka Booth Amphitheatre in Cary. Organizers canceled the event this year, even though it's wholly outside.

Too many people, Cooper and state health officials say. No more than 7% capacity, they say, or 50 people, or whatever line item from the exhaustive order they deem applies.

"We waited as long as we could to make the call," Taylor Traversari, Koka Booth general manager, says in a news release. "We had to factor in the time it takes to handcraft and ship the lanterns from China, as well as set-up for the event. As much as we hate to do it, considering the current restrictions, we knew there was no way we could welcome the overwhelming crowds that attend each year."

Since its inception in 2015, the lantern festival has grown each year, setting an attendance record of more than 121,000 in 2019, the release says.

"No one is more disappointed than us," said Traversari. "We know people look forward to this event, and with all the disappointment in 2020 we're sad not to be able to bring the full lantern display to Cary. With that being said, I want everyone to know we are already looking forward to a bigger and brighter event in 2021."

In fact, several lanterns, reminiscent of the festival, will be on display in downtown Cary.

That'll be so nice.

So, that's it — the bubbly, jolly, joyful, and optimistic me. Everyone feeling a little better now? No, you say?

To be fair, I only said I would try. Must have taken a wrong turn somewhere on that old, crusty road. And yes, that is the house, but it may be gone by next year. The governor has the power to destroy it, whoever that governor may be?
Go Back