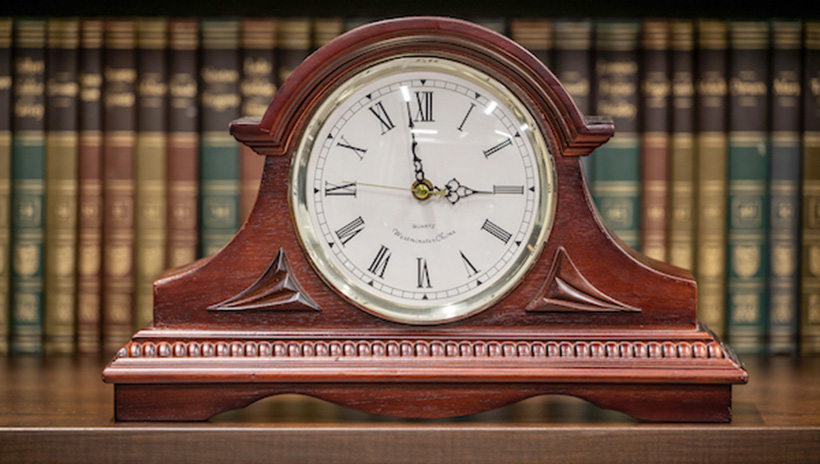 H.B. 307 arrives one day after the latest switch to DST. People throughout North Carolina lost an hour on Sunday morning as they set their clocks ahead. The change shifts daylight hours. Daylight lasts longer into the evening now, but it's darker later into the morning. The reverse happens in the fall, when North Carolina reverts to EST.

"Biannual clock shifts are an antiquated practice that was introduced during the World Wars to help manage energy consumption," Saine said.

"Today, in our modern economy, rather than saving energy, time shifts have been linked to numerous negative emotional and health effects including seasonal depression, cardiac issues, and stroke."

A bipartisan move in the U.S. Senate, introduced March 9, would eliminate the time shifts, too. The "Sunshine Protection Act of 2021" would make year-round DST the law, Bloomberg reports.

"The arguments for abolishing the practice, which emerged in the early 20th century as a means of saving energy by shifting working hours to follow the sun, are many and varied: The disruptive effects of the twice-a-year time change have been linked to higher rates of car crashes, workplace injuries, street crime, heart attacks, and general crankiness," Bloomberg says. The European Union is trying something similar.

"The time has come for our state to spring forward so that North Carolina no longer falls back," said Szoka of H.B. 307.

Individual states aren't permitted to change their DST schedules without federal approval from the U.S. Department of Transportation, which is why congressional approval is needed.

"The United States first introduced daylight saving time in 1918, two years after Germany and other European countries started advancing the clocks to conserve fuel and energy during World War I," the Washington Post writes. "Congress abolished the practice after the war, and it was not used again nationwide until President Franklin D. Roosevelt introduced year-round DST during World War II from 1942 to 1945."

Hawaii and Arizona don't observe DST. In Indiana, it's a bit more complicated. "While all of Indiana officially observes Daylight Saving Time," writes WRTV, "12 of the 92 counties are on Central Time, with the rest still on Eastern Time."
Go Back