N.C. ABC Renews Contract With Subject of 2018 Audit, Increases Warehousing Fees | Beaufort County Now | The N.C. Alcoholic Beverage Control Commission voted unanimously last week to recommend the state award a 10-year contract for warehouse services to LB&B Associates, the target of an audit in 2018 that has over the previous years cost the state about $13.5 million. 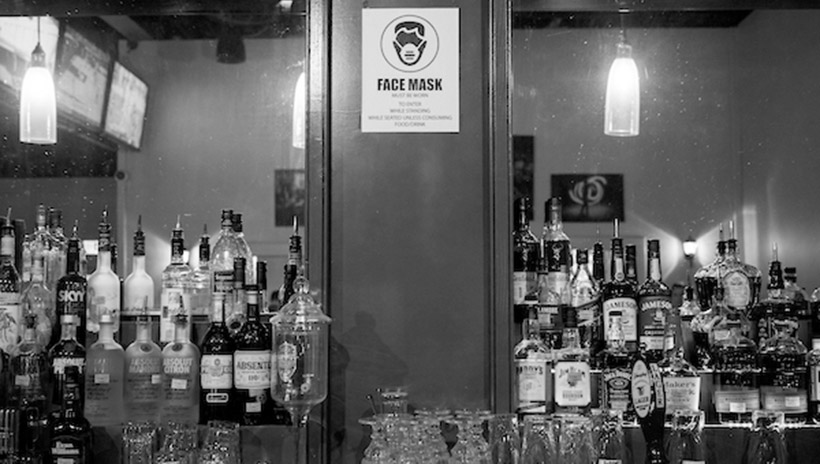 The N.C. Alcoholic Beverage Control Commission voted unanimously last week to recommend the state award a 10-year contract for warehouse services to LB&B Associates, the target of an audit in 2018 that has over the previous years cost the state about $13.5 million.

To fund the new contract, bailment — which pays for warehouse operations — will increase Aug. 1 to $2.75 per case of liquor, from $1.50 per case.

"There is no change to markup or bailment surcharge, and the resulting impact to the per-bottle price for consumers for a typical bottle of liquor is expected to be 20 cents," the ABC says in a statement.

The bailment charge is separate from the bailment surcharge, now at $1.15.

The state ABC, according to its 2019 annual report, collected about $1.2 billion in revenue, distributing some $85 million to city and county governments. It collected another $27 million in permitting fees, sending, in total, about $350 million to the state's general fund.

Further, as bars and restaurants closed during the pandemic, sales at state-run ABC stores soared. From July 1, 2019, to June 30, 2020, sales at Wake County ABC stores increased some 11% and nearly 21% in Johnston County, for example. Sales throughout the state increased almost 12%, and restrictions on bars and restaurants have remained, in some form, since the end of that fiscal year.

North Carolina has scores of distilleries with products in state ABC stores.

That extra 20 cents, if producers do nothing, will automatically be added to the retail price, one N.C. distiller told Carolina Journal. That distiller just sent in a price increase, so it will look as though they're raising prices twice in a short time. The prices will look odd, going, for instance, for $23.95 to $24.15.

"Why did they decide this year to increase that particular fee over 83%," the distiller said.

The N.C. ABC is in charge of controlling state alcohol production, storage, sales, and distribution. North Carolina is one of just 17 control states, meaning the government oversees wholesaling and/or retail operations regarding spirituous liquor. It's the only state that uses a system of 171 local boards to regulate spirits, however.

The state posted its request for proposals for warehouse services in 2020 after the commission committed after the audit to rebidding the contract. A five-member evaluation committee — industry leaders and experts who are not members of the ABC Commission — reviewed the bids, the ABC says in a news release.

The committee in December recommended the state negotiate the contract with LB&B. The contract becomes effective July 1.

"Our process has been thorough and transparent over the entire [request for proposal] process, which has spanned nearly three years at this point," ABC spokesman Jeff Strickland told Carolina Journal. "We have confidence that the bid process for warehouse services has been fair and open to all. The evaluation and recommendation of the incumbent vendor's bid was made by an outside evaluation committee and then referred to the commission staff for negotiation. LB&B's bid response was thoroughly reviewed and found to be well qualified. At its regular monthly meeting March 10, the commission approved the state to go forward with the award of the negotiated contract."

The agreement, the ABC says, includes a requirement of nearly error-free and on-time deliveries as well as increased delivery frequency to the state's 171 local ABC boards. "The new contract will involve a comprehensive computerized warehouse management and operations platform that will include backorder capability and increased visibility into real-time warehouse inventory that the local boards have indicated are service priorities."

"The increase in costs reflected in the new contract," says Strickland, "is reasonable, based on the substantial requirements of this new contract, including the enhanced delivery services and robust computer capabilities it will provide the ABC system."

Bailment, Strickland said, is paid on a per-case basis, paid by the ABC boards but also factoring in to the retail price.

"The suppliers may opt to absorb the bailment costs or may pass the increase along to the consumer. For 12-bottle cases of .750 liter bottles, the increased bailment could add 20 cents to the price on the shelf. Cases with higher bottle counts would have smaller increases per bottle (5 cents). While cases that have six bottles in them, for example, would have a per-bottle increase of 40 cents."

The ABC audit, released Aug. 9, 2018, in short, found that poor contract administration cost N.C. taxpayers at least $11.3 million over 13 years. Unused warehouse space potentially cost the state $2.1 million over seven years, and a lack of monitoring left the state underpaid by at least $297,537 over two years.

The ABC erred in its responsibility to follow state policies and state practices, State Auditor Beth Wood's office said in the news release then. The ABC, the audit concluded, failed to administer the warehouse contract in the best interest of the state.

The General Assembly, at the time, Wood said, asked her for an audit of the state's six largest agencies, including the Department of Public Safety, where ABC resides.

"My staff said, 'When we looked at the ABC commission, there's something not right there," Wood told Carolina Journal then. "They've got a contract that's not been put out for bid since 2004, they can't answer questions about how the contract's being administered, this is not tied to a financial statement audit, but it's info they've gleaned about that division of DPS."

"In state fiscal year 2017, the contract cost for warehousing and distributing spirituous liquor was $8.3 million. The total contract cost from July 2004 through June 2017 was $77.7 million." Auditors found the commission failed to "procure, administer, and monitor the LB&B contract for the warehousing and distribution of spirituous liquor in accordance with state policies and best practices."

Lack of accountability for contractors is highly concerning, Wood told CJ at the time.

LB&B was given pay increases upon demand without documentation or proof, Wood said.

In some cases LB&B misled the state about fuel cost increases, asking the ABC for money they didn't really need, she said.

"And in some cases what they said was their reasoning was not true. In 2008 they asked for an increase the next year, and said it was due to price increases for their fuel," Wood said. "When we examined their fuel cost, it actually went down. Same thing in 2016. When we examined it, it had gone down.

"The power of this vendor and this contractor was just amazing to me that they had this much power and the commission didn't validate or verify anything."

ABC "failed to ensure prudent use of public funds when it authorized the lease of a Clayton warehouse. A large amount of the warehouse space was unused and potentially resulted in $300,000 a year of unnecessary cost over seven years. The Commission did not verify its need for a warehouse of this size, although state policy and best practices required the Commission to perform its responsibilities prudently and economically," the audit said.

"Adding this warehouse to the Alcoholic Beverage Control Commission Warehouse contract doubled the amount of warehouse space available and has increased the cost of the contract by approximately $2.54 million a year on average.

"The audit process began over a year ago, so the discussion and tighter controls have been under way for some time," she said after the 2018 audit.

In his response to the audit report, ABC chairman A.D. Zander Guy said he had been appointed only the prior year and "the majority, if not all of your review period, was before my tenure as chair."

Guy said then he took the audit seriously and would implement changes accordingly.

Strickland said the commission accepted the auditor's findings and put immediate corrective measures in place to address the points raised in the report, which focused on contract administration issues.

"None of the state auditor's findings related to the warehouse or delivery service performance of the vendor or would have disqualified LB&B from responding to the RFP. We believe the newly negotiated contract with this vendor is appropriate and in the interests of the state and the ABC system."
Go Back