Some school districts are hiding what they are teaching from parents | Beaufort County Now | With this mentality, how can educators be trusted?

Some school districts are hiding what they are teaching from parents 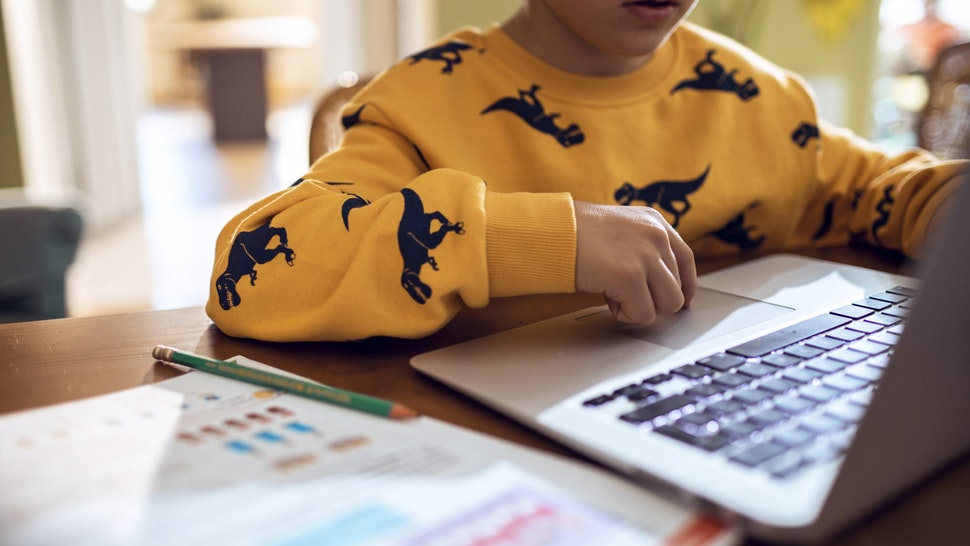 Faced with complaints from parents about the indoctrination of children, an official in Rockwood School District, Missouri, instructed teachers to create two sets of curriculum: a false one to share with parents, and then the real set of curriculum, focused on topics like activism and privilege, according to a memo obtained by The Daily Wire.

Natalie Fallert, EdD, 6-12 Literacy Speech Coordinator, wrote to all middle and high school principals that parents had repeatedly complained that “we are pushing an agenda,” “we are pushing Critical Race Theory (I had to look this one up!),” “we are making white kids feel bad about their privilege,” we are “stereotyping,” “we are teaching kids to be social activists,” and “we are teaching kids to be democratic thinkers and activists.”

The problem was that, for the first time, parents could see what teachers were telling their children thanks to virtual learning, where assignments were visible for at-home learners in a tool called Canvas.

This doesn’t mean throw out the lesson and find a new one. Just pull the resource off Canvas so parents cannot see it …

Keep teaching! Just don’t make everything visible on Canvas. This is not being deceitful. This is just doing what you have done for years. Prior to the pandemic you didn’t send everything home or have it available. You taught in your classroom and things were peachy keen. We are going old-school. …

You could Duplicate an entry/lesson in Canvas (making 2 copies) Publish ONE for the whole class that is a LEAN version of the lesson. The “original” that has all the stuff on it, can be published and only assigned to specific students (IF NEEDED), OR you could specifically email those students a copy of what they need.

The reason I say “make a copy” You can publish the NEW one that has less information on it. Then for that kid who is all virtual and needs to full lesson, you can publish it and assign it ONLY that kid…

Anything that “could” be picked apart I would suggest using this above approach… Again I wouldn’t throw it out, but you could just not give them access to the story.

When you get to Power Imbalances – You might remove the two examples and just go over them in class (same as above). …

I hate that we are even having to have this conversation. 29 days and counting!

“Yesterday an email was sent to middle and high school English Language Arts teachers from a district-level staff member that suggested teachers hide or alter content visible to parents in our learning management system. We want to assure you that the message was not reviewed or approved by anyone before it was sent. Asking teachers to conceal anything from parents does not reflect the mission, vision and values of the Rockwood School District and is counter to the goals set forth in our strategic plan, The Way Forward,” she wrote.

The April 23 message said that the school district views parents as “allies” in the education of “our children.”

“We regret that this happened for many reasons, but mostly because it impacts the trust that is crucial for our partnership to be successful. Although we cannot share specifics related to a personnel matter, we can assure you that we find the email unacceptable, and it is certainly being addressed,” the message said.

District spokesman David Morrison told The Daily Wire that in an attempt to restore trust, it would continue to post classroom materials online where parents could see it even after coronavirus-triggered distance learning ended — since the technology is set up — rather than reverting to what Fallert called the “old-school” way when everything was “peachy keen.”

He also said the district would commit to “training our educators on how to curate books so that teachers are giving students a wide variety of choices in their learning materials” and “asking our educators to provide parents with book choices before a unit of study starts and information about read alouds that will be done in the classroom as part of regular communications with parents (i.e. weekly newsletters).”

He said it also planned the “formation of a K-12 steering committee that includes building administrators, teachers, students and parents, finance and human resources.”

Rockwood School District encompasses 20,000 students across overwhelmingly white towns west of St. Louis, including Ballwin, Chesterfield, Wildwood, and the town of Fenton, which has 15 black people, or 0.3% of the population.

It includes four high schools, all of which were ranked among the top 20 in Missouri by U.S. News & World Report. It is currently searching for a new interim superintendent.

The criticized curriculum included elements like “Intersectionality 101,” a video produced by Learning for Justice (formerly Teaching Tolerance), a project of the Southern Poverty Law Center.

One reading sheet handed out to a fifth-grade class teaches that “Michael Brown was murdered just steps from his mother’s home in Ferguson, Missouri.” Officer Darren Wilson was not charged with any wrongdoing. “Disruption is the new world order. It is the way in which those who are denied power access power,” it said.

Missouri Governor Mike Parson is Republican, but the state’s schools have been thoroughly colonized by “equity” consultants.

One firm alone, Education Equity Consultants (EEC), says it has at least 30 clients in the state, including the state education office, the Missouri Department of Elementary and Secondary Education, and the Missouri School Boards Association. Rockwood has also hired EEC.

Webster school district, another EEC client, intends to revise its social studies curriculum to be based on “social justice standards” conceived by Learning for Justice.

Related: Ohio State Board of Education Sued for Allegedly Banning Criticism of ‘1619 Project’

Related: In Aftermath Of Enemies List, School Committee Pledges To ‘Silence The Opposition’