Creating His Own Lane in Race for U.S. Senate, Mark Walker Is Enjoying the Ride | Beaufort County Now | A series profiling candidates for U.S. Senate in 2022

Creating His Own Lane in Race for U.S. Senate, Mark Walker Is Enjoying the Ride

Published: Thursday, May 13th, 2021 @ 12:06 pm
By: Carolina Journal   ( More Entries )
Publisher's Note: This post appears here courtesy of the Carolina Journal. The author of this post is Dallas Woodhouse. 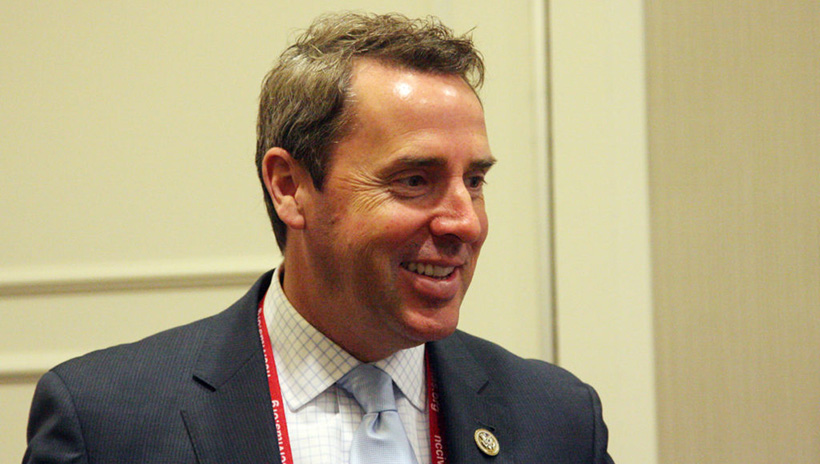 In a 25-minute sermon at the Tabernacle Baptist Church in Wilson, former Congressman Mark Walker looks right at home. Walker is a preacher and a preacher's son. His sermon, on this April Sunday, is faith-based, not political. He asks congregants to turn to Matthew 16:24-25:

Then Jesus said to his disciples, "Whoever wants to be my disciple must deny themselves and take up their cross and follow me. For whoever wants to save their life will lose it, but whoever loses their life for me will find it.

"Many times, in politics and in the church, we are content with only making an argument, and not making a difference," preached Walker, who says God has called us to sacrifice and work to spread the gospel and help our fellow man in a way that reflects a Christ-like life.

"There are times when you have to stand up and fight and engage in the battle ahead, but we do so in a way that the world sees Jesus in us."

Growing up in the Florida panhandle, Walker learned how to preach, minister, and he says, love. Growing up, his father, a country preacher, would take his son with him to minister behind the secure walls of the local prison.

"What my father taught me is to remember that all of us are created in the image of God, and he taught me about loving people, all people because that is what we are called to do. I believe if that comes from a genuine place, I believe there's a connection that can't be duplicated in the political arena or any other aspect when people know you truly love them."

Walker spends many of his Sundays' as a guest preacher at Baptist churches across N.C. He does not ask for votes, or mention his opponents, or even that he is running for the U.S. Senate. However, it is part of his never-ending campaign to bring people to Jesus.

"I'm not pretending that there's not an advantage of being able to be the only candidate that can crisscross the state speaking to large crowds, hundreds at a time," Walker told Carolina Journal.

"But I think the ultimate thing is just for people to see that they have someone that has a faith in common and will meet them where they are as opposed to just another politician, doing a quick sound bite. I think that right there gives us another contrasting point."

Walker was elected in 2014 to serve in Congress representing North Carolina's 6th Congressional District — encompassing the Triad — and was re-elected in 2016, and 2018. After six years in Congress, Walker declined to run in 2020 for his congressional seat after court-ordered redistricting heavily tilted the 6th Congressional District blue. Democrat Kathy Manning currently represents that district in the U.S. House. In December, Walker was the first major GOP candidate to announce he would seek to replace retiring three-term Republican Senator Richard Burr.

Walker is targeting the Trump-supporting wing of the GOP primary hard. "Great to spend time yesterday with President Trump in Mar-a-Lago. Twitter and Facebook won't allow him to post but he misses you and thanks you for your support. Appreciated his encouragement in our U.S. Senate run," tweeted Walker in a picture with Trump in May.

On the more traditional campaign trail, Walker tells GOP voters he has been endorsed by South Carolina Senator Tim Scott and former Arkansas Governor Mike Huckabee. While Walker trumpets his support of the former president and his overall conservative record, he talks about giving the commencement speech at one of North Carolina's historically black universities.

"It is about trust. It is about having someone who will go to Washington and engage in the fight, but also be someone who will build bridges. Last year I was the only Republican to win the United Negro College Foundation President's award. That tells me we can be conservatives and we can go out and make sure every boy and girl knows what individual liberty, opportunity, and prosperity all are about. We can't just preach to the choir. If we truly believe in our message of prosperity and opportunity, why would we not want to take it to every place, every community?"

Walker wants to be recognized as a bridge-builder and a thought leader under the banner of "effective conservatism."

Before serving in Congress, Walker served as a pastor, and for six seasons he produced and directed the annual Greensboro Christmas Spectacular.

Mark and his wife, Kelly, have three children and have been married for 26 years.

Walker has aimed most of his fire at McCrory attacking him for not standing with former President Trump enough.

"With taking back the Senate majority hinging on our success in North Carolina, why would we gamble on Pat McCrory - a career politician who has lost more statewide races than he's won. McCrory has routinely attacked conservatives, including President Trump," Walker tweeted as McCrory was entering the race.

In speaking about his GOP primary opponents, Walker told CJ, "They may well out-raise me; they will never out-work me."

If elected to the Senate, Walker points to three priority areas:

"I think we've got to make sure that people have confidence in the elections. People need to feel our elections are secure and there's a certain level of Integrity in the process."

"We've got to pay attention to China. I was the ranking member on intelligence and counterterrorism, the last two years on homeland security and the military buildup in the South China Sea, coupled with the amount of ridiculous debt that we are assuming causes me great concern."

And finally, Walker added: "I'm going to continue to fight for life at all stages, unashamedly," Walker told CJ.

Five months into a primary campaign that may last another year, and with the general election nearly a 1 1/2 years away, Walker is loving the opportunity, experience ... and the ride.

"I love the retail side of politics. I love being out there. I love traveling, I love life."
Go Back