Published: Wednesday, May 19th, 2021 @ 6:41 am
By: Carolina Journal   ( More Entries )
Publisher's Note: This post appears here courtesy of the Carolina Journal. The author of this post is Dallas Woodhouse. 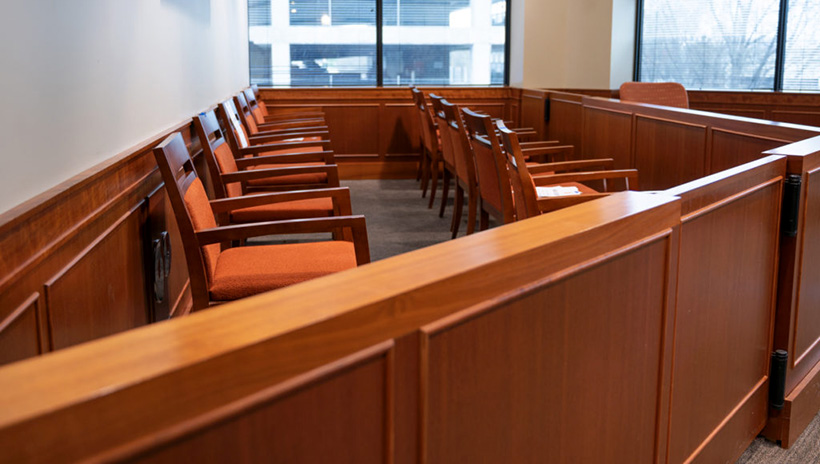 Liberal activist the Rev. William Barber is loudly calling for a special prosecutor to take over the case of Andrew Brown, who was shot after Pasquotank County deputies tried to serve him with search and arrest warrants.

"Inept. Incompetent. Incapable of fixing this," Barber in a community protest, according to the News & Observer. "We need independent prosecutors now. Release the tape, the whole tape, to everybody."

"Who is the D.A. who went into court and acted like he was the police's lawyer and not the people's lawyer?" Barber said.

Brown's family and supporters have continued to protest the shooting, which happened April 21 in Elizabeth City. They're also upset over North Carolina's process for releasing police department videos, and they have turned their ire toward Womble.

In North Carolina, law enforcement agencies must petition a court and ask a judge to order the release of footage from body or dashboard cameras. Womble argued against releasing the footage until after the State Bureau of Investigation completes its investigation.

Womble is elected to serve the 1st Judicial District, which encompasses all of Dare, Gates, Pasquotank, Camden, Currituck, Perquimans, and Chowan Counties in northeast North Carolina.

The family has formally asked Womble to "recuse" himself from the investigation, citing "well-defined" conflicts between the prosecutor and the sheriff's office.

"There is no doubt all seven officers involved, including the three shooters, have worked directly with you and your office for years in prosecuting various cases," the family's attorney wrote in a letter to Womble.

The letter, signed by family attorney Bakari Sellers, asked that "in the interest of fairness, transparency and pursuit of the ends of justice," Womble move the case to another jurisdiction and "immediately recuse yourself."

Gov. Roy Cooper has asked that a special prosecutor be appointed to handle all matters relating to the shooting of Brown, a convicted felon with a history of resisting arrest.

Yet an overarching question remains: Did Brown's criminal history justify the shooting?

N.C. Attorney General Josh Stein and Supreme Court Justice Anita Earls have a local district attorney should never investigate police shootings and use of force cases in their respective areas.

Conversely, local DAs who have investigated numerous use of force cases say they should not be sidelined, citing politics for the efforts to do so.

"The only reason you would want to do it would be for political purposes, and that is the last thing these cases need," said Tom Keith, Forsyth County's elected DA for 19 years who later served as Rockingham County DA.

In a statement, Cooper said: "In the interest of justice and confidence in the judicial system, I believe a special prosecutor should handle all matters regarding the shooting in Pasquotank County.

"This would help assure the community and Mr. Brown's family that a decision on pursuing criminal charges is conducted without bias. This position is consistent with the change in the law recommended by our Task Force for Racial Equity in Criminal Justice, which calls for a special prosecutor in police shootings, and I believe the law should be changed to help ensure it."

Like most states, North Carolina requires a local district to request a special prosecutor. Without that request, one can't be appointed.

"We think an independent agency should come in to determine in what happened," Stein told WRAL'S David Crabtree.

"A lot of our district attorneys have concerns about what the governor and attorney general have done."

Peg Dorer is director of the N.C. Conference of District Attorneys. It's about trust, she said.

Dorer runs the state agency created to assist DAs in their duties, and she is directly responsible to the 43 elected DAs. She has been hearing from DAs across the state about the actions of Cooper and Stein in the Brown case.

"It feels good and sounds good, but the attorney general office is a political animal and might have other reasons for wanting to enter the case," said Dorer. "Most DAs feel like this is exactly what they are elected to do, and not doing so would be an abdication of responsibility. A lot of our district attorneys have concerns about what the governor and attorney general have done. They feel like it is politically charged. Our DA's know how to prosecute bad actors, whether they be members of law enforcement or members of the general public."

Doer says elected district attorneys are seen as among the least partisan of all elected officials, even though they appear on the ballot with partisan labels.

"Our DAs strive to be seen as non-political; it comes with the high standards set by the North Carolina Bar, and their desire to inspire public confidence in their work."

Democratic political consultant Bard Crone, who has worked on 10 separate campaigns for DAs, agreed. He said the DA's political efforts are unique and nonpartisan. "It has just always been that way," said Crone. "DA candidates want us to focus on their experience, community service, and crime fighting credentials, and that is what we do."

Keith said he reviewed nearly three dozen police shootings with no public claims of unfairness or bias. Mandating special prosecutors in these cases would lose valuable experience unique to local prosecutors, he says.

"The genius of the law is certainty," Keith said. "Consistency is important too and best delivered by a locally elected DA who can be replaced by the local electorate at the next election, whereas a bureaucrat is forever.

"You can't be pushed by the media, by the survivors, you also can't be rushed by the police. You have to push that aside and focus on the law. The more you do of them, the better you are at them. You have to gain the experience to see how they fit on the spectrum compared to other cases. I see no valid reasons to take these cases away from local prosecutors."

Keith continued, "People who are elected in their local community build a trust and a bond with their communities. What trust would someone from Murphy have for someone coming from Raleigh? I believe the reverse would be the case.

The Task Force for Racial Equity in Criminal Justice appointed Cooper and chaired by Stein and Earls addresses the matter in a small paragraph on page 55 of the 163-page report.


The Stein/Earls report offers no explanation, no data, and research to back up this position. They offer no proof, hypothesis of why — automatically — in every case appointing a special prosecutor is wise, necessary, and will result in better outcomes, however that's defined.

Trey Robison has served as DA in Union County for the past decade.

"I have not heard any justification for making this move, and just the suggestion makes a presumption that locally elected district attorneys are incapable of trying these cases."

Cooper's quick call for a special prosecutor in the Brown case puzzles Robison.

"I was a little surprised to see the governor call for a special prosecutor when there has not even been a determination of possible criminal liability," he said. "I am not sure what the justification would be to remove the DA in that case.

"I am directly accountable to the citizens of Union County, at the ballot box. That is a pretty strong measure of accountability.

"It might be easier to pass these cases off, but we are elected by the people of our counties and districts to handle all cases, small ones and extremely high-profile ones," Robison said. "That is what we are paid to do, to make these hard decisions, and I am accountable to the voters. Some assistant attorney general from the state is not."

"What you don't want to happen is get halfway through a trial and then find out that, for some reason, a local prosecutor has a conflict with some witness that you don't even know about yet in the case and you have to go back and redo it," Vaughan said.

But DAs often deal with conflicts, and they subsequently ask a neighboring DA to take over the case. There' s also the matter of the N.C. Constitution granting to local district attorneys clear authority and responsibility.

Article IV section 19 reads: "The District Attorney shall advise the officers of justice in his district, be responsible for the prosecution on behalf of the State of all criminal actions in the Superior Courts of his district. ...."

Constitutional concerns aside, forcing local prosecutors to step aside in all police force cases would require legislative action. While Democrats and Republicans have found common ground on several areas of criminal justice reform, this isn't one of them. Legislative Republicans appear to have little appetite or desire for the change.
Go Back