60% of Triangle Gas Pumps Are Empty After Spree of Buying | Beaufort County Now | "It’s scary and a lot of people are panicking.”

60% of Triangle Gas Pumps Are Empty After Spree of Buying

Published: Wednesday, May 19th, 2021 @ 11:27 pm
By: Carolina Journal   ( More Entries )
Publisher's Note: This post appears here courtesy of the Carolina Journal. The author of this post is AUTHORNAME. 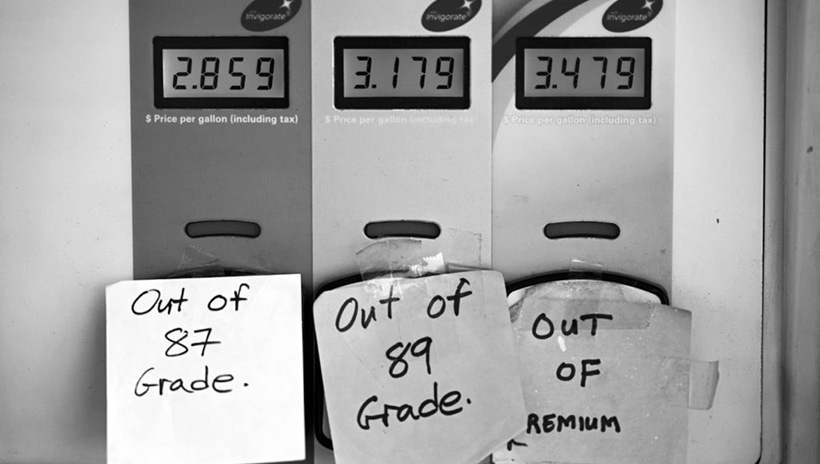 A disruption in East Coast gasoline supplies has sparked panic buying across the region, with North Carolina among the states hit hardest. Across the state, an average of 14.7% of gas stations report that they are on empty, but that number is higher in urban areas. In the Triangle, gasbuddy.com reports that about 60% of stations are out, while in Wilmington 60% of stations are also empty. Charlotte is facing 35% empty pumps. As of Wednesday morning, gassbuddy.com's website was down.

It all happened after the Colonial Pipeline shut down this weekend, saying it was hit with a ransomware attack Friday, May 7. The pipeline supplies nearly half of the fuel for the eastern part of the country and may be largely down through the rest of the week.

"It reminds me of the '70s, when there were shortages and certain days of the week when people were assigned 'fuel days,'" said Carol Brantford of Cary, waiting to fuel up at the Costco in Apex.

"I saw lines two lanes deep, blocking traffic at one intersection," said Amy Cooke, CEO of the John Locke Foundation. "I'd like to think this will be a wake-up call. We need expanded capacity for our entire energy sector, and we need it now. Unfortunately, it probably won't happen. Remember, in his first 100 days, Joe Biden canceled the Keystone XL Pipeline. Roy Cooper essentially forced the cancellation of the Atlantic Coast Pipeline, and also is delaying the permitting of the Mountain Valley Pipeline both for natural gas. We know how to fix it. Those in charge choose not to do so. I predict we'll continue to see energy emergencies until the ruling class puts working people ahead of lawyers and lobbyists for the well-funded eco-left."

Around the capital area of North Carolina, plastic bags over gas pumps fluttered in the breeze, indicating that fuel was gone at many stations. Drivers posted pictures of lines and empty stations they passed.

The FBI issued a statement Monday saying, "the DarkSide ransomware is responsible for the compromise of the Colonial Pipeline networks. We continue to work with the company and our government partners on the investigation."

In an update, the Colonial Pipeline says it's moving to manual overrides for the time being. "We can now report that Line 4, which runs from Greensboro to Woodbine, Maryland, is operating under manual control for a limited period of time while existing inventory is available," the company said in a statement Tuesday.

The pipeline runs about 5,500 miles from refineries in Texas, through the Southeast, through the Piedmont of North Carolina, and north to New Jersey. It serves as the primary fuel line for the state.

"The vulnerability of our entire energy infrastructure - not just gasoline and the Colonial Pipeline - cannot be overstated," said Cooke. "Energy is the lifeblood of our economy. Yet, we don't protect it as if it is, nor do we have contingency plans in place. A single pipeline is attacked, thrown offline, and within a few days we've got gas lines reminiscent of the 1970s with some gas stations in North Carolina going dry. Governor Cooper's state of emergency does me no good if I have an emergency and no fuel to get to anywhere."

Ransomware cyberattacks are ones in which hackers scramble key computer codes, blacking or encrypting data until the victim pays money to the hacker. DarkSide is reportedly a "hacker for hire" company that subcontracts the attacks for clients who pay anywhere from $200,000 to $20 million.

CNBC reported a statement from DarkSide claiming, "We are apolitical, we do not participate in geopolitics, do not need to tie us with a defined government and look for our motives," the statement said. "Our goal is to make money, and not creating problems for society. From today we introduce moderation and check each company that our partners want to encrypt to avoid social consequences in the future."

Apolitical or not, criticism over policy, slow response, and a lack of redundant systems is filling social media.


American Airlines announced Tuesday it's adding stops into two long-distance flights out of Charlotte in response to the East Coast gas shortage.

"We are closely monitoring the situation and working around the clock to ensure that we have an adequate supply of fuel across our network," American said in a statement.

"We just heard the news and thought we would get ahead of the game, but it looks like everyone else had the same idea. It's scary, and a lot of people are panicking," said Sherri from Apex.

North Carolina, Virginia, and Tennessee are the hardest hit by the disruption, with gassbuddy.com reporting that in North Carolina an average of 14.7% of gas stations are out of fuel, with higher rates in urban areas.
Go Back