Raleigh’s Equity and Inclusion Department Misses the Mark | Beaufort County Now | When discussing topics like diversity and inclusion, it is important to have a shared language on the buzzwords used.

Published: Sunday, May 30th, 2021 @ 6:46 pm
By: Carolina Journal   ( More Entries )
Publisher's Note: This post appears here courtesy of the Carolina Journal. The author of this post is Joshua Peters. 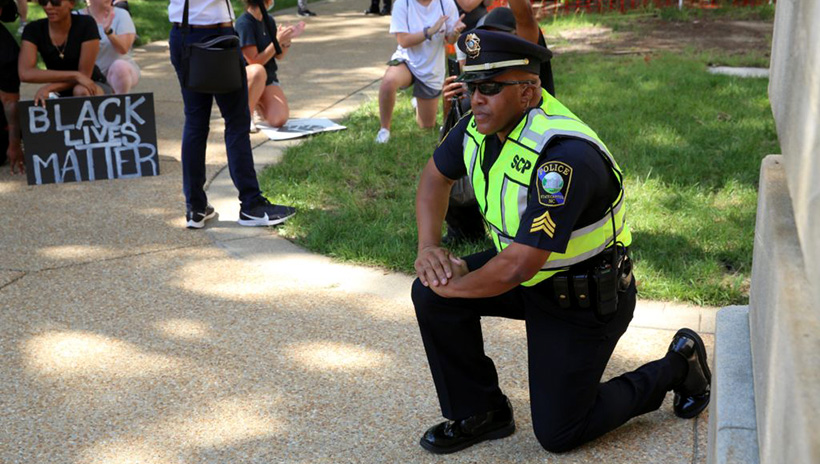 When discussing topics like diversity and inclusion, it is important to have a shared language on the buzzwords used. The City of Raleigh's Equity and Inclusion department provides a list of definitions for common terms used when discussing topics like equity, race, and racism. Some of these definitions are sufficient, but most of them miss the mark in terms of providing a productive sense of the word. While these definitions are tailored to the topic of equity and inclusion, and not meant to be used in broad language, it does not excuse the lack of linguistic rigor in the construction of the terms. For the words that are lacking (i.e., what the word is trying to express), I will inspect the definition and demonstrate why it is deficient even in the context of equity and inclusion.

The website defines race to be "[a]n arbitrary social construct created by Europeans during the time of worldwide colonial growth, to assign human worth and social status using themselves as the model of humanity, for the purpose of legitimizing white power and white skin privilege." This definition appears to be attributed to Maulana Karenga, American professor of African studies. While I agree race is an arbitrary social construction, I take issue with the broad notion that it is a European invention and that it was meant to legitimize white supremacy.

The concept of race is certainly a modern social phenomenon. However, many scholars believe ancient civilizations like Rome, Greece, and Egypt believed in an early form of the concept of race. These societies held proto-racist ideas about their cultures in relation to where they saw themselves next to their neighbors or the people they conquered. So, while the concept of race in modern terms can be attributed to Western civilization, its roots can be found in the ancient world.

Moreover, the notion of race being a social construction to benefit those with lighter skin is also a modern phenomenon. Denoting one's race as 'white' was typically the case in the Anglosphere of influence. This was not the typical way of denoting one's identity in the rest of Europe. Most Europeans saw themselves as German, Spanish, Russian, Italian, Greek, French, etc. Continental Europeans mostly identified themselves as being a member of a culture and ethnicity. Insofar as America was concerned, the notion that one was white and superior to others was really amplified during the Atlantic slave trade and particularly in the American South when the colonies started to move away from practicing indentured servitude and more towards chattel slavery.

The website defines racial equity as the "condition where race no longer predicts a person's quality of life and outcomes." The issue with the definition, as it is written, is that race can be removed from consideration and measurements will still find disparities along race. For instance, when designing PD (probability of defaulting) models to predict whether a person should be approved for a loan, statisticians cannot use the attribute 'race' in the model. This has been found to create results that are discriminatory, and therefore made illegal in developing predictive models for automating loan approvals. However, when I was a graduate student studying machine learning and applied mathematics, I found one could produce the same disparities by including zip code or block group level data. Here, race is not a consideration, but results still predict disparities. This suggest that there is some other condition that may have pervasive influence on the quality of life other than race.

The equity and inclusion department defines privilege as an "unearned set of advantages, entitlements and beliefs of the dominant group reinforced by formal and informal institutions of society (white privilege, male privilege)." There are two issues with this definition: it assumes privilege cannot be earned and the definition advances prejudicial sentiments.

Privilege can be earned overtime and as a consequence of particular actions. For example, one can start out with no degree from a university and later achieve it, whereby they will be granted the privilege of being apart of an exclusive pool of job applicants that hold said degree. Additionally, privilege can be granted as a consequent of action. For instance, one can enjoy the privilege of not experiencing homelessness due to proper life planning, albeit not always the case.

Secondly, what makes this definition prejudicial is its generalization based on inherent characteristics. Colloquially, one can understand a prejudice act as being an irrational attitude directed against a group based on characteristics. By advancing the idea that one has "white privilege," the City of Raleigh is inappropriately advancing an irrational belief that one has inherent privilege due to the color of their skin. However, this is not the case for all individuals that can be denoted as white, nor does it account for privileges granted to those that are non-white. For example, the definition cannot be reconciled to the condition of being homeless and white when there exists simultaneously the condition of wealthy and black.

According to the website, institutional racism is defined as "[p]olicies, practices and procedures that work better for White people than for people of color, sometimes overt, but often unintended." Additionally, the website defines structural racism as a "history of and current reality of barriers for people of color across all systems (housing, education, economics, healthcare, environmental, social and community)." For all intents and purposes, the two mean the same thing. They are distinctions without real differences. There are two major issues with these definitions: the notion that the law benefits some people and not others based on the color of their skin and that there are barriers that keep people of color from achieving certain milestones in life.

Natural restraints exist with any system, and people can develop false perceptions about what that entails. Take for example the NC voter ID law. The law is applied equally to all citizens, but it would seem to have a disproportionate impact on black North Carolinians based on current levels of valid ID holders in this group. According to the definition, this would be an example of institutional racism. However, disparity does not mean discrimination. Just because there is a perceived view of disparity, it does not permit the natural assumption to be discrimination. Moreover, the policy is natural exclusionary. It would be irrational to believe a white person without a valid ID would still be able to vote while a black person could not. Secondly, the definition precludes the perception that a person has the capacity to obtain certain milestones. That is, the definition assumes one cannot achieve these milestones on their own. This, too, is absurd.

Joshua Peters is a philosopher and social critic from Raleigh, NC. His academic background is in western philosophy, STEM, and financial analysis. Joshua studied at North Carolina State University (BS) and UNC Charlotte (MS). He is a graduate of the E.A. Morris Fellowship for Emerging Leaders.
Go Back