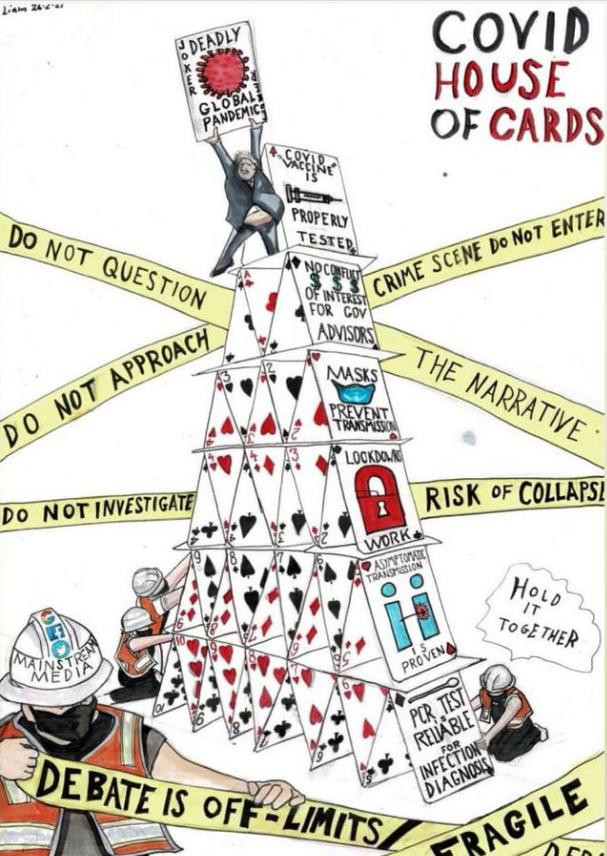 The current population has been subjected to four of world history’s biggest scams:  1.  That there is no limit to the amount of fiat currency a nation can print, 2.  That climate change will destroy the world, 3.  That Donald Trump was/is a terrible person and 4.  That Covid 19 has caused a worldwide pandemic.  All four of these scams has been caused by, or at least supported by an incompetent Elite Media that is too lazy to do their job right.

Not that we agree entirely with every idea presented by Edward Curtin in his blog Behind the Curtain do believe he is more right than wrong and we will remain convinced that he is mostly right until someone offers a valid counter argument, point by point.

After fifteen months of assiduous reading, study, observation, and research, I have come to some conclusions about what is called COVID-19.  I would like to emphasize that I have done this work obsessively since it seemed so important.  I have consulted information and arguments across all media, corporate and alternative, academic, medical, books, etc.  I have consulted with researchers around the world.  I have read the websites of the CDC, the World Health Organization, and government and non-government health organizations.  In other words, I have left no stone unturned, despite the overt or covert political leanings of the sources.  I have done this as a sociologist and writer, not as a medical doctor, although many of my sources have been medical doctors and medical studies.

My succinct conclusions follow without links to sources since I am not trying to persuade anyone of anything but just stating for the public record what I have concluded.  Life is short.  I am going to say it now.