Here is what Tillis and Burr really voted for | Beaufort County Now | How much of this are YOU going to continue to put up with?

Here is what Tillis and Burr really voted for 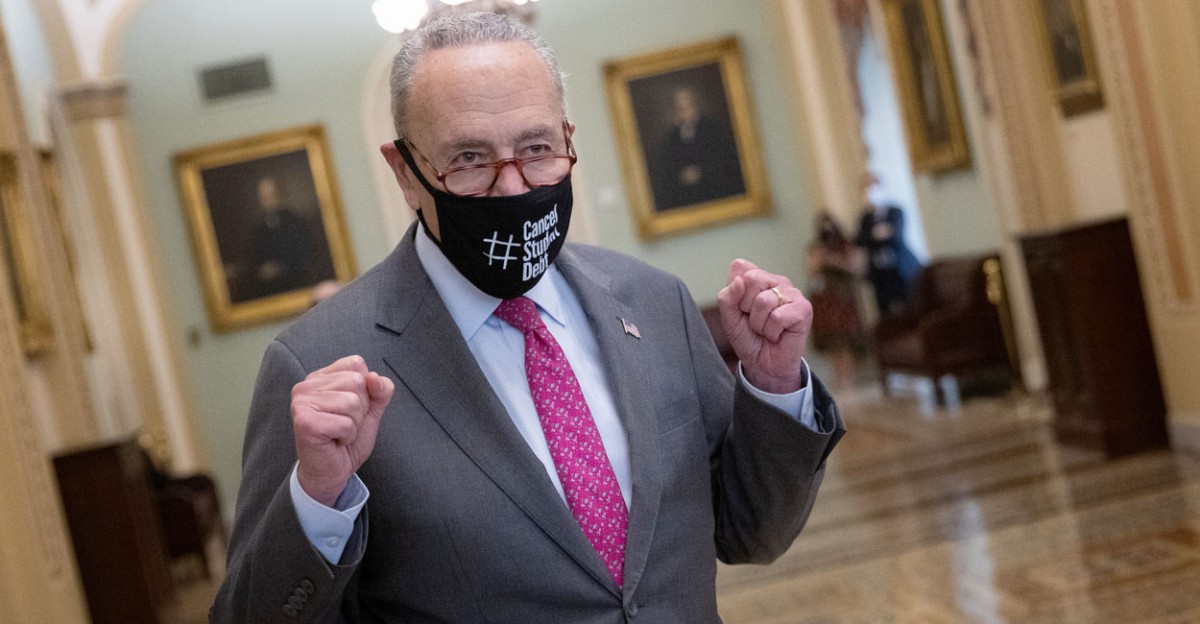 David Ditch, writing at the Daily Signal reports the six wins the Leftists achieved with RINO's voting with them:

The Senate passed a 2,702-page long infrastructure bill Tuesday that contains a whopping $1.1 trillion in spending. The bill will now move to the House of Representatives, which will consider it in September.

This bipartisan vote might give the impression that the legislation lands somewhere in the middle, the way most infrastructure bills do.

That could not be further from the truth. In fact, the bill gives big wins to the left on a variety of fronts:

Leading Democrats have vowed that the infrastructure bill will not become law unless it’s paired with a $3.5 trillion package passed on party lines through the budget rule known as reconciliation.

The Senate will work on a budget resolution this week with detailed instructions for a variety of key committees. Its publicly stated goals read like a progressive wish list: a generational welfare expansion, job-killing tax hikes, an aggressive climate agenda, an attempt to give amnesty to millions of illegal immigrants, and more.

Finalizing the infrastructure bill only serves to speed up the largest tax-and-spend measure in history.

The Congressional Budget Office has estimated that the bill would increase deficits by $256 billion. This is actually generous, since that doesn’t count a $118 billion bailout of the Highway Trust Fund.

That means the bill would actually add at least $2,900 per household to the national debt. Considering that the debt is already more than $220,000 per household and rising, this is a perfect example of financial irresponsibility from our national leaders.

The timing is especially problematic, since there is an important battle looming over the national debt limit. The limit, which expired on July 31, will need to be adjusted soon to prevent a credit crisis.

Senate Minority Leader Mitch McConnell, R-Ky., has said that Republicans won’t support a no-strings debt limit increase due to the big spending agenda that Democrats are lining up. There is solid logic behind McConnell’s position, since debt limit increases are often paired with reforms to reduce future deficits. Supporting a debt-riddled infrastructure package just before the debt limit debate could undermine that position.

Infrastructure is traditionally about practicality rather than sentimentality or fads.

However, the bill would make a variety of progressive causes part of federal policy, such as an obsession with “equity,” providing special treatment for “disadvantaged” groups, establishing a new bureaucracy to increase the number of female truck drivers, and the hyper-woke Digital Equity Act, which includes expanding internet access for prisoners.

The bill would also spend tens of billions on subsidizing electric vehicles and charging stations, electric buses, electric ferry boats, “green” energy production, mandating reports on “climate change,” and even half a billion dollars to try to cool down pavement in cities.

Yet again, progressive activist groups are demanding dramatic spending increases in the future, which will be much easier once the climate-related programs are established.

America is an enormous nation with an average population density much lower than places like China, Europe, and Japan. As such, cars and roads are the best way to provide for the vast majority of our transportation needs.

However, the left has a long-standing agenda of wanting to pry Americans away from automobiles, regardless of what’s practical. Many programs included in the infrastructure bill are designed to promote that agenda.

Since federal programs and initiatives almost always expand over time, allowing these provisions to take root is a terrible idea. They include:

For over a century, one of the core goals of the progressive movement has been expanding the size and scope of the federal government. That has taken on many shapes and sizes.

In some cases, it means Washington taking responsibility for things that are normally controlled at the local level. The Senate bill spends $55 billion on local water systems, which in many cases will mean bailing out city governments that neglected one of their core duties.

In other cases, it involves Uncle Sam cutting checks to state governments with many strings attached.

The Senate infrastructure bill creates dozens of programs where Buttigieg and Transportation Department bureaucrats get to decide how to distribute over $100 billion worth of infrastructure grants. Buttigieg has emphasized that he will prioritize progressive goals related to race and “equity” in such decisions.

Most insidious of all is when the federal government elbows its way into the private sector. The Senate bill does so in two key areas: energy and broadband internet. A combined $138 billion would go toward a variety of subsidies, mandates, and government-operated enterprises competing with private providers.

Engorging the federal leviathan is not just a problem for limited-government conservatives. Reducing the power of state and local governments turns federal elections into winner-take-all competitions.

Rather than attempting to impose a single vision across 50 states and thousands of municipalities, Americans would be better off under the foundational principle of federalism.

6. Nail in the Coffin of the ‘User Pays’ Principle

Historically, it has been understood that people who use infrastructure ought to be the ones responsible for paying for it. We see that in the form of things like highway tolls, utility fees, and airport charges that are part of plane fares.

This commonsense approach can serve to prevent bad infrastructure projects from getting started, since if nobody wants to pay for it, it shouldn’t get off the ground.

However, the left has steadily inserted a series of non-highways programs into the federal Highway Trust Fund, which is fueled primarily by the federal gas tax. Each year billions of dollars are diverted toward transit, bike paths, streetcars, sidewalks, and ferries, at the expense of the nation’s drivers.

The Senate infrastructure bill would expand this flawed approach by funding new infrastructure spending with non-infrastructure sources, many of which (such as the Strategic Petroleum Reserve and spectrum auctions) are tired budget gimmicks.

Providing a bipartisan blessing to non-user infrastructure funding threatens to open the floodgates in future years, especially for the types of high-price, low-demand boondoggle projects that left-wing activists adore.

Even these six items don’t cover all the problems with the 2,702-page monstrosity.

It’s difficult to express how far left the Senate infrastructure bill would move policy permanently leftward, which is why it’s imperative for the House to pump the brakes when it takes up the bill in September.