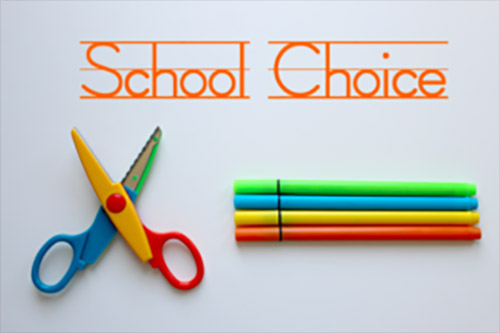 Support for the Opportunity Scholarship Program stands at 61%, according to a new Civitas Poll of likely voters presented by the John Locke Foundation.

The results dropped during National School Choice Week 2022, an annual nationwide celebration of educational options for all students. The results were released during a virtual poll luncheon Jan. 27.

The poll found that likely voters also take into consideration a politician’s position on Opportunity Scholarships when deciding at the ballot box. Forty-six percent said they would be more likely to vote for a pro-scholarship candidate in the 2022 mid-terms, compared to 22% who would be less likely.

Opportunity Scholarships provide up to $5,900 a year for low- and moderate-income families to attend the private school of their choice.

“Elected officials and public school advocates who continue to rail against parental choice represent a small, pitiful faction of enthusiasts clinging to antiquated ideas about K-12 education,” said Dr. Terry Stoops, director of the Center for Effective Education at the John Locke Foundation. “The Civitas Institute poll mirrors findings from national polls, which found overwhelming support for parent choice. It is a good reminder that public opinion remains solidly in the pro-parental choice camp.”

Poll respondents favored a range of other types of school choice as well, including 58% voicing support for public charter schools and 59% backing the creation of Education Savings Accounts designed for students who experienced learning loss during the pandemic.

Nearly eight-in-10 respondents believe that parents or legal guardians should determine where a child attends school, compared to 11% who believe the decision should be up to local school boards. Over one-third of respondents have changed schools or considered changing schools due to the pandemic.

“There is a lot of thought that people are fleeing the public schools for religious or philosophical reasons. … But the reason why parents of students move them there is primarily because they perceive it as better educational quality,” said attorney Paul “Skip” Stam, a former leader in the General Assembly.

President Biden’s approval rating continued its decline, reaching a low of 38% this month compared to 42% in August and 48% in March. The enthusiasm gap among Biden’s supports has only worsened in the past 10 months — in March, 34% “strongly” approved of Biden, while today only 18% do.

On education, specifically, most likely voters don’t trust the direction Cooper has taken the state — 46% disapprove of his job performance and 35% approve.

“The poll results are not good news for President Biden or Gov. Cooper, whose policies continue to be unpopular with families,” said Dr. Robert Luebke, senior fellow at the Center for Effective Education at the John Locke Foundation. “The numbers, however, continue to be good for school choice advocates. They keep telling us two things: North Carolinians like choice and they want more of it.”

In a surprising move, Cooper issued a proclamation in mid-January recognizing National School Choice Week, a first for him since he took office after the 2016 election.

“Governor Cooper’s National School Choice Week proclamation makes this year’s celebration even more special,” said Stoops. “It suggests that even the most ardent opponent of parental choice can be persuaded of its merits.”

More broadly, 66% percent believe that K-12 education in North Carolina is headed in the wrong direction, compared to 20% who believe it is on the right track.

The survey was conducted Jan. 21-23 of 600 likely general election voters.