Smash the Rich! | Beaufort County Now | A year ago, Duke Cheston of the Pope Center criticized a class in political science at North Carolina State University. Because its presentation of the American political system was clearly biased, his story was titled "Evil Republicans 101." Now we have come across another section of the same... | Evil Republicans, American Politics and Government, Christine L. Nemacheck, Al Jazeera, Air America, the Nation, Constitutional Democracy

The author of this post is Jane S. Shaw. 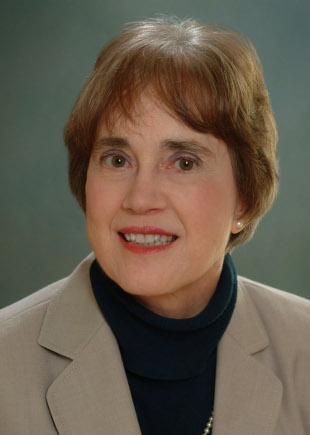 Jane S. Shaw, president of The John William Pope Center.
A year ago, Duke Cheston of the Pope Center criticized a class in political science at North Carolina State University. Because its presentation of the American political system was clearly biased, his story was titled "Evil Republicans 101." Now we have come across another section of the same course taught by a different instructor. It, too, is riddled with one-sided education about the American government. Because of its focus on class divisions, it might be called "What Can We Do to Level Incomes and Restore the Progressive Agenda?"

Let me begin by saying that writing this article is not an enjoyable task for me. Personally, I don't like the idea of showing that instructors in North Carolina colleges and universities are letting their preferences overwhelm their objectivity. But this example is so illustrative of political bias that I feel obligated to report on it.

The class was an online section of Political Science 201, American Politics and Government, one of nine sections taught this spring. The course is the basic introductory class for potential political science majors, although it also serves as a general education course.

Professor David Garson, the instructor, is not actually in the political science department. He is a full professor of public administration who has received a number of distinguished awards from his peers. The student who brought this online class to our attention praised him for answering questions promptly, although the student also noted that otherwise the professor did not take an active role. There were no lectures, and he rarely intervened in the online discussions.

Students read a chapter per week from the textbook Government by the People by David B. Magleby, Paul C. Light, and Christine L. Nemacheck. In addition, a weekly reading was posted online, along with a variety of links under categories such as "Interesting Websites" and "Politics in Action." Those supplemental readings are what were so disturbing.

The first major reading was an academic article by Jules Lobel. The article, a PDF from the Journal of National Security & Policy, starts with an "Editors' Note" indicating that the journal asked both Lobel and Robert F. Turner "to debate the constitutionality of covert war for this special issue." The editors state that Mr. Turner wrote a "counterargument" that follows Lobel's in the journal - and, in addition, each writer wrote a rebuttal to one another.

But for Poli Sci 201 students, there was no counterargument. There was simply Lobel's, which claims that the CIA's or Special Operations Forces' "secret attacks," unless they are authorized by Congress, are "forbidden by our Constitution and antithetical to a democratic society."

That may be true, but where is the other side? And where are the two rebuttals? To present one position on this complex constitutional issue is strange, especially when the opposite argument is readily available. Not a great way to start off a course.

It also seems odd to begin with such a modern example. A course in the structure and workings of American politics should explain why we have the structure we do. The textbook gives a brief history, but there doesn't seem to be any requirement to read the Constitution, the Declaration of Independence, or any of the Federalist papers. The supplementary materials, it seems to me, ought to be more about the "basics."

Before reading the first weekly lesson, I had already discovered that the course would be tilted. The instructor lists "Newsbreak Sources," by which he means sources "to compile your required 'Newsbreak' commentaries." The list includes the three major TV networks, plus Al Jazeera, Air America, the Nation, Raw Story (a "progressive news site"), Mother Jones, SourceWatch, and a few others. Needless to say, the leading cable channel Fox News is not mentioned. But the list makes up for that omission with Media Matters for America - the first on the list, in fact - a site that specializes in attacking Fox News. (As it turned out, this class did not actually have any required Newsbreak commentaries.)

Then I took a careful look at Weeks 1, 7, and 13, chosen arbitrarily to give a broad picture of the 14-week course.

Week 1, Constitutional Democracy, had in addition to the Lobel reading, a non-objectionable biography of Alexander Hamilton and a link to the National Archives' "Charters of Freedom" exhibition. But it also had a lengthy article, "Power at the National Level," by G. William Domhoff, based on his 1967 book Who Rules America? The point of this article was that "a relatively fixed group of privileged people dominate the economy and government." The group is composed of "intermarrying and interacting families" whom he calls the "social upper class." If there is anything that sounds like worn-out 1960s sociology, this is it.

The instructor introduced this reading with a comment: "Prof. G. William Domhoff's book has stirred controversy for over three decades. Find out if you agree or disagree." On what basis are freshmen and sophomores supposed to find out if they agree or disagree? No other view was presented.

Week 7, Public Opinion and Participation, included three websites under the category "Politics in Action." One was Democracy North Carolina, which promotes public finance of electoral campaigns. What about the argument against public financing? Not here.

Another was MoveOn.Org the organization created by billionaire George Soros that uses political action to counter "a political process where big money and corporate lobbyists wield far too much influence." The third was an article from the Progressive magazine, "Bullies at the Voting Booth, 2004." The instructor's description of this article was "Republican dirty tricks," and, indeed, the article warned that "Republicans may use a variety of tactics to suppress the vote of racial minorities in swing states."

The academic reading for the week, which had been presented at the 2013 meeting of the International Conference on Web Search and Data Mining, was not partisan, although of dubious value. The paper studied whether the "Twitter political chatter" surrounding the 2011 Republican primary debates reflected national polling data (it didn't).

Week 13, Economic and Social Welfare Policy, included links to three "Interesting Websites." One was the "Campaign for America's Future," where "our daily work is to bring about the progressive transformation." The second was an article in the Washington Post about "growing income disparity" in the United States. The third was from Mother Jones, "Rich People Create Jobs! And Five Other Myths that Must Die for Our Economy to Live."

Other listings that week were a simulation that supposedly lets students figure out how to reduce dependence on foreign petroleum, the Progressive Policy Institute, and TalkLeft, an "online magazine with liberal coverage of crime-related political and injustice news."

The academic reading was "A Lesson from the South for Fiscal Policy in the US and Other Advanced Countries," by Jeffrey Frankel of the Harvard Kennedy School. He argued that some "southern" (that is, developing) countries could teach lessons to industrialized nations. The entire assumption of the piece was that Keynesian stimulus is the best way to boost the economy but it is hard to turn off the spigot in good times.

So what do we have here? A series of blatantly lop-sided materials. It would appear that, in this class, the only legitimate perspective is from the left. (The text, by the way, is a trendy book - nearly every chapter has a sidebar on diversity and it includes an actual application for voter registration - but it appears to be fair to both Republicans and Democrats.)

I contacted Professor Garson and shared the general flavor of this article. He responded right away; he did not agree with my criticisms. He explained:

"Online readings are selected to provoke discussion. I find most of the discussion from students tends to be from a conservative direction, not that [that] should be of your concern. I think students have the intellectual capacity to make their own analyses. To avoid biasing online discussion, I do not make online comments for this very reason and discussion from students is broad-ranging from all points of view, though I do think conservative comments predominate. I have used explicitly conservative sources, such as Cato Institute, in the past, though I do not select extra readings on that basis. I have not had students comment on bias in the past many years of my teaching this course."

The dominance of conservative comments seems strange, since students' voting patterns show that they are heavily Democratic. Perhaps the liberal line in this class is so strong that conservative students reflexively argue back, and therefore seem to be more numerous. In any case, Professor Garson also said that if I didn't like the course, he would recommend that I make constructive suggestions for improvement. That I will do in an upcoming article.

(Author's note: When I returned to Week 13, a link to the Cato Institute had been added and the links to the Progressive Policy Institute and TalkLeft had been removed. A student alerted me to a change in Week 7 as well - the addition of a list of conservative websites. I may be having an effect.)