Race to a Vaccine: RTP Company May Have Leg up on Being First to Market | Beaufort County Now | If Novavax’s coronavirus vaccine gets approved, manufacturers in North Carolina hope to have millions of doses already prepared and immediately ready to immunize residents. | carolina journal, race to a vaccine RTP company, first to market, july 29, 2020

Race to a Vaccine: RTP Company May Have Leg up on Being First to Market 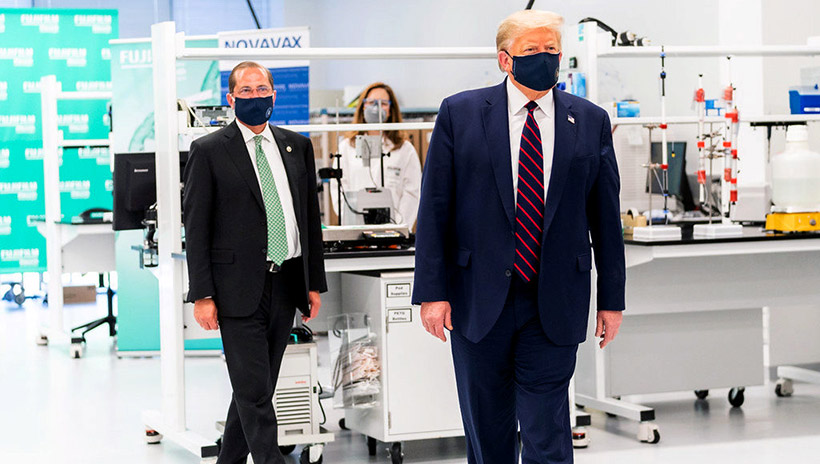 If Novavax's coronavirus vaccine gets approved, manufacturers in North Carolina hope to have millions of doses already prepared and immediately ready to immunize residents.

Fujifilm Diosynth, a Japanese contract drug manufacturer, is making the main component of Novavax's potential coronavirus vaccine in Research Triangle Park. The manufacturer is stockpiling vaccine ingredients to prepare for the day the vaccine could be approved, says Marin Meeson, CEO of Fujifilm Diosynth.

The federal government has invested $1.6 billion in the little-known Maryland company Novavax — the largest deal yet from Operation Warp Speed, the federal push to mass produce coronavirus vaccines. The operation aims to make 300 million doses of a COVID-19 vaccine available to the public by January. It has poured nearly $4 billion into six potential vaccines.

If Novavax's vaccine proves successful, the federal government will own 100 million doses, enough to immunize at least 50 million U.S. residents.

"America will develop a vaccine very soon, we will defeat the virus. We'll have it delivered in record time," President Trump said before touring Fujifilm Diosynth's facilities in North Carolina on Monday, July 28.

According to the World Health Organization, Novavax is in an earlier phase of testing than at least seven of its competitors. Novavax's vaccine candidate is about to finish the first of three clinical trial phases.

"We should have a considerable amount, multi millions of doses available by the time that the vaccine is proven effective," Meeson told Carolina Journal about the manufacturing process. He says his staff are doing the work of months in just weeks.

In May, Novavax began testing the vaccine in 130 people, and researchers anticipate reporting the preliminary results by the end of July. They expect to advance to Phase 2 in August, and to begin the final Phase 3 sometime in the fall.

"This is being developed at warp speed," Novavax told Carolina Journal in a statement.

Across the world, researchers are chasing more than 164 COVID-19 vaccine candidates, but only 25 vaccines are being tested in humans. Five vaccine projects are in the final phase of testing. Two of those five projects are based in China, and another is tied to Britain and Sweden. An Australian company is also in the final stage of testing a tuberculosis vaccine to determine whether it can protect against the coronavirus.

So far, Moderna is one of two U.S. companies to reach the final trial.

Moderna this week launched its final trial to enroll 30,000 people across the county. The Trump administration has also struck an agreement with Pfizer, a company based in New York City working with companies based in Germany and China. Pfizer began its third trial Monday, July 27.

Experts hope Novavax offers a faster way to manufacture coronavirus vaccines. Moderna's candidate relies on fragile RNA molecules, and it must be stored in sub-zero temperatures— complicating rollout in rural areas and scattered populations. Novavax declined to comment on the storage of its vaccine candidate.

Novavax hopes to provoke an immune response with coronavirus proteins.

This could save critical time in vaccine distribution, says Meeson.

"It is a few days shorter, the process. Once we start ramping up the manufacturing, it will be an advantage for us," Meeson said. "You need to grow the cells, the virus, and that takes time. When that's a little bit quicker, that means we can do more. ... It's not a massive difference, but it certainly will help."

The federal investment marked a dramatic change in Novavax's fortunes. A year ago, the company was fighting financial collapse. One of its major vaccine candidates failed twice in three years. The company sold off its manufacturing facilities, and its stock fell so low that it risked being taken off the NASDAQ electronic stock exchange, reported the New York Times.

After 33 years of business, Novavax has never brought a vaccine to market, the NYT reported.

If researchers can develop a vaccine by the end of the year, or within a 12- to 18-month timeline, it will shatter the normal timeline to develop vaccines.

"It's normally nine to 12 months before we'd start making products at this level, and we've started this process in a matter of weeks," Meeson said.