It is past time to stop paying any attention to the Elite Media | Beaufort County Now | The are gaslighting, not reporting the news 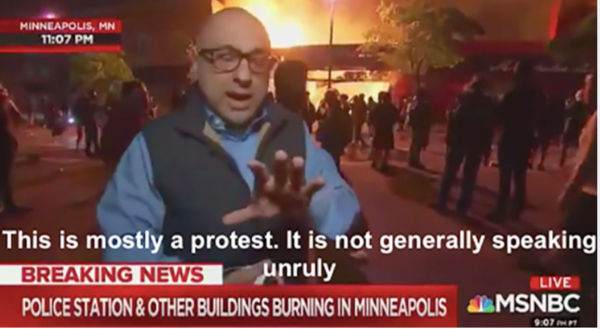 There is one major lesson that conservatives and frankly all Americans must learn: never accept at face value the reporting of any news event.   By foolishly acquiescing to the version of a story put out by the denizens of the mainstream media, the citizenry allows the ruling oligarchy to set the narrative and exploit the inevitably fabricated incidents that further their cause.  In place of “mainstream media,” they ought to be called Gaslight Media, for their role is not to report the truth, but rather to manipulate the public into a mental state conducive to obedience. As defined medically, gaslighting is:

…a form of psychological abuse where a person or group makes someone question their sanity, perception of reality, or memories. People experiencing gaslighting often feel confused, anxious, and unable to trust themselves.

These statists are aware that once their version of a story has been repeated ad nauseum for days or weeks the bulk of the populace will accept it as the truth, thus, achieving near-permanent status in the national discourse.

Every quasi-totalitarian movement in modern history has employed a Gaslight arm to further their aims and manipulate the masses.  What was once a respected vehicle of newsgathering and reporting, the Gaslight Media, is now the full-throated disinformation ministry of the left-wing ruling oligarchy.

The most common thread throughout the history of those determined to achieve societal and governmental hegemony is the unabashed utilization of falsehoods that will aid in achieving their ends.  The simple fact of the matter is the left lies.  All who pledge fealty to any version of Marxism/socialism lie.  Bootlickers currying favor from the ruling elites lie.  Lying is the foundational principle of totalitarianism.  A corollary of that principle is the deliberate misreporting of events to give voice to those lies.

A recent example of this tactic is the reporting in the immediate days following the breach of the Capitol on January 6th of this year.  The incident was almost instantaneously characterized as an “armed insurrection.”  Five people were said to have been murdered in the mayhem.  Supposedly, a policeman was savagely beaten to death with a fire extinguisher by a Trump supporter, and this was widely reported in the New York Times and throughout the media.  All the so-called insurgents were branded as Trump supporters (i.e., domestic terrorists) who were incited by President Trump’s speech to go on a murderous rampage and threaten the lives of Senators and Representatives.  President Trump had blood on his hands, therefore, impeachment and a permanent sanction against his seeking the presidency in the future was an absolute necessity.

The silence and, thus, tacit acquiescence by the Republican Party hierarchy and establishment conservatives to these outrageous allegations was deafening as they began to take on a life of their own.

Yet, how difficult was it to make even a modest effort to accurately report on the events if the Gaslight Media had chosen to do so?  And for the Republican Party leadership and conservative establishment to not immediately cower in a corner?

I attended the “Stop the Steal” rally in Washington D.C.   As I chose to stay in the vicinity of the Capitol rather than walk the nearly 2 miles to the Ellipse where President Trump was speaking, I witnessed first-hand the breach of the Capitol.   I wrote about the experience and my initial take-away the next morning and published the article in American Thinker.

Since the initial reporting, the truth has slowly leaked out, primarily through the alternative media.   We now know:

But the initial story by the Gaslight Media set the narrative.  And narratives, in due course, evolve into unquestioned and irrefutable facts if not immediately and aggressively questioned or refuted.  Over the past five years, the examples of the Gaslight Media lies and manipulation in order to establish a false narrative as well as the failure of conservatives and Republicans to aggressively counter the narrative are legion.

There was the Russian collusion fairy tale wherein Donald Trump was the evil turncoat who sold out his country to Vladimir Putin in order to win the 2016 election.  Virtually no elected Republican or establishment conservative pushed back against this absurdity.  Thus, for three years that fable led to daily breathless “revelations” on the nightly news and front pages hamstringing the Trump Administration.

All those involved in the deception, including the Gaslight Media, knew the story was false and defamatory but persisted regardless as they had succeeded in convincing a sizable plurality of Americans that Donald Trump was a traitor.  To this day nearly half of all Americans believe Trump was in league with Russia to steal the 2016 election despite all the investigations and exonerations.

In the spring of 2020, the Gaslight Media seized on the death of George Floyd, a career criminal, to bludgeon the American citizenry with uncorroborated stories of police brutality and so-called systemic racism.  While the paramilitary brigades of the left, Antifa and Black Lives Matter, were burning down cities and looting businesses, the media was lavishing praise and excusing their behavior, calling the demonstrators “mostly peaceful.”  At the same time, the Gaslight Media had unabashedly undertaken the mission of convincing 70% of the population that they are guilty of being inherently racist and, therefore, must surrender to the demands placed on them by the left on behalf of the ruling oligarchy.

Cowardly succumbing to racial blackmail, many corporations slavishly poured untold millions into the coffers of America’s left-wing domestic terrorists further emboldening them in their militant ambitions.  But as the media had framed the entire sorry spectacle around race, few on the right spoke out, questioning the veracity of the reporting, as the ruling oligarchy became more entrenched while livelihoods were crushed, and innocent people murdered.

At the beginning of the Chinese Coronavirus, before any facts were known or serious medical investigations begun, mass panic was induced by the Gaslight Media running around the country touting theoretical studies claiming millions of Americans would die if the citizenry did not crawl into a bunker and shut down the economy.  Despite the obvious irrationality of that premise, very few on the right or the Republican Party pushed back.

For the first time in the history of mankind a society decided to quarantine the healthy instead of the sick.  The fear-mongers were wrong but not before they irretrievably convinced a significant majority of Americans that the grim reaper lurked around every corner.  But more importantly they utilized this fear and attendant lockdowns to destroy the Trump economy and set up a mechanism to manipulate the 2020 election in order to defeat their nemesis… the financial and emotional damage to the average American be damned.

This nation is at a crossroads.  The left-wing ruling oligarchy dominates nearly all societal institutions.  But they cannot succeed in their effort to transform this nation’s political system into a one-party oligarchy without the active role of the Gaslight Media.   Therefore, all thinking Americans must stop accepting at face value any reporting on any issue originating from this cabal.  There must be constant and unremitting push back by the bulk of the conservative movement and Republican elected officials to immediately question the premise and details of any story.   The time has come for us to set the narratives not the Gaslight Media.