Kew Gardens in London is to change labels on its plants and flowers in order to inform visitors on how racist they are. | Beaufort County Now | Can cotton be far behind?

Kew Gardens in London is to change labels on its plants and flowers in order to inform visitors on how racist they are. 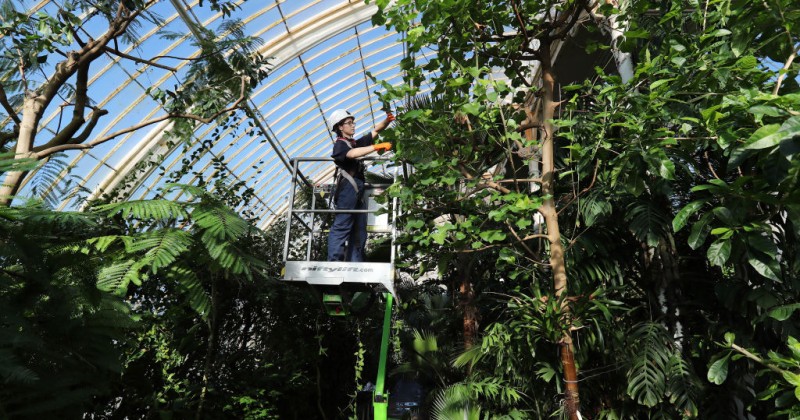 Kew Gardens in London is to change labels on its plants and flowers in order to inform visitors on how racist they are.

The popular attraction, which welcomes over 2 million visitors a year from all over the world, is set to “change display boards for plants such as sugar cane – previously harvested by slaves – to highlight their ‘imperial legacy’”, reports the Daily Mail.

According to Kew director Richard Deverell, the change is part of an effort to “move quickly to decolonise collections.”

The change happened after managers at Kew consulted with Ajay Chhabra, “an actor with an insight into how sugar cane was linked to slavery.”

This is yet another capitulation to woke mobs who are trying to subvert the United Kingdom and make its population ashamed of their heritage and birthright, despite the fact that Britain was the first major country in the world to end slavery.

Brits like William Wilberforce literally risked their lives to travel to the colonies and free slaves.

The purpose of activist efforts to push for “decolonisation” is actually just reverse cultural colonisation by the woke mob.

Tory MP Sir John Hayes responded to the announcement by saying he would look into public funding of Kew Gardens.

“This is preposterous posturing by people who are so out of touch with the sentiment of patriotic Britain,” said Hayes.

“This is typically bourgeois liberal arrogance which is ill-fitting of people that get public funding,” he added.

Kew Gardens is by no means the first public attraction in the UK to go woke.

The National Trust also vowed to continue an investigation into the “contentious history of its properties,” one such example being Winston Churchill’s former home, Chartwell, simply because Churchill once held the post of Secretary of State for the Colonies.

Statues in major cities are also under threat of being removed, with London Mayor Sadiq Khan overseeing a “commission to review and improve diversity across London’s public realm to ensure the capital’s landmarks suitably reflect London’s achievements and diversity.”

Source:  Kew Gardens to Tell Visitors How Racist Its Plants Are – Summit News