Do you know who the "enemy" is now? | Beaufort County Now | Big Tech has betrayed our trust and the bad guys are all mixed in with the good guys

Do you know who the "enemy" is now? 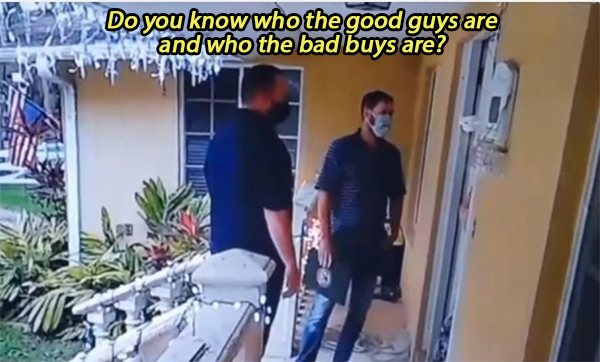 We don’t subscribe to everything this fellow has to say but this much we do agree with him on:  Facebook and Twitter (and Google) are causing more problems for conservatives than they are worth.  It amazes us that most conservatives who are still using Big Tech don’t realize how they have been betrayed by self-righteous demagogues.  These government agents are recorded saying in April, before the January 6 demonstrations, that Facebook and Twitter were pushing private information to government snoops.

The other thing we agree with him on is that government bureaucrats are as much of The Problem as are radicals on the left or right.  Just look at the corruption in the FBI, DHS and Intelligence agencies.

We debated whether to post this but decided to leave it to you to make what you will of Click here to read the article and watch the video: CAUGHT ON VIDEO: FBI and DHS Attempt To Recruit Former Green Beret to Infiltrate and Spy on Oath Keepers, Proud Boys - But He Recorded The Conversation! (thegatewaypundit.com)