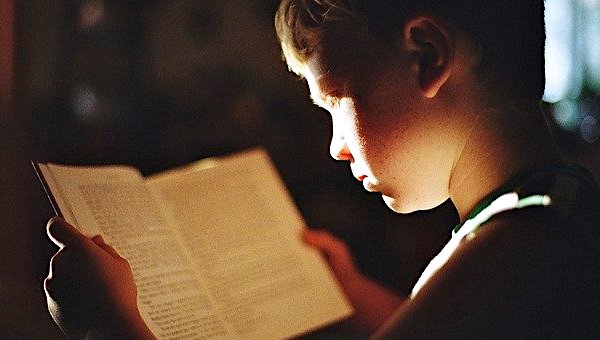 The Idaho State Legislature has become the first in the nation to put a bill on a governor's desk that would ban Marxist-based critical race theory from being taught in public schools.

Arkansas, Oklahoma, Iowa, Missouri, Texas and West Virginia are among other states considering bans on such teaching, which regards America and Western Civilization as inherently racist.

"It is a preventative measure. It does not indicate that we have a rampant problem in Idaho. But we don't want to get one," he said.

Sen. Janie Ward-Engelking said the idea that schools are "brainwashing" children with "a liberal leftist indoctrination" is not true, the Idaho Press reported.

"Our universities and school districts districts already have procedures in place that will deal with any problem we have in curriculum," she said.

The bill bars teachers from forcing students into belief systems that claim a group of people as defined by sex, race, ethnicity or religion are inferior or superior to others.

Educators also cannot make students "affirm, adopt or adhere to" belief systems claiming they responsible for past actions done by people of their race or origin.

The teaching of critical race theory has gained momentum nationally in the wake of the death of George Floyd in police custody. However, the chief prosecutor in the trial of Minneapolis officer Derek Chauvin, Keith Ellison, said Sunday there was no evidence that race was a factor in the 46-year-old black man's death.

Last September, President Trump issued an executive order banning the teaching of the "malign ideology" to federal employees and federal contractors. A federal judge blocked Trump's ban in December and Biden revoked it in January.

Among the student protesting the Idaho bill at the statehouse on Monday was 8th grader Yvonne Shen, a member of the Idaho Asian American Pacific Islander Youth Alliance, which organized the protest.

She told Idaho Press critical race theory is about "self-awareness" of the past.

"Many people seem to think that teaching our students about the cruelty and suffering of our country's past is some form of self-hatred for our own country. But, make no mistake, this is self-awareness," said Shen.

A math teacher at a wealthy private school in Manhattan, Paul Rossi, drew national attention last week when he was fired for writing an essay accusing the $57,000-a-year Grace Church School of indoctrinating students.

Rossi said he couldn't remain silent while "witnessing the harmful impact" of the "antiracism" instruction. He released a recording of a phone conversation with the head of the school George Davison, who admitted "we're demonizing white people for being born."

'It's all social justice'

Two professors at a university in Chicago who serve on a local school board were caught on an open Zoom call boasting of their influence on "social justice" teaching in schools.

West Cook News reported Monday that Gina Harris and Ralph Martire of Roosevelt University were engaged in the conversation before the Feb. 26 meeting of the Oak Park and River Forest High School school board.

"I mean, it's all social justice. All day, every day, I get to talk about the things I love. I'm really living the life over here," Harris said.

She noted she was teaching "middle school theory and practice" to future K-12 teachers at Roosevelt.

Martire, a Roosevelt professor of public policy and public administration, said the way he views government budgets is through a lens on how use them to "organize society."

"Yeah. I always flip out the kids that take my master's class on fiscal policy and public budgets within the first three or four classes are devoted to philosophy of social justice and how you organize society. We don't talk about one, you know, budgetary item. They're like, Oh, man. Professor Martire, this is a really weird way to teach a budget.

"If you don't understand your values, you can't allocate resources among public priorities that are scarce, but all needed. Right?" Martire said.

Harris, in addition to teaching at local Maywood Elementary, is a liaison officer for the nation's largest teacher's union, the National Education Association.

The funding will support the teaching of critical race theory and the "1619 Project," the New York Times series that contends the United States was founded on slavery, regarding it as the defining characteristic of the American experience.

The grants, which distribute about $5 million a year, were listed in the Federal Register last week as proposed rules, open to comment until May 19.

The Department of Education said the teaching is important because the U.S. is going through a "national reckoning with systemic racism [that] highlighted the urgency of improving racial equity throughout our society, including in our education system."

In February, former Vanderbilt and Princeton political science professor Carol Swain warned that having already "destroyed" higher education, the political left is ramping up its effort to fundamentally transform K-12 schooling, teaching children that anything associated with Western Civilization.

In his first week in office, President Biden unveiled a plan to "embed racial equity," rather than equality of opportunity, in all government agencies and "redress systemic racism where it exists" across the nation.

Among his moves was the elimination of President Trump's 1776 Commission, for which Swain served as vice chairman. The Biden administration called the report the commission released just prior to Biden's inauguration "counterfactual.

With the aim of restoring education on America and its founding, the 1776 report argues that while the country "has its imperfections, just like any other country, in the annals of history the United States has achieved the greatest degree of personal freedom, security, and prosperity for the greatest proportion of its own people and for others around the world."

"These results are the good fruit of the ideas the founding generation expressed as true for all people at all times and places."

Last October, two members of the 1776 Commission, Hillsdale College President Larry Arnn and Hoover Institution fellow Victor Davis Hanson, were among the professors, academics and historians who signed a letter urging the Pulitzer Prize Board to rescind its award to the author of the "1619 Project," Nikole Hannah-Jones.

Posted on the website of the National Association of Scholars, the letter asserts there is "simply no evidence" for her claim that "protecting the institution of slavery was a primary motive for the American Revolution."

The New York Times' own fact-checker, Leslie M. Harris, the scholars point out, has "warned the newspaper that an assertion that 'the patriots fought the American Revolution in large part to preserve slavery in North America' was plainly false."

Last Tuesday, Powerline blogger John Hinderaker noted the Biden administration and Democrats nationwide was pushing the idea that "systemic racism" permeates the nation and is woven into its founding documents.

Earlier that week, St. Paul, Minnesota, Mayor Melvin Carter quoted from the Supreme Court's infamous Dred Scott case to make that point, accepting Chief Justice Roger B. Taney's dubious interpretation of the Declaration and the Constitution. Taney said the original Constitution regarded black people "as so far inferior that they had no rights that white people were bound to respect."

But Abraham Lincoln, Hindraker pointed out, rebutted Taney's claim in a speech addressing the decision. In 1857, before his presidency, Lincoln said that when the Founders wrote that God has granted everyone "certain inalienable rights," they "did not mean to assert the obvious untruth, that all were then actually enjoying that equality, nor yet, that they were about to confer it immediately upon them."

"In fact they had no power to confer such a boon. They meant simply to declare the right, so that the enforcement of it might follow as fast as circumstances should permit," Lincoln said.

And, wrote Hindraker, America "fought a great Civil War that derived from the debate over [Taney's] teaching."

"It resulted in the adoption of the Civil War amendments to the Constitution and other civil rights laws. Yet ignorance rules the day," he said.

Hindraker argued "the United States is alone in the history of the world in its foundation on the principle of equal rights."

"We are proud of our founding documents and our history. We dispute the contentions of Taney et al. as self-evident lies."

"The framers made concessions to slavery because they believed that the Constitution would not be ratified without them," he argued.

"Had the Constitution not been ratified, slavery would have been in a far stronger position. Instead, the new Constitution created a government strong enough to deal with slavery when the crisis finally came. Moreover, the future of the Union as a guardian of the cause of human freedom throughout the world depended upon this distinction between the Constitution’s principles and its compromises."