Democrats, Unions Fighting Move To Open Disciplinary Records as Cooper Remains Quiet | Beaufort County Now | A bill that would open disciplinary records of government employees is crawling through the Senate, and employee unions and Democrats are determined to kill it. 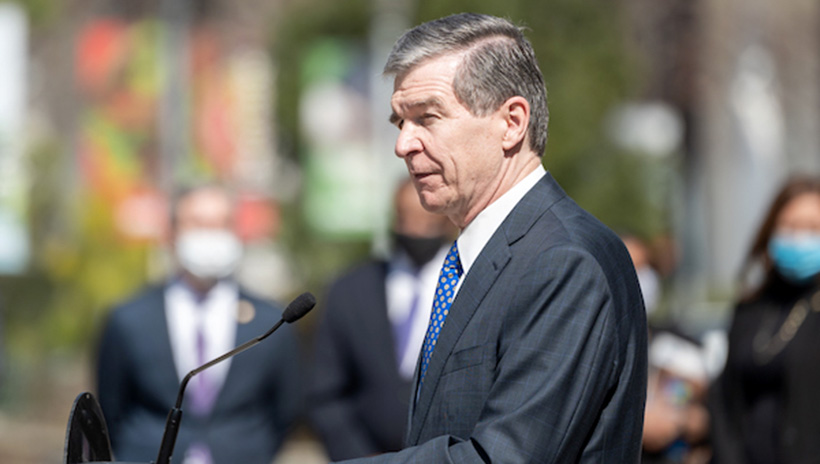 A bill that would open disciplinary records of government employees is crawling through the Senate, and employee unions and Democrats are determined to kill it.

Lawmakers filed Senate Bill 355, the Government Transparency Act of 2021, in late March, and it has been mired in committee since. Republic Sens. Norm Sanderson of Craven County, Bill Rabon of Brunswick, and Joyce Krawiec of Forsyth are primary sponsors. It's expected the bill will be rolled into another measure to get around the crossover deadline, which for most bills was last week.

The N.C. Press Association is strongly pushing the bill, and employee unions, specifically, are fighting it. That includes the State Employees Association of North Carolina, the N.C. Association of Educators, and the Teamsters.

S.B. 355, the legislative summary says, would create a new requirement that government entities make a general description of certain personnel actions available to the public. Under current law, personnel files of state employees are confidential and may not be released except in certain limited circumstances to certain individuals or entities, the summary says.

State statute provides a list of data that each state agency must maintain and make available to the public for inspection upon request, including name and age, terms of any contract, current position, title, and salary, date and general description of the reasons for each promotion, and date and type of each dismissal, suspension, or demotion for disciplinary reasons.

S.B. 355 would create a new requirement that the state provide a general description for each demotion, dismissal, transfer, suspension, separation, or other change in position for each state employee, the bill language says.

In an opinion piece published in Carolina Journal and throughout the state, Paul Mauney and Bill Moss say these organizations, as well as the N.C. Justice Center, "have flooded senators' inboxes with a letter declaring the bill unconstitutional, and they persist in the false portrayal even after sponsors agreed to an amendment addressing their due process concerns.

"The aggressive opposition raises several questions. What is there to hide? What is the public policy interest in keeping public employee performance records hidden from the public?"

Signing the letter were Ardis Watkins, executive director of the state employees association, and Tamika Walker Kelly, president of the teachers association. In the letter, the pair said the bill "would allow ANYONE full access to a state employer's personnel file, including any comments from supervisors about disciplinary actions in real-time, even though an employee's appeal of potentially false information could take months."

Medical records and other personal information are already protected by federal law, including the Health Insurance Portability and Accountability Act, or HIPPA.

The bill is certainly constitutional, an expert on the U.S. Constitution told CJ, and the core language was written in 2010 by, among others, N.C. Senate President Phil Berger, R-Rockingham. That bill passed with the same wording, the expert says, but, because of union opposition, was diluted to the point of becoming ineffective. State law hasn't changed since.

Examples of denials to the media and the public of access to disciplinary records of state employees are numerous, yet details of internal investigations and past offenses are scant, at best.

In 2014, the Times-News of Burlington sued the Alamance Burlington Board of Education over the departure of former Superintendent Lilli Cox, who resigned, the newspaper wrote, "after the board held a series of lengthy closed-session meetings to discuss personnel matters. The board agreed to a $200,000 severance package and $22,000 in unused vacation pay. According to Cox's contract, $200,000 is the amount she would have received had the board unilaterally terminated her contract."

The paper, its story said, "made a public records request to see those closed-session minutes in the months after the resignation was announced, and was given 45 pages of minutes with all but a few words blacked out."

The N.C. Court of Appeals ultimately upheld a decision by the Superior Court rejecting the lawsuit.

"The court's job is to read the public records law broadly to promote access," John Bussian, the Times-News' attorney, said at the time. "[T]his decision, if correct, shows why North Carolina's public records access law keeps the public from knowing reasons for important government personnel decisions, unlike the law in more than 35 other states."

Bussian is pushing lawmakers to support S.B. 355. One of the country's top press lawyers, Bussian and his firm specialize in media litigation. He has long been a national leader in defending press freedoms.

Bussian said the bill places a modest but important light on the records, especially when compared with other states.

"There is no legitimate public policy reason not to allow North Carolinians the right to see records of disciplinary actions taken against the people they employ in state and local government," Bussian said. "The vast majority of states enjoy access like this, and the best of these states allow complete access to these files."

As NCPA points out in its oped, "such an open records law sounds like unequivocally sound public policy, which is how it's regarded in more than 35 states where that information is available. Opponents in their efforts to derail S.B. 355 have nonetheless mounted a campaign based on misinformation and alarmist scenarios."

Gov. Roy Cooper, a Democrat, often says he supports an open and transparent government, and, as attorney general, he even published a sort of manifesto on the subject and its gravity to a free press and exchange of ideas. As a state senator in 1997, Cooper sponsored a failed bill, the Discipline Disclosure Act, which sought, it says, "to bring more openness to the performance of public employees by providing greater access to personnel records."

But, as governor, Cooper has treated the idea as anathema. Cooper is reluctant to talk about the bill and whether he would support it, and even inquiries about the bill from media that he deems friendly have been mostly ignored, a source tells CJ. Cooper rarely, if ever, responds to inquiries from CJ.

The News & Observer of Raleigh and The Charlotte Observer, which typically support the governor, took him to task last year over his refusal to disclose records related to state incentives to lure Apple to Research Triangle Park nearly three years ago.

We're troubled," the papers wrote, "at a pattern of the governor being too close to the vest with information that should be public. In 2018, Cooper was unnecessarily reticent about questions surrounding the state's $58 million agreement with the developers of the Atlantic Coast Pipeline. More recently, the governor's office and Department of Health and Human Services were slow to respond to multiple requests for records, data, and policies involving COVID-19 and nursing homes, which had seen a surge of infections. Some of those requests still haven't been filled.

"Such secrecy doesn't serve the public, whether it's the president's tax returns or North Carolina's bid for a big business prize. N.C. lawmakers should close the open records loophole the governor thinks he has regarding Apple, and Cooper should stop hiding information the public deserves to see."
Go Back