Barnes is new director of BLET program at BCCC

He succeeds Ben Morris who was recently named chairman of BCCC's Business and Industrial Technology Division.

The son of a gunnery sergeant in the U.S. Marine Corps, Barnes was born at Marine Corps Base Camp Lejeune.

He graduated from White Oak High School in 1974 and enrolled in Coastal Carolina Community College, earning an associate in applied science degree in police science in 1976. He also holds a bachelor's degree in criminal justice from the University of North Carolina at Charlotte.

While still a college student in 1979, Barnes joined the Washington Police Department as a police officer, and was subsequently promoted to patrol sergeant, a position he held until 1984.

Barnes began work with the North Carolina Department of Juvenile Services in 1984 as a juvenile intake officer for the Second Judicial District that includes Beaufort, Hyde, Martin, Tyrrell and Washington counties.

Barnes said he was drawn to law enforcement because it held the chance to interact with and help the public as well as the chance to preserve the peace and enforce the laws.

He also said the excitement of the job was part of his decision to enter the career. 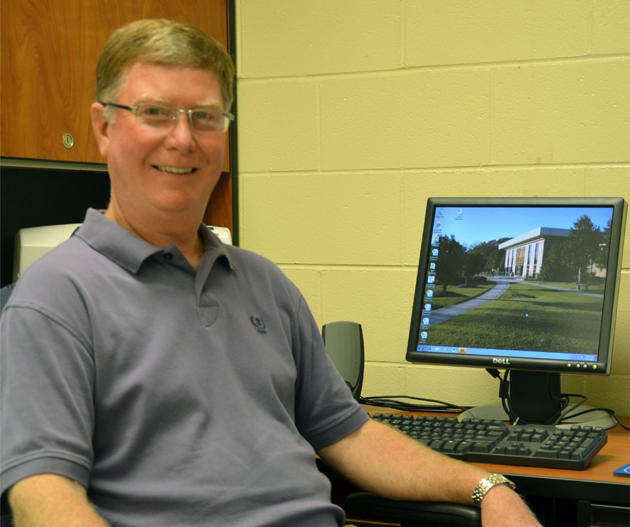 Larry Barnes: Above
"When you're out on patrol, you don't know from one minute to the next what the call would be," he said.

Barnes served as an adjunct BLET instructor for some 25 years before being named director of the program.

As a teacher, Barnes enjoys being able to share his experience with his students. He enjoys seeing them get a job and lead successful careers in law enforcement.

"It's rewarding to see them accomplish their goals and become what they want to be in law enforcement."

Taught in the fall and the spring at BCCC, BLET is a six-and-a-half-month curriculum designed to give students essential skills required for entry-level employment as law enforcement officers with state, county or municipal governments or private enterprise.

He is active in the civic and religious life of the community. He is a member of Union Chapel Free Will Baptist Church, where he serves on the advisory board and finance committee and a member of the Beaufort County Chapter of the American Red Cross, among other activities. He also serves as chairman of the State Employees Credit Union Board of Directors in Washington and chairman of the Tyrrell County Criminal Justice Partnership Program. In his spare time, he enjoys gardening and golfing
Go Back