Top Chi-com spy defects, says Wuhan Flu was engineered | Beaufort County Now | Read and decide for yourself if you believe this story 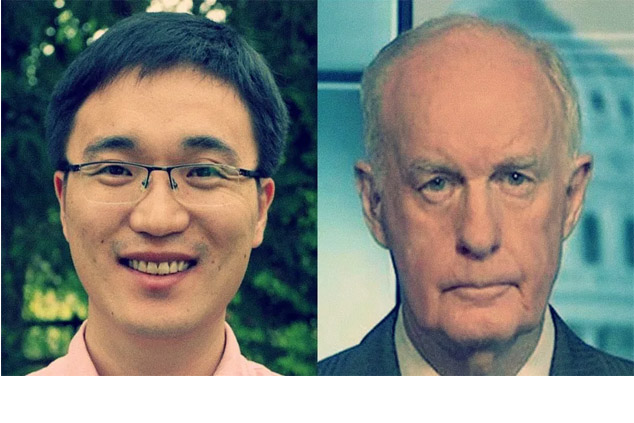 Today, The Two Mikes had the good fortune to again host Lt. Gen. Tom McInerney (ret’d), who provided a good deal of new information about the top-level Chinese defector Dong Jinwei, who brought his daughter to America with him. The defector is a senior member of the Chinese Communist Party (CCP) and was in charge of its overseas intelligence apparatus, including supervision of all Chinese spies or agents overseas.

According to RedState who originally broke the news:

RedState has exclusively reported since June 4 that a high-ranking member of the Chinese government we now know to be Dong Jingwei, the country’s top counterintelligence official, defected to the United States. Multiple sources within the US intelligence community who receive briefings on the matter told RedState details about Dong’s defection (as reported here) and that officials at the Defense Intelligence Agency have high confidence in the information Dong has provided, including information showing that the Wuhan Institute of Virology is in fact a military bioweapons research lab completely controlled by the People’s Liberation Army and that the virus we now know as SARS-CoV-2 was engineered in the Wuhan lab. Information from that defector was used by an expert virologist and a scientist formerly with Lawrence Livermore National Laboratory, in conjunction with previously available public information about the virus’s genome, to independently determine that the virus was engineered.

General McInerney, who served as the number three guy in the Pentagon, has spoken to contacts about this incident and understands why Dong chose to go to the DIA instead of other agencies that normally work with defectors.

“The CIA and the FBI, the Department of Justice and other organizations are dirty,” he said. “And we have Deep Staters there that have their interest, not the nation’s interests.”

Dong’s top focus was on the thousands of assets China has working inside the United States government and across all sectors of American society in general. General McInerney pointed out that Dong Jinwei defected to the Defense Intelligence Agency (DIA). Historically, defecting foreign intelligence officers defect to the CIA or the FBI.

“He went specifically to the DIA, which tells me in his analysis the DIA has not been tinged with dirt,” he said. As McInerney has stated on numerous occasions in the past, he detailed how anyone with knowledge of what drives the CIA, NSA, FBI, and other Deep State institutions would never choose them to engage with out of fear for their lives.

Gen. McInerney believes that Dong Jinwei feared that he would be killed if he went to the CIA or FBI, as it was the leaders of those agencies who — under Obama’s orders — sold the signals-intercept capability known as ‘Hammer and Scorecard” to China, probably for at least $100 million. Adding to his fear is the knowledge he possesses of the U.S. Government-Democrat-CPP cooperation that delivered the Obama/Fauci-funded Wuhan Flu to the United States in what will soon be proven to be a direct biological attack on the U.S., a type of attack that normally would be considered a causus belli.

“Dong was in charge of all the agents globally for the Chinese Communist Party and for Communist China, specifically the U.S.,” Gen. McInerney continued. He said that Dong’s knowledge of not only the biological attack but also the CCP’s complicity in the 2020 presidential election fraud could be another reason he chose the DIA. Could the DIA be the “least bad guy” within the Deep State apparatus? If anyone would know, it would be Dong.

Interestingly, one of those Deep State leaders who collaborated with Obama, James Comey, and others now works for one of the top three social media companies, which likely shows whose side that U.S. social media is on. That traitorously sold capability, of course, was used by the CCP and the Democratic Party to steal the 2020 presidential election from Trump.

Dong Jinwei merits the best protection DIA can offer so he can be completely debriefed on all Chinese intelligence operations and agents — and their U.S. business and politician allies — in the United States.

With intimate knowledge of the Wuhan Flu as a biological attack as well as the CCP’s involvement in 2020 election fraud, Dong Jinwei may be the most important defector in world history.