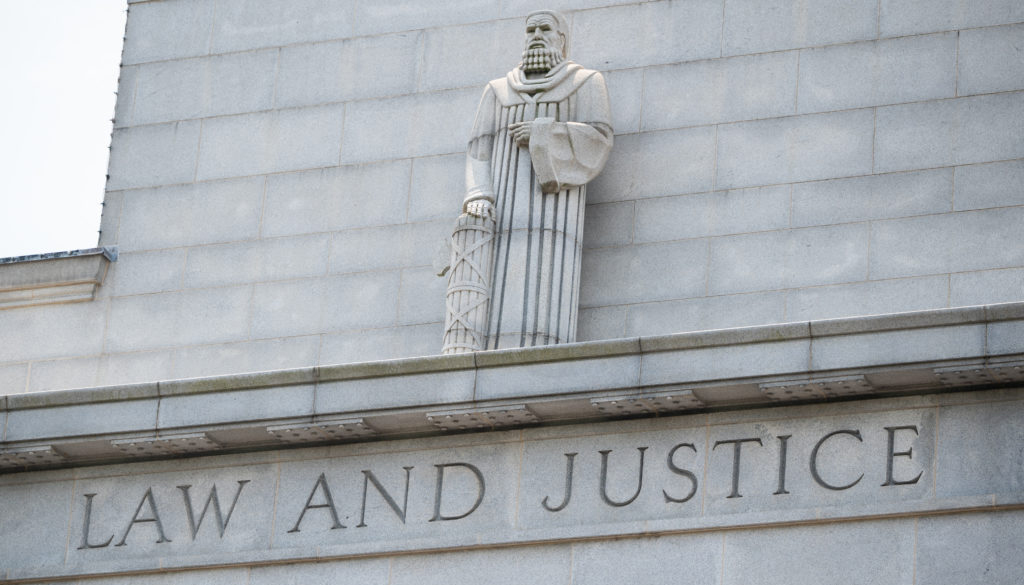 After splitting along party lines just twice in their first six months together, the current lineup of the N.C. Supreme Court has produced four more 4-3 partisan splits today. Democrats hold the one-seat majority on the state's highest court.

In a case dubbed In re Harris Teeter, the grocery store chain and Mecklenburg County disputed the tax value of equipment located in six stores. The county's estimate was about $8 million higher than the company's estimate, a difference that would have a substantial impact on Harris Teeter's tax bill. The N.C. Property Tax Commission endorsed the higher valuation.

Berger declared the government-sanctioned valuation method "constitutionally suspect and detrimental to economic liberty." He criticized a process that appeared to penalize Harris Teeter for its economic success.

"The valuation method employed by the government ignores existing markets for used business equipment, creates an artificial market for said equipment to exact additional monies from taxpayers, and treats taxpayers differently based solely on profitability," Berger wrote. "The fact that a practice may be widespread does not make it constitutionally permissible. Here, the government deprives Harris Teeter of property in the form of profits through use of a valuation method that appears inconsistent with our State Constitution."

Berger sees long-term negative consequences. "Beyond the immediate impact on Harris Teeter, this valuation method will curtail economic liberty and produce inconsistent and undesirable results for businesses in this State," he wrote. "Any business that earns a 'rate of return on the[ir] assets' which is 'above industry norms' risks the government effectuating an extra-statutory taking of the fruits of their labor, and this Court should decline to sanction such action."

"The profitability or revenue production of a successful taxpayer should not and, under constitutional and statutory principles, cannot impose higher valuation and property tax payments vis-à-vis a less successful taxpayer," Barringer added.

In State v. Allen, the Supreme Court's Democratic justices ordered a new evidentiary hearing for a death row inmate challenging his conviction. Scott Allen was sentenced to death in 2003 for the 1999 murder of Christopher Gailey.

In dissent, Republican justices contend that the majority misuses a precedent titled State v. McHone. "It is only by virtue of the majority's gross misreading of McHone that the stunning leap can be made from this language to the requirement of an evidentiary hearing in every motion for appropriate relief," Berger wrote.

Republican justices also object to the Democratic majority's ruling about Allen's claim that his lawyers failed him. "[T]he majority brings a new form of prejudice into North Carolina's jurisprudence on ineffective assistance of counsel claims: cumulative prejudice," Berger wrote. "Never has a cumulative prejudice standard been enunciated by this Court in this context, even though we frequently have addressed ... ineffective assistance of council [sic] claims."

In Estate of Long v. Fowler, the Democratic justices ruled in favor of the family of a former N.C. State University worker who died while on the job in 2017. Melvin Joseph Long's family wants to be able to sue six co-workers who performed maintenance on the equipment that caused Long's death.

"The State can only act through its officers and employees," Berger responded for the dissenting Republican justices. "The question presented is whether defendants were acting in their official capacity or individually. The statute waiving sovereign immunity grants the Industrial Commission exclusive jurisdiction to make this determination."

"Because the complaint in this case, when fully considered, indicates that plaintiff is suing defendants in their official capacities - the only capacity in which they performed their task - the Industrial Commission has exclusive jurisdiction over this case."

Berger notes one more problem. "[T]he majority's holding constitutes a drastic departure from our requirements to plead facts sufficient to establish both proximate cause and willful or wanton conduct."

In N.C. Farm Bureau Mut. Ins. Co. v. Lunsford, the Supreme Court's Democratic justices reversed a lower court and ruled that a woman in North Carolina could collect a claim from her N.C. auto insurer in connection with a fatal accident in Alabama involving a Tennessee car.

Republican justices disagreed. "The material facts are undisputed and the law well established," Barringer wrote for the dissenters. "However, the majority assumes the role of the legislature in this matter and ignores our well-establish[ed] principles for the construction of insurance policies and the determination of what law applies to insurance policies."

The state Supreme Court's four Democrats and three Republicans have now split along party lines in six of 88 cases decided this year.
Go Back