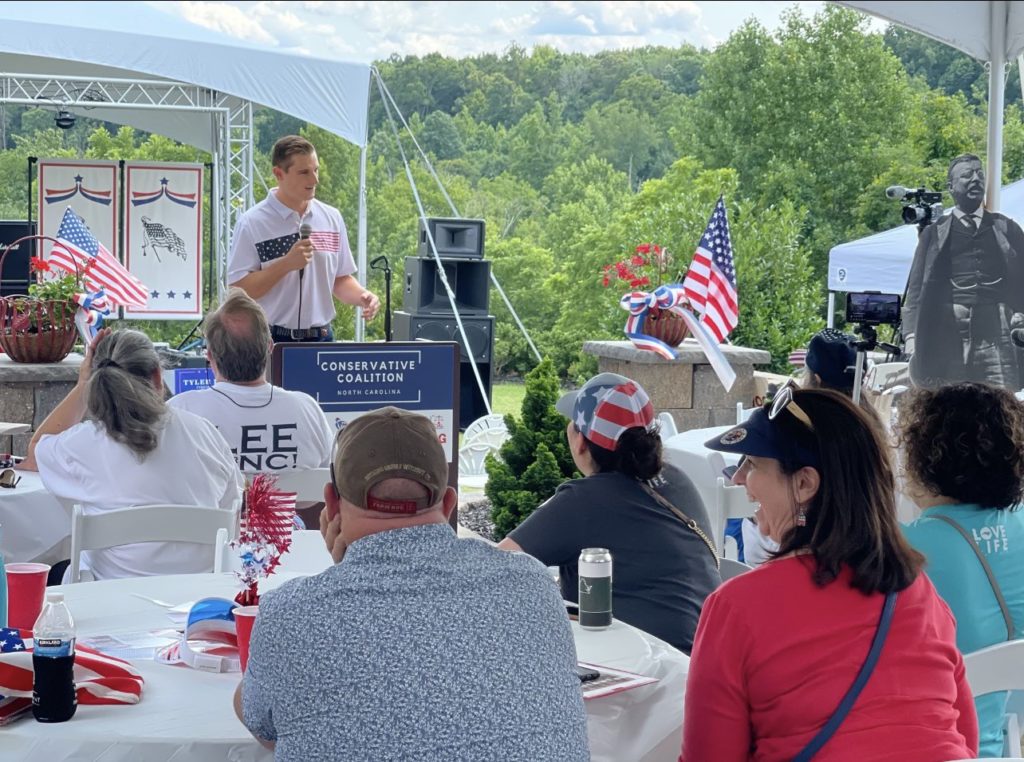 
Congressional candidate Bo Hines and his parents will host a fundraiser with U.S. House members Marjorie Taylor Greene, Ga-14, and Madison Cawthorn, NC-14, two of the most high-profile Republican members of the U.S. House.

The Christmas fundraiser is planned for December 17. A location has yet to be announced. The Hines campaign Twitter account made the fundraiser announcement Friday morning.

Please join @mtgreenee @CawthornforNC and I at our Christmas Reception in North Carolina. RSVP for details. Merry Christmas! pic.twitter.com/r69iiooZQx

Hines, a North Carolina native and former N.C. State football player, originally filed to run in the 13th congressional district. The Democrat-dominated North Carolina Supreme Court recently threw redistricting maps into chaos. At the moment, it's unclear if Hines will continue to be in 13th once new maps are drawn.
Go Back