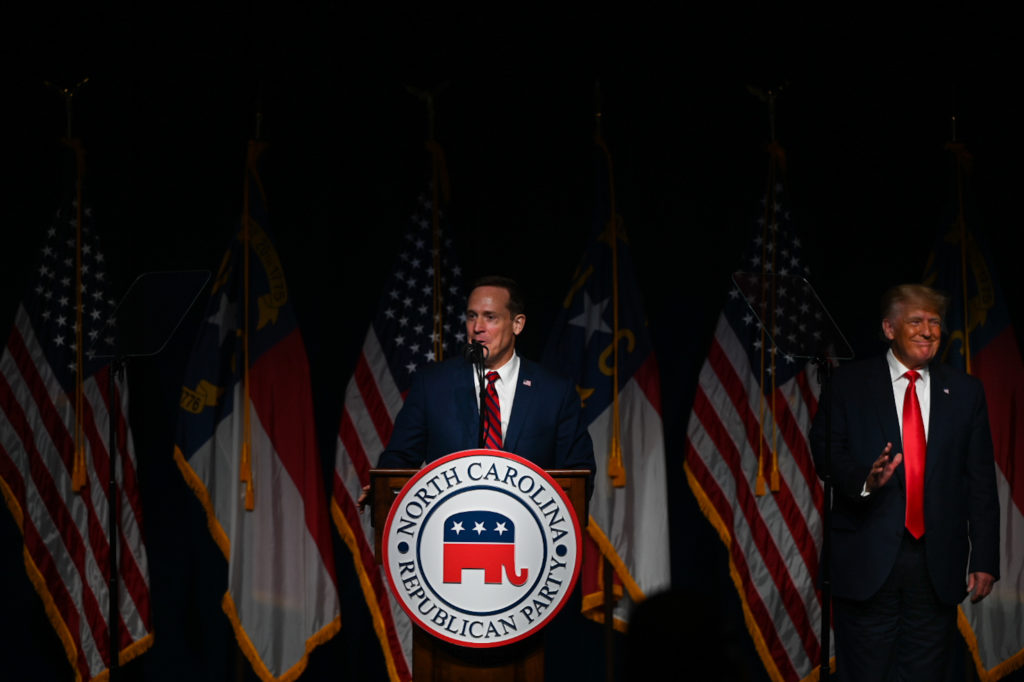 On an abbreviated ballot that only shows the top four contenders, each candidate performed slightly better: Budd (34%), McCrory (24%), Walker (10%), and Eastman (3%). Thirty percent were undecided.

The poll is a reversal from results in January, when McCrory led Budd with 24% support compared to 19%.

"Budd's nearly 13-point surge since the last time we polled this race, in January, leaps off the topline results. It's clear that Budd has leaped forward with the $10 million backing of Club for Growth Action in the past few weeks," said John Locke Foundation President Donald Bryson. Locke oversees the Civitas Poll. "What might be the most remarkable is that we are 40 days out from this election, and nearly 40% of likely primary voters are still undecided."

Michael Bitzer, professor of politics and history at Catawba College, said the poll results might show that GOP voters are coalescing around Budd, Trump's endorsed candidate in the race. But Bitzer cautioned that the "surprising" number is the amount of undecided voters remaining.

"For both Budd and McCrory, the magic number for May 17 is 30%" to avoid a runoff, said Bitzer. "Budd wants to remain above it, McCrory needs to pull Budd down below it. For Budd's campaign, the strategy of highlighting Trump's endorsement has probably been breaking through to potential Republican primary voters, while the Club for Growth attacks on McCrory could be holding his numbers down."

Another two key races in the upcoming midterm election will be a pair of seats on the N.C. Supreme Court. One of those has a Republican primary, and in that race 82% of likely GOP voters remain undecided, according to the Civitas Poll, with Trey Allen picking up 10% of support, April Wood 7%, and Victoria Prince 2%.

For GOP primary voters, three issues topped their priority list: Securing the border and preventing illegal immigration, combating inflation and lowering the cost of living, and ensuring election integrity. On that last issue, 60% said they do not believe the November 2022 general elections will be "free and fair," compared to 30% who believe elections will be "free and fair."

At the state level, 58% of respondents oppose expanding Medicaid in North Carolina, compared to 30% in favor.

Nationally, just 7.2% of respondents said the United States is headed in the right direction, compared to 91% who said the country is on the wrong track.

The poll was conducted by Cygnal and queried 600 likely voters from April 1-3.
Go Back