Rising prices of fertilizer and diesel affecting farmers | Beaufort County Now | Farmers across the country, including North Carolina, are “taking it on the chin” when it comes to diesel and fertilizer prices, which have risen to unprecedented levels.

Published: Sunday, April 17th, 2022 @ 2:00 am
By: Carolina Journal   ( More Entries )
Publisher's Note: This post appears here courtesy of the Carolina Journal. The author of this post is Theresa Opeka. 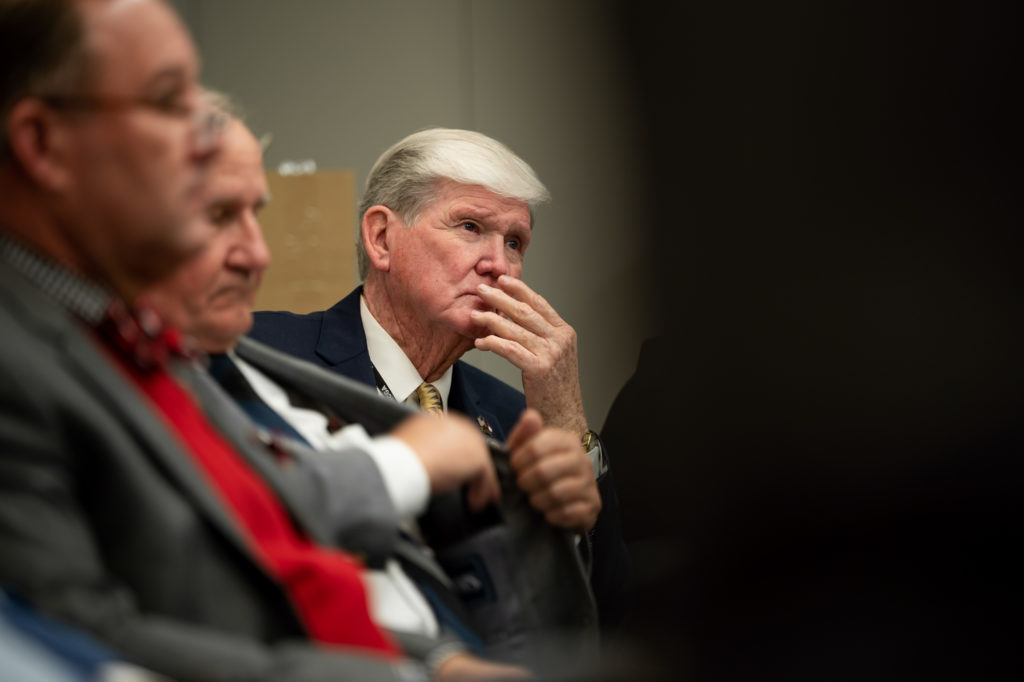 
Farmers across the country, including North Carolina, are "taking it on the chin" when it comes to diesel and fertilizer prices, which have risen to unprecedented levels. The U.S. is dependent on and a major importer of foreign fertilizer. Factors driving costs up include Russia's war with Ukraine, a limited supply of the relevant minerals and high energy costs, high global demand and agricultural commodity prices, reliance on fertilizer imports, and lack of competition in the fertilizer industry.

"Farmers understand they produce the only absolute essential energy in the world, food," Rep. Jimmy Dixon, R-Duplin, told Carolina Journal about the importance of the farmer's role in people's lives. "I don't think we have come up with a system yet that would allow us to get along without food."

Dixon, a semi-retired farmer, said of the gate receipts or agriculture product sold in North Carolina, nearly 70% is livestock, like chicken, turkeys, hogs, and cattle. "That's an amazing statistic," he said. "It's a big part of our agricultural economy, which is the biggest industry in the state. We are approaching $100 billion."

Dixon said farmers have it in their DNA to get up and go out and get the job done, but there is some worry with the trends happening with the economy.

"It's dramatically affecting the thinking of every farmer that I come in contact with," he said. "There is heightened anxiety about who will survive and who won't."

Ralph Britt of Britt Family Farms near Mt. Olive in Duplin County and Wayne County grew up on a farm and worked in chemical agricultural sales for 10 years after he finished his master's degree at N.C. State. He has been farming full time for 28 years and told Carolina Journal the prices for diesel and fertilizer are historic.

"Some of our fertilizers are up four-fold from last year," he said. "Nitrogen is produced through natural gas and a process that makes it. Fuel is double what it was last year. The cost of transportation is driving up the cost of inputs, delivery costs are all going up, but our biggest increase has been in fertilizer."

Britt said they use 500 gallons of diesel a day and with it costing well over $4 per gallon, nearly $5 in some areas, compared to being below $2 last year, it is definitely having an impact.

Britt's main crops are corn, soybeans, small grain, livestock, cattle, hogs, broilers, occasionally sweet potatoes, and peanuts. He plans on planting 1/3 less corn and replacing the acreage with more soybeans, mainly due to the rising costs of fertilizer. He said 99% of corn produced in the U.S. goes into feed grains for livestock, which will impact the cost of beef, chicken, pork, and sausage. About 10% of feed-grade corn also goes into the oil supply, impacting the cost of ethanol.

He said in addition to a rise in costs for livestock, people will see an increase in the costs of fruits and vegetables as well. It comes after COVID, when supply chains were already struggling and not as many people working. There was an especially impactful shortage of truck drivers. All these factors led to lower agricultural production.

While Britt isn't sure if the current situation will impact his farm's ability to get paid for production, he said they will definitely have to put a lot more money into their crops this year.

"This is going to be a year of very high risk," Britt said. "We have a chance to have a good year if we have a good crop and do a good job selling it. But our budgets are double what they were last year."

Britt said they invest a couple of million dollars every year in their row-crop operation. While they had some people out due to COVID and have had some trouble filling positions, they are currently doing well with their labor force, despite rising costs.

"Nobody is making minimum wage anymore, it's a moot point," Britt said. "That's a political ploy. Typically, our wages are double that on the farm. Our payroll is significantly higher than it was a couple of years ago."

Britt said they are also having trouble getting lime, one of the basic products needed for farming. It is used to affect the pH of the soil. Since the southeastern U.S. doesn't have any, they normally get it by barge from Canada or by rail from Tennessee. But with ongoing problems with barges in the world and the fact the railway system has been behind in delivery due to COVID, the supply is almost non-existent. He said they haven't run out of nitrogen due to planning ahead of time, but they will have to buy it throughout the season.

"The risk of planting this crop and not having fertilizer available to feed it could be a catastrophe," Britt said. "If we don't have the additional fertilizer we will need in May and June, to feed this crop, the crop won't produce. Supply issues are definitely a problem."

He said that while some tariff protections put in place for the fertilizer industry may have driven up the cost, predominantly, the Russia-Ukraine situation and post-COVID supply issues have had the biggest impact.

"We hoped we would be getting back to normal, and that hasn't occurred," Britt said. "The political climate in the world hasn't helped either. Not to be political, but things that were done for political or environmental reasons to slow down the U.S. production of fossil fuels have bit us in the behind at the worst possible time."

Britt said while there may not be a quick fix to the problems rising costs have created, he hopes the country can learn a lesson.

"The only thing I hope we learn is that we cannot be dependent on China for chips or the Middle East for fuel or Russia," he said. "Even though a microchip may be cheaper in China, for us to be completely dependent on it long-term is not in the interest of our economy or national security. The whole 'Made in the USA' thing is more important today than it has ever been. We can't be dependent on an adversary that may hold that over our heads in the event of sanctions or political wars."
Go Back