Published: Monday, May 2nd, 2022 @ 12:26 pm
By: Carolina Journal   ( More Entries )
Publisher's Note: This post appears here courtesy of the Carolina Journal. The author of this post is CJ Staff. 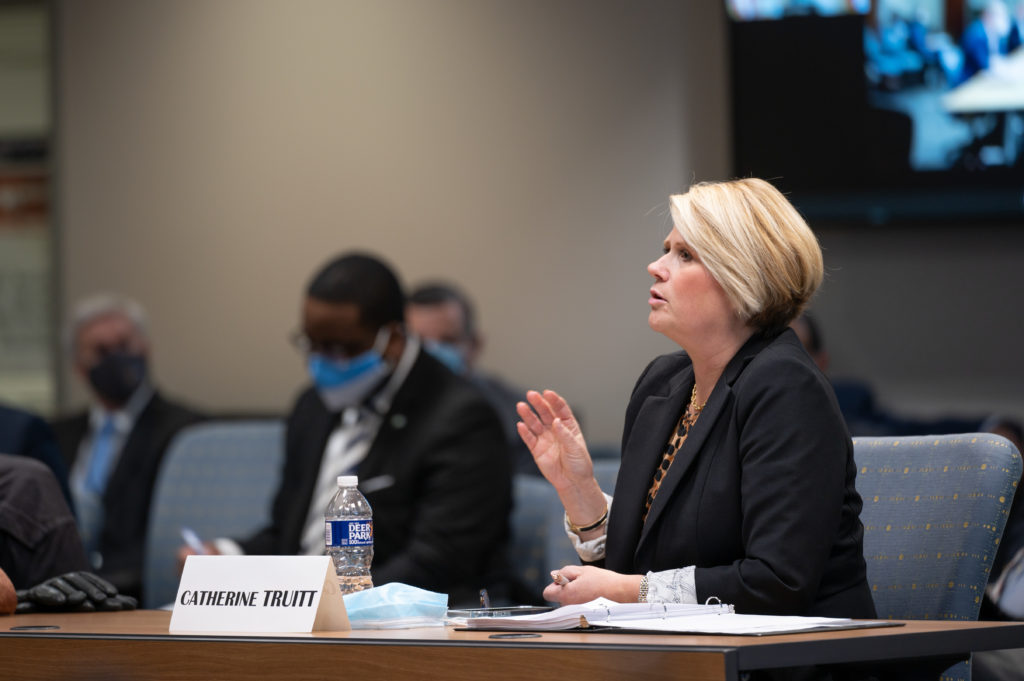 
The little-known North Carolina Textbook Commission was caught in the Senate primary election crossfire this week, after being painted as a body delivering "woke" politics to N.C. classrooms. The accusation comes from a new attack ad by a PAC supporting GOP Senate primary candidate U.S. Rep. Ted Budd.

It targets former Gov. Pat McCrory, who also is running in the Senate primary. The ad claims that the John Locke Foundation, parent organization of the Carolina Journal, opposed McCrory's appointments to the Textbook Commission when he was governor.

Dr. Terry Stoops, head of the Center for Effective Education, wrote the 2014 post. He said that while the ad lacked context, this is a "teachable moment" about school choice and engaging the community in the curriculum process.

"Given that much of what happens in classrooms is not subject to public scrutiny, there is a legitimate fear that activist educators will infiltrate the textbook and standards adoption processes to disseminate trendy leftist dogmas," Stoops said. "Despite my initial concerns about the composition of the textbook commission, I found no instances where the members recommended 'radical' textbooks or instructional materials, nor have I heard or read a single complaint related to the adoption of textbooks by the commission appointed in 2014. But times have changed."

The School Freedom Fund super PAC is responsible for the ad. The group is affiliated with Club for Growth, which has endorsed Budd. Their strategy to win the primary has focused heavily on millions in ad spending and the growing alarm among Republican primary voters over "woke" politics and Critical Race Theory in public schools. The ads try to paint the former Republican governor as complicit, while McCrory told WRAL that the ads are a "total deception."

Classrooms have long been seen as the front line of liberal ideology, with conservative voters only finding their voice on the issue in the wake of COVID school shutdowns and the furor surrounding Critical Race Theory proponent Nikole Hannah Jones' appointment to a position at UNC-Chapel Hill's Hussman School of Journalism in 2020. The result has been vehement calls for parental say in school curriculum and school choice.

In a poll released by the John Locke Foundation in January, 66% of N.C. voters believed that the state's K-12 education system is on the wrong track, and 81% believe that parents should have the ability to choose where their child attends school.

The rising voices puts extra pressure on N.C. Superintendent of Public Instruction Catherine Truitt as she works to assemble a list of nominees for 10 empty seats on the N.C. Textbook Commission. Truitt served as senior education advisor to McCrory during his term as governor. Her list is expected to be presented at the next N.C. State Board of Education meeting on May 12.

N.C. Textbook Commission: How does it work?

The 23 members of the commission serve for four years. According to statute, the governor is responsible for filling the commission based on recommendations from the state superintendent of public instruction. While governors cannot make their own picks, they do not have to appoint those recommended. If they do not appoint those recommended, however, the seats remain vacant. Rather than leave the seats vacant in 2014, McCrory accepted the recommendations from Democrat Superintendent June Atkinson.

N.C. General Statutes §115C-87, "Appointment of Textbook Commission," says "The Governor shall fill all vacancies by appointment for the unexpired term." When a statute states that a government official or agency "shall" rather than "may" take an action, the direction carries legal obligation.

According to DPI's textbook selection flow chart, the textbook commission makes recommendations for books based on the curriculum designed by state curriculum committees, and the State Board of Education has the final say on textbooks. The state board is made up of Republicans Lt. Gov. Mark Robinson and state Treasurer Dale Folwell, plus eleven members appointed to staggered terms by the governor.

This issue is bound to draw even more attention in the coming months. Over the summer, work begins to redesign North Carolina's health and sciences curriculum, likely triggering demands to incorporate identity politics in classrooms, including debate over the definition of gender and sexuality in health studies.

"Superintendent of Public Instruction Catherine Truitt wisely created an internal procedures manual to govern the process of revising academic standards," said Stoops. "Yet, even the most well-designed process will not settle hotly contested debates about the best way to teach young adults about biological sex and gender identity."
Go Back