Candidates endorsed by President Trump swept both contested West Virginia congressional primaries yesterday.  The one most watched pitted two incumbents, whose districts were combined in redistricting.  The larger part of the new district was drawn from the former district of RINO Congressman David McKinley, who was one of the handful of RINOs who sold out to Biden and voted for his fake "infrastructure" boondoggle.  That vote was a major issue in the primary and Democrat Senator Joe Manchin did an ad supporting McKinley over it.  McKinley was defeated by conservative Congressman Alex Mooney, who was endorsed by President Trump and also backed by the conservative Club for Growth.  It wasn't even close.  Mooney won by almost 20 points.

Meanwhile, in the Nebraska primary, the Trump endorsed candidate for governor was edged out in the primary by a candidate backed by the incumbent governor.  Both were conservatives and both ran ahead of a third candidate who openly ran as a moderate.  Trump supported candidate Herbster had been targeted by allegations of sexual harrassment by eight women, but he contended that was all fabricated. 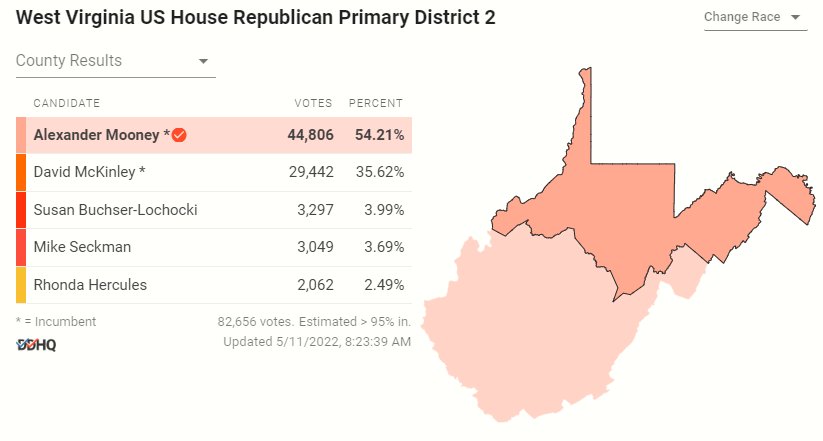