RINO turncoat Mitch McConnell is holding a celebration in his home state of Kentucky with Biden of one of last year's major big spending bills, the fake "infrastructure" bill which spent $1.2 trillion to fuel inflation.  McConnell is showing Republican voters whose side he is really on, and why he did all he could to hurt the Republican Senate candidates in 2022.

By corralling enough Republican sellouts to meet the 60 vote threshold to pass cloture on the "infrastructure" bill, McConnell thereby allowed the Democrats to save their one "reconciliation" slot for another big spending bill, the so-called "Inflation Reduction Act" that, in fact. fueled inflation even more.  That is McConnell's pattern of being an errand boy for left wing Democrat presidents on big spending bills.  He did the same thing to backstab Republicans in the Obama years.

One of the useful idiots that McConnell got to go along in these budget-busting scheme was the utterly useless Thom Tillis.

McConnell has worked much more closely on spending issues with Obama and Biden than he ever did with Donald Trump.  That is because Mitch McConnell is, at heart, a big spender himself.  Biden praised McConnell for his "loyalty" and that just reinforces who McConnell is NOT loyal to, and that is Republican voters. 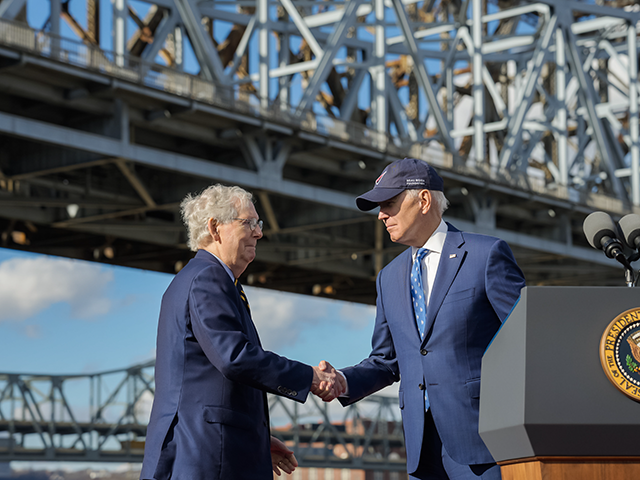